IT ALL STARTED HERE 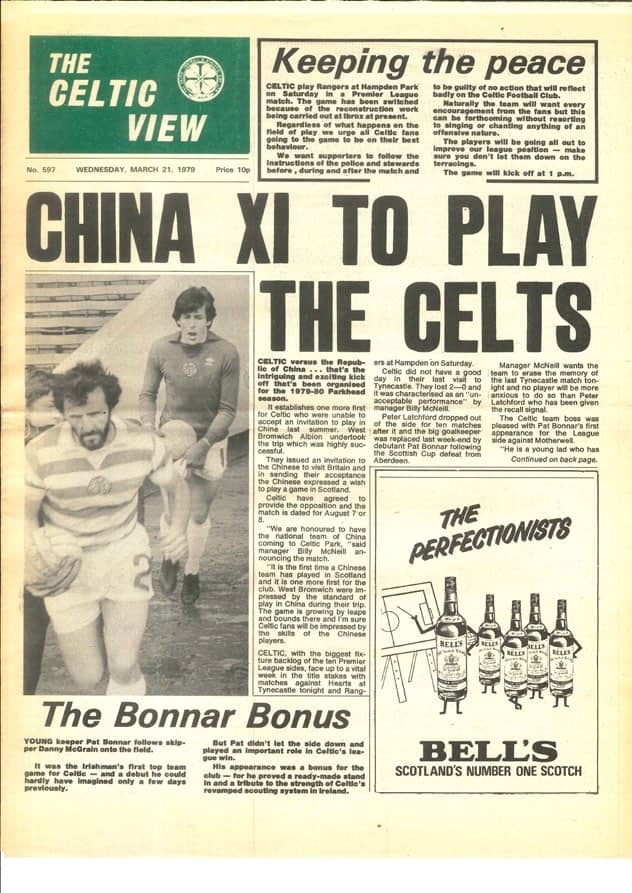 THE harsh winter of 1978/79 played havoc with the Premier Division schedule and the fixture backlog affected Celtic more than most.

Indeed, in the four weeks between March 28 and April 28 they played no fewer than TEN league games and still had another SIX to cram into the first three weeks of May….

And with regular keeper Peter Latchford already having spent a 10-match period in the shade of understudy Roy Baines, it perhaps wasn’t the best time to let the latter move to Morton.

Baines returned to Cappielow on March 8, though, and when Aberdeen put Celtic out of the Scottish Cup after a replay, manager Billy McNeill was looking for more cover at the back.

Enter Patrick Joseph Bonner who, less than a year earlier, had been Jock Stein’s final signing for Celtic.

And, as destiny would have it, the 18-year-old Donegal Bhoy made his debut for Celtic on St Patrick’s Day 1979.

THE visitors were Motherwell and a crowd of 16,000 saw two goals from veteran Bobby Lennox give the Celts a 2-1 with none other than future Celt, Simon Donnelly’s father, John, scoring for the Steelmen.

The Celtic View at the time though, perhaps harking back to the days of the 1940s and ‘50s when John Bonnar kept goal for the Bhoys, continually spelt the young keeper’s name wrongly.

Under the headline of ‘The Bonnar Bonus’, a shot of Bonner coming out of the tunnel was captioned: “Young keeper Pat Bonnar follows skipper Danny McGrain on to the field.

“It was the Irishman’s first top-team game for Celtic – and a debut he could hardly have imagined only a few days previously.

“But Pat didn’t let the side down and played an important role in Celtic’s league win.

“His appearance was a bonus for the club – for he proved a ready-made stand in and a tribute to the strength of Celtic’s revamped scouting system in Ireland.”