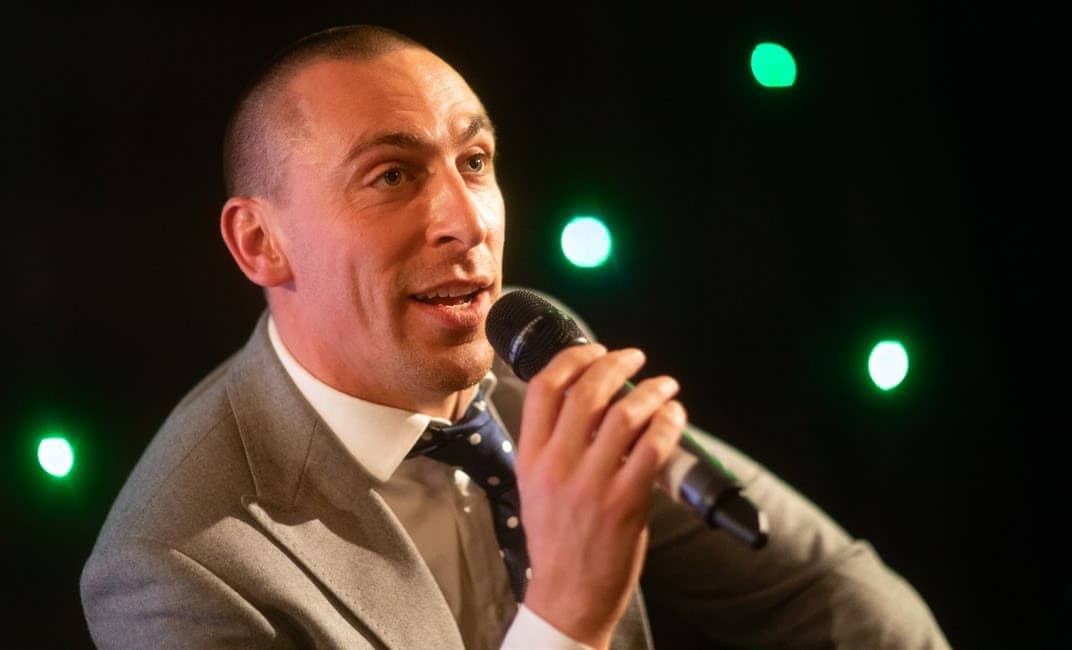 CELTIC FC Foundation’s second fundraiser in Ireland – One Night in Donegal with Scott Brown – took place on Saturday night at the Silver Tassie Hotel in Letterkenny.

It was sponsored by Bulmers, who also very generously provided a complimentary drink for every guest. Around 550 supporters packed the venue and the sell-out event proved to be a fantastic success, with an incredible amount in the region of €20,000 raised.

The event was organised in partnership with the Donegal Association of Celtic Supporters Clubs, and they were instrumental in securing key support and in all elements of planning and organisation.

The package included a Q&A with the Celtic captain, live music from Liam McGrandles, an auction, prize draw and a fabulous three-course meal.

However, there were also some very special guests in the form of the treble – the SPFL trophy, the Scottish Cup and the Scottish League Cup – and guests had the opportunity for photos.

Peter Martin was MC for the event, and his first task to welcome the guest of honour, Scott Brown, into the room to a standing ovation.