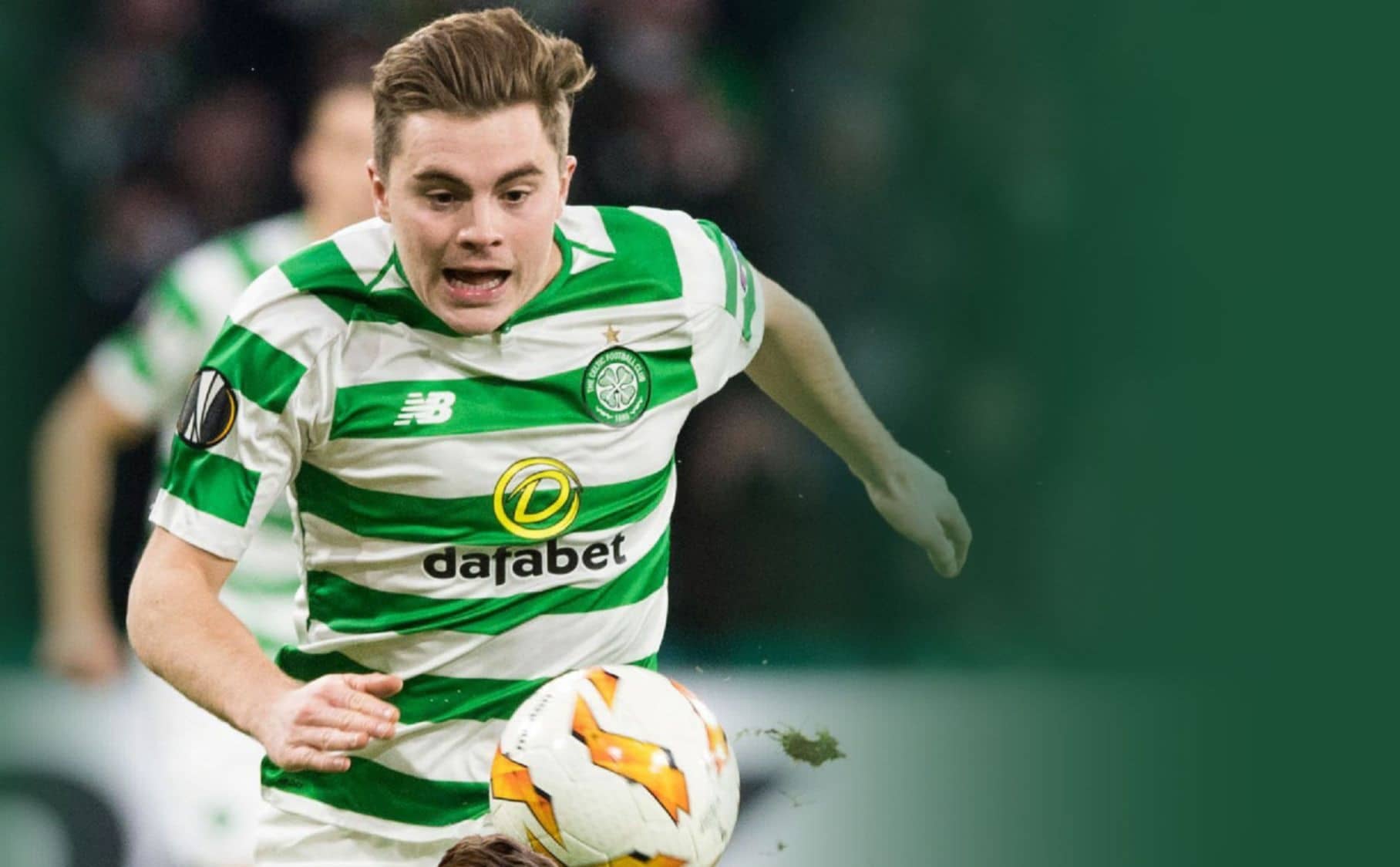 Celtic winger will keep working hard as he aims to play his part in the Hoops’ drive for silver success.

JAMES Forrest played his 200th Scottish Premiership game at the end of 2018. It’s fair to say that he is a familiar face to opposition players. Yet despite that, defenders have continued to search for a formula to curtail his impact in a game. That has been down to Forrest’s work ethic and a desire to find new solutions to old problems. The Hoops winger scored on his debut, which came in a 4-0 win over Motherwell at Paradise back in May 2010. Now, at the age of 27, Forrest is a consistent presence in the starting XI and a key figure in the club’s success. The consistently impressive form he has shown since Brendan Rodgers took over has been one of many highlights of the past two-and-a-half years. In the two seasons before Celtic’s Invincible season, Forrest hadn’t managed to hit more than four in goals and assists in a single campaign.

But in the first season working under the Irishman, he scored eight goals and weighed in with 13 assists. He had only hit such heights once prior in his senior career, which was in the 2011/12 season under Neil Lennon, when he scored nine times.

The Academy Bhoy made even greater strides last season, with an impressive tally of 17 goals and 10 assists. And he’s showing no signs of stopping there in the current campaign, having already bagged 11 goals alongside a remarkable 17 assists.

There are a multitude of factors which have yielded those results, which includes the mentality Forrest embodies. Confidence is crucial for wingers and Brendan Rodgers has undoubtedly evoked so much of it in Forrest.

“Last year was probably my best season in terms of goals and assists,” said Forrest in an exclusive interview with the Celtic View. “This season I’m doing well, but I need to keep working hard in every game and hopefully I can keep contributing.