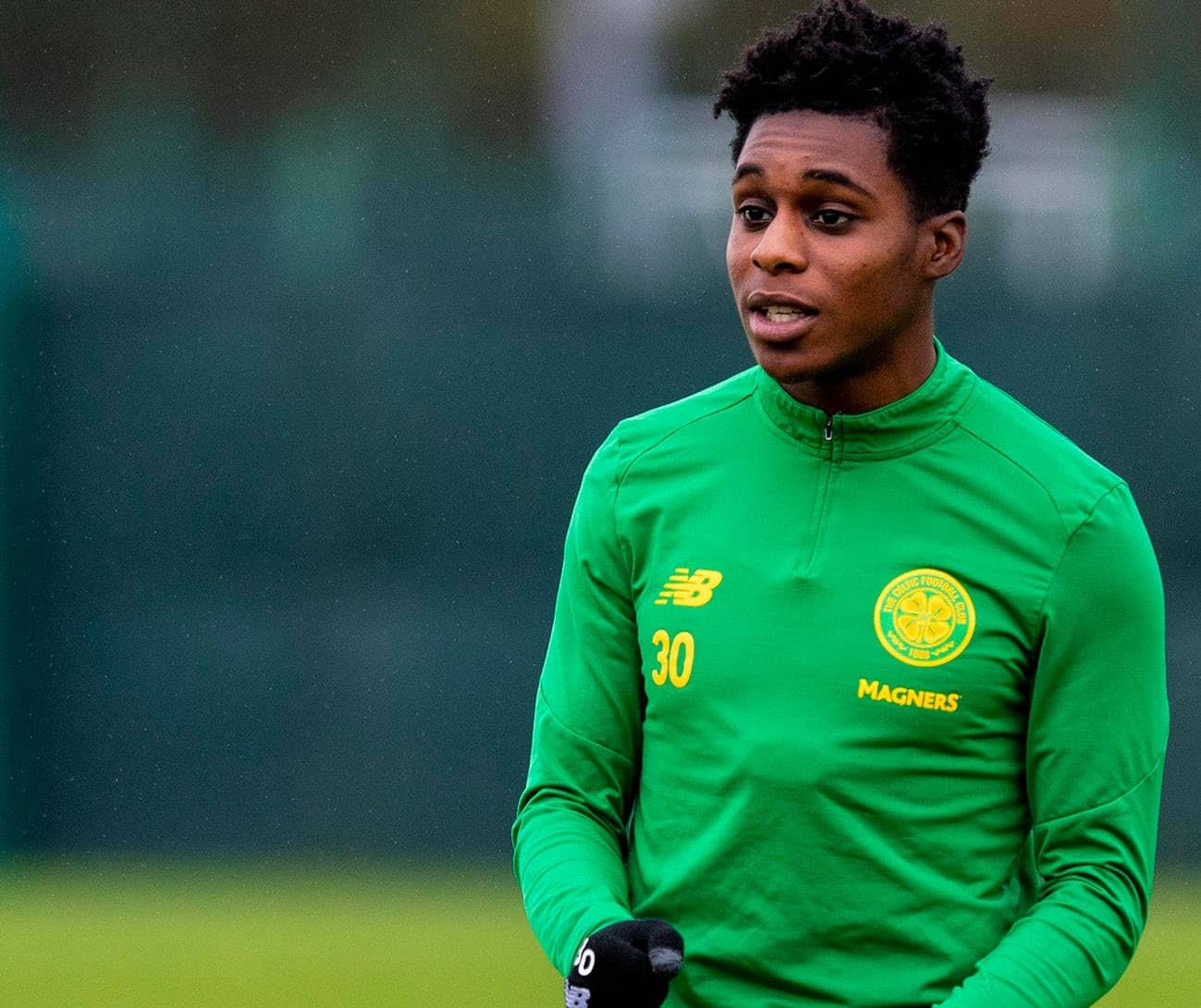 Jeremie Frimpong knows he still has a way to go before becoming a first-team regular, but he took a massive step last week and he is prepared to make sacrifices to achieve his aim

JEREMIE Frimpong joined the list of Celts to make their debut as a teenager when he started in last week’s League Cup quarter-final win over Partick Thistle. However, the full-back’s performance was more akin to a player many years his senior. For Frimpong, ability trumps age and he intends to continue showing that in the months ahead.

It was a double debut for the 18-year-old when the Dutch youngster was named in the starting XI for the Hoops’ game against Thistle. When Frimpong walked out of the tunnel and on to the pitch at Paradise he made not only his Celtic bow, but his professional debut in senior football.

He had come through the ranks at Manchester City’s youth academy and was playing for the club’s Under-23s when Celtic signed him on a four-year deal in August.

His young age may have led many to expect him not to feature in the first team for some time, but Frimpong immediately impressed Neil Lennon in training and the manager showed his faith in the youngster by starting him in what turned out to be a 5-0 win over the Jags.

He was awarded the Man of the Match and he spoke to the media immediately after the game. His excitement at having made his debut in senior football with Celtic was undeniable. However, the following day, it was clear he had hit the reset button and was fully focused on earning another opportunity in the team.

“It’s gone now, it’s behind me, but at the time I was over the moon to have made my professional debut with Celtic,” said Frimpong in an exclusive interview with the Celtic View. “To top that off with the Man of the Match was great. Now, though, my focus is on what’s in front of me, so I’m working hard so I’m ready to go again.

“I don’t think it was a perfect start. I was satisfied with it, but I know I can do much more and I really want to show that. “Before the match, the manager told me to approach the game like I do training. He said if I played like I trained I would be fine, so not to put too much pressure on myself.”

Training with the Celtic first-team squad is a huge step up for any young player but Frimpong has so far shown he is up to the task. He admitted it hasn’t been easy to match the incredibly high standards of a Treble Treble-winning team, but the support of the coaches and players has been invaluable.