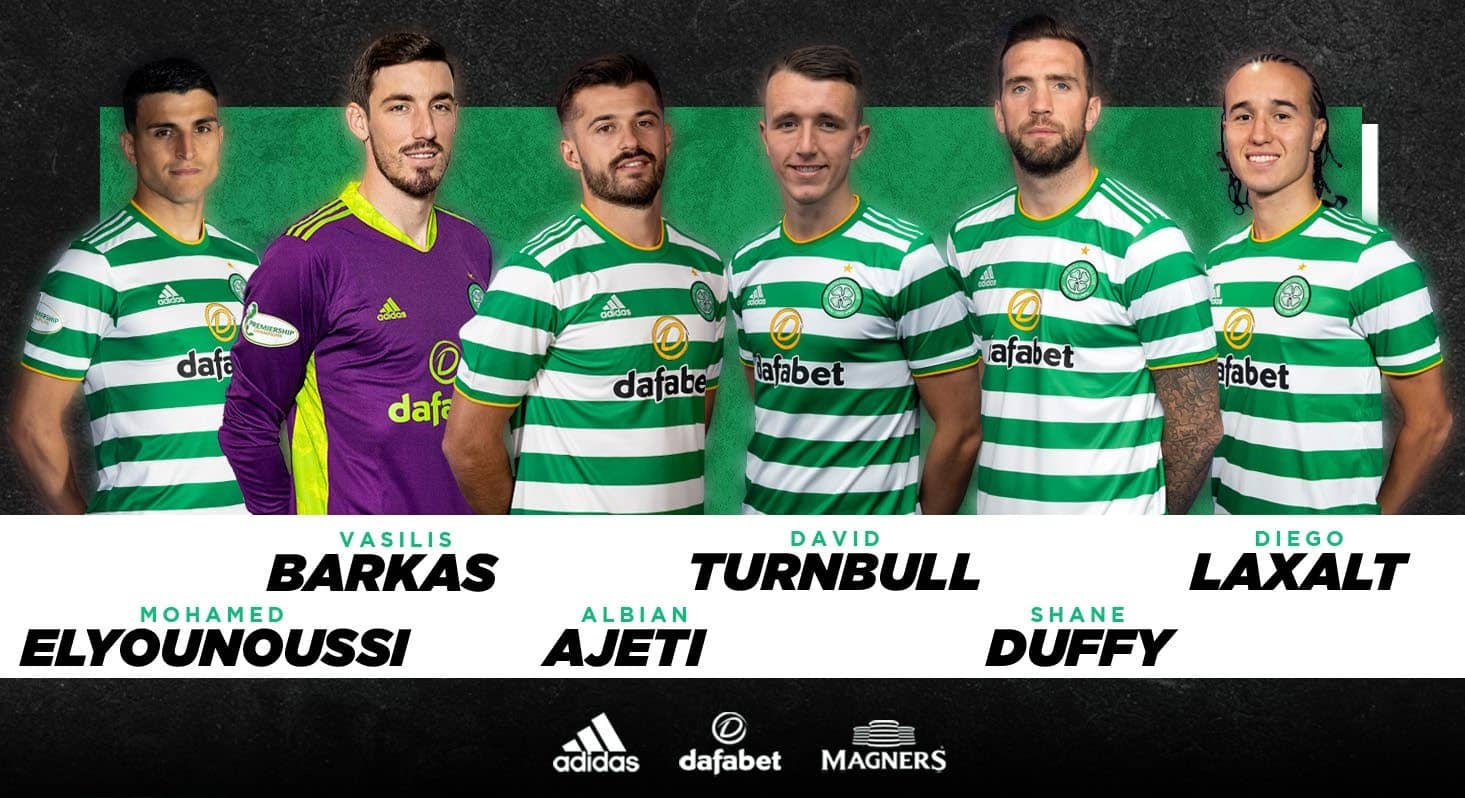 The Hoops’ transfer window delivers half-a-dozen of the best

THE early 2020/21 transfer window wound down to a close last week on Monday, October 5 and, at the close of business, Hoops supporters around the world looked back on no fewer than six deals that delivered flair, skill, and tactical options all over the pitch.

From the six deals, three are permanent moves and one of the three season-long loan deals includes one who extended his stay after tasting success with the Hoops last term as the club wrapped up nine-in-a-row.

The returning Celt is striker, Mohamed Elyounoussi who has increased his loan spell from Southampton and he has been joined by five completely new faces in Vasilis Barkas, Albian Ajeti, David Turnbull, Shane Duffy and last but not least, Diego Laxalt.

A Norwegian, a Greek, a Swiss, a Scot, an Irishman and an Uruguayan have joined the international Celtic Park mix as the Hoops meet the 10-in-a-row challenge head-on and all of the new Bhoys except for Laxalt who was last through the door just prior to the international break, have now made their Celtic debuts.

If the start of the season is anything to go by, then this transfer window is already a success and will prove to be a fantastic piece of business by the club in pinpointing, accessing, and delivering talent from all over the world.

Over the following six pages we look at each new individual acquisition for the club as we say: “Welcome to the greatest club in the world Bhoys!” 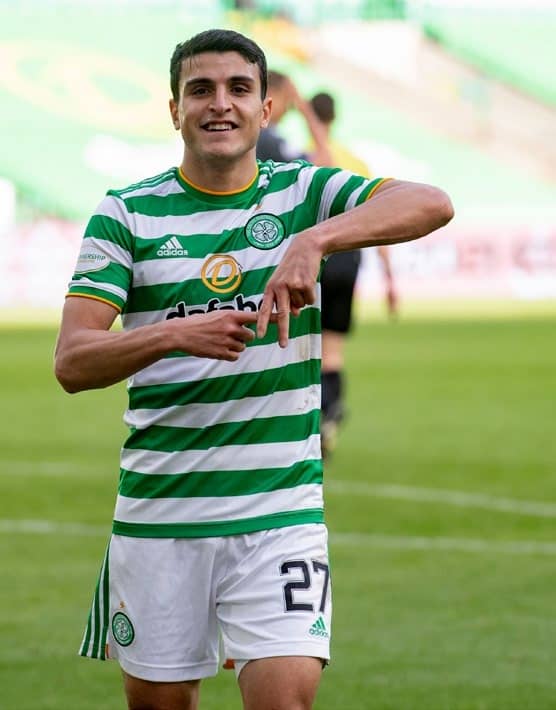 “It’s hard to say no when you get so many messages and feedback – love from the fans, and obviously I will try to give something back. The fans, of course, are one of the reasons why I’m staying here another year.”

THE first of the new batch to pin their green and white colors to the Paradise mast didn’t need much of an introduction to his new team-mates or a tour of his new surroundings, for loan signing Mohamed Elyounoussi had come up from Southampton the previous season – and liked it so much he decided to stay and remain a Celt.

The striker signed on loan from the English Premier League club in August 2019 and the 25-year-old made his debut in a 1-0 win away over Hamilton Accies that September, while he netted the first of seven Celtic goals last term in a UEFA Europa League group-stage victory over CFR Cluj at Celtic Park. 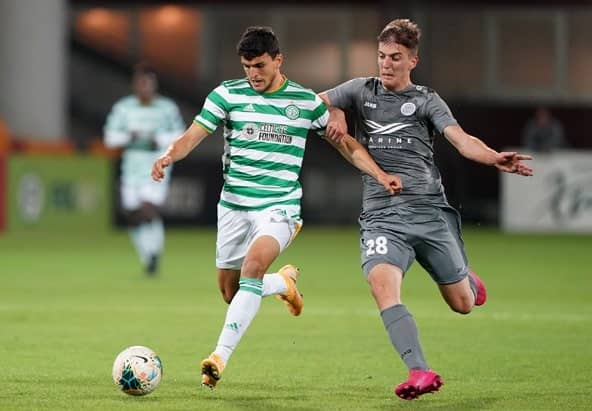 He also scored doubles in the 6-0 home win over Ross County and the 5-2 League Cup semi-final win over Hibernian, and he picked up two medals with Neil Lennon’s side last season – the League Cup and the Premiership. And the attacker was part of the first-ever Celtic side to win a competitive match in Italy when the Hoops beat Lazio 2-1 in Rome.

Since then, Moi has now swapped the Saints for the Celts once more and he’s delighted that he has returned to Paradise for the campaign.

The Norwegian also made his ‘second’ debut against Hamilton Accies, this time in a 5-1 win at home as the Hoops were presented with their ninth successive Premiership trophy. Moi got off the mark this season on the goals front with a double in the 6-0 win over KR Reykjavik while he then went on to strike in consecutive matches against Riga FC and Hibernian a few days apart.

That last-gasp goal against the Latvian champions was crucial as it took the Hoops through to the playoff round against Sarajevo and eventual group-stage progress. 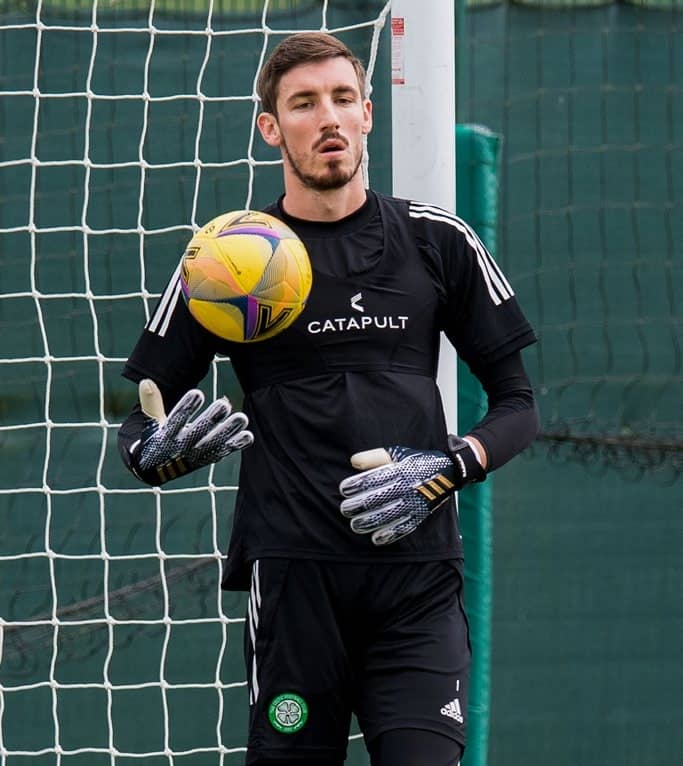 “When I played here, I remember the atmosphere in the stadium, it was extraordinary. We can’t play with fans at the moment, but I’m looking forward to that soon.”