Why Is Cycling So White? 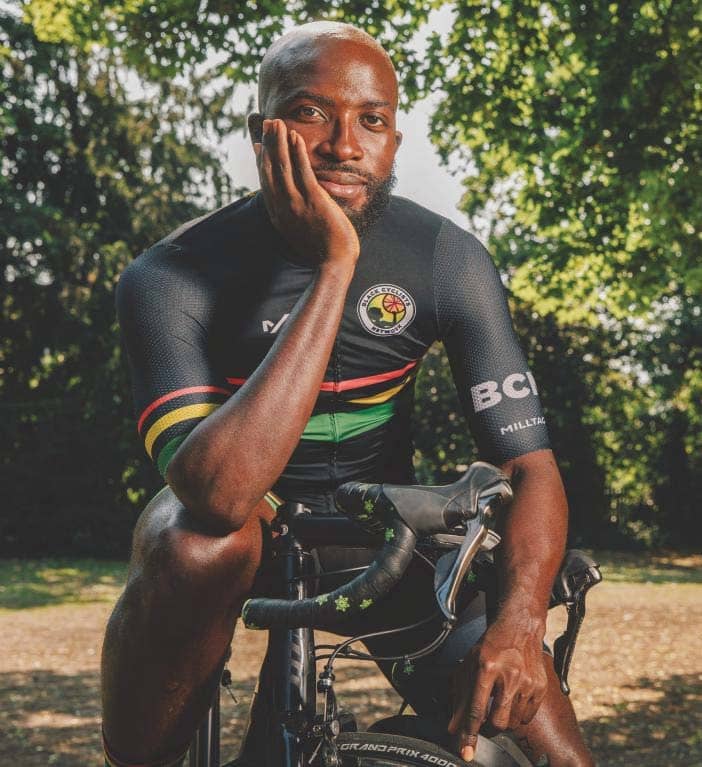 The sport has always suffered from an under-representation of ethnic minorities, from grassroots to the top level of racing. Maria David investigates what is being done to increase BAME riders in cycling

There was much jubilation on the podium at Le Havre and on the streets of Asmara, Eritrea, after stage six of the 2015 Tour de France. Why? Because history was made when Daniel Teklehaimanot, then riding for MTN Qhubeka became the first black African to wear a leader’s jersey – the King of the Mountains polka-dot jersey. Although he lost it to Chris Froome after four days, this was a milestone and a hopeful sign in the move towards a more racially diverse professional peloton. That was a good year as the peloton also included Teklehaimanot’s team-mate and compatriot Merhawi Kudus, as well as Yohann Gène from Guadeloupe, riding for Europcar.

Since then, things have evolved steadily but very slowly and we are left asking the perennial question, why is cycle racing so white?

The roots of that lack of representation at the sport’s top level run deep and far back in time.

Nowhere is this more stark than at grassroots level in the UK, where Black, Asian and Minority Ethnic (BAME) participation in bike racing is embarrassingly low. British Cycling no longer collects figures on ethnicity as standard due to General Data Protection Regulation (GDPR) concerns, but survey figures from a sample of 4,614 riders who took part in any type of competitive cycling event in the last two years show that barely one per cent of the participants are from ethnic minorities. That compares with 13 per cent of the total UK population of 63 million people.

A report on diversity by rider and activist Andy Edwards, published last year on the BC website, made a series of proposals for what clubs could do to attract ethnic minority bike riders, but how far these have been adopted is yet to be measured.

When you talk to BAME riders who have been in the sport for decades, it’s clear that cycling has a long history of failing to welcome black riders. Former national track cycling champion Maurice Burton recalls racist treatment during his career in the 70s and 80s. “The second time I won the scratch race at the track National Championships in 1974, the crowd booed,” he says. “The following year in the 20km final, I DNF’d after crashing. But the officials still disqualified me. It was like they wanted to kick me when I was down. After that, I decided not to race in the UK again. At that time I’d been beating Commonwealth medallists and was clearly a stronger rider, but I was not selected to compete in the Montreal Olympics either.”

Paul Douglas, a veteran cyclo-cross racer, says that he only ever saw two black racers in 30 years of cycle racing in London and in the South West. “I got into cycling around 1989 as a way to avoid going to church on a Sunday!” he says. “A friend of mine was working at Halfords, so we used to train together. Then, I joined Gloucester City Cycling Club and felt accepted in the sport. Last year, I did a cyclocross race as part of Cheltenham Bike Week and won, and people came up to me after the race wanting to talk to me as they’d never seen a person of color racing.

“Being the only black guy in the area, it would have been great to see other black people racing, but that didn’t really faze me, as it was my passion for cycling that kept me in.”

Certainly, as a bike racer myself, I see more black people training in the lanes of Surrey and Kent now than I did in 2000 when I started.

London-based clubs like Penge Cycling Club and Cycling Club Hackney – both based in major BAME communities – have a few BAME riders, though numbers are still low compared to the local population. In my first club, Addiscombe CC, there was one guy of Indian origin, and a black guy called Toks, who still races now. Toks makes the point that the initial reception people get at a club is key to whether they stay in the sport. As he recalls fondly when he stated: “I traveled from Highbury to Coulsdon, Surrey, for my first club run wearing trainers and tracksuit bottoms and on a flat-barred bike. I didn’t know much about cycling, and when I saw the guys in all their gear, I thought, ‘What am I doing here?’ But folks were welcoming. They saw that I was strong and gave me lots of tips on getting new kit. I am a confident person, but I imagine many others in my position would’ve immediately turned back and never returned.”