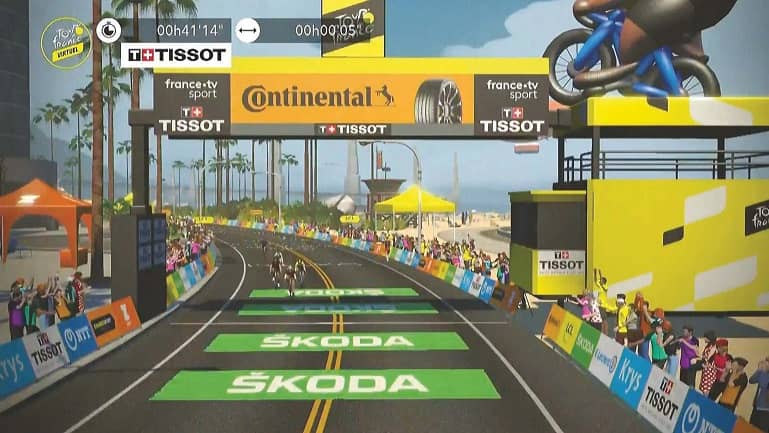 The first weekend of the Virtual Tour de France provided valuable insights into which riders are starting to hit peak form before the return to road racing later this month. Winners over the weekend included Ryan Gibbons (NTT) and Julien Bernard (Trek-Segafredo) in the men’s race and April Tacey (Drops) and Lauren Stephens (Tibco-Silicon Valley Bank) in the women’s contest.

These were all impressive results but Stephen Gallagher, director of coaching and sports services at Dig Deep Coaching, who has spent years analyzing data from races, pointed to Sunday’s climb to the Zwift Epic KOM as the best indicator of riders’ form. That climb, at just under halfway through the 33km race, is around 10km long and is mostly steady around six percent but kicks up in the final section, to the radio tower, to 12 percent. 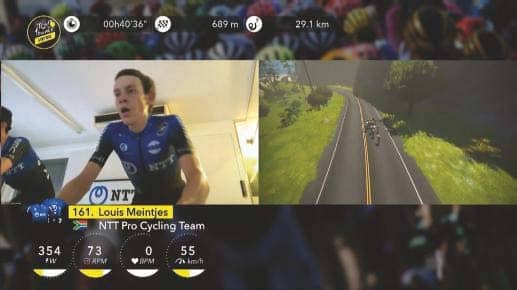 Geraint Thomas (Ineos) animated the early parts of the climb and his young team-mate Tao Geoghegan Hart was left to follow the offensive of Michael Woods (EF) at the beginning of the steep section and eventually a quartet of Nicolas Edet (Cofidis) and Freddy Ovett (Israel Start-Up Nation) would form over the top. The race eventually came back together, with Bernard winning the group sprint.

Gallagher pointed to Woods as putting in the most impressive display. “All of those guys [in the front at the top of the climb] were able to sustain over seven watts per kilo for the full final part of the climb, the last three and a half to four minutes… at the bottom of that steep section, they were over eight watts per kilo while the other guys could only lift it to about 6.7 to 6.8W/kg.”

Woods was the only one known to be at altitude, however, at his European base in Andorra, and it shows he is very well recovered from his leg break in Paris-Nice in March. “I’d say he’s going to come back to the start of the year really strong,” said Gallagher. He also pointed out it was a similar effort to that which Woods had done to ride to bronze in the World Championship road race in 2018 and that showed he was back to his best.