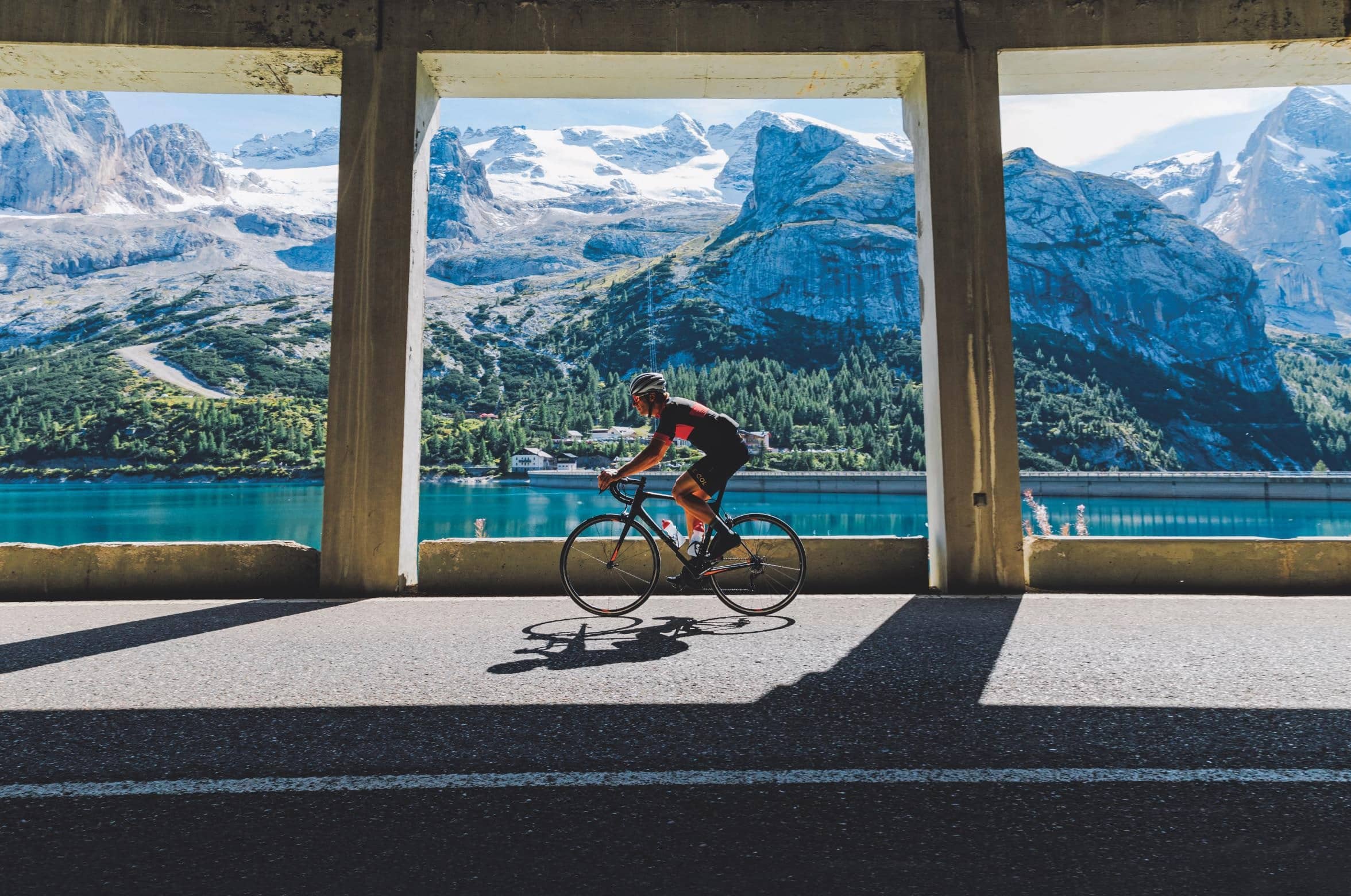 The Alta Badia region of Italy boasts a range of unsung summits that deserve to be scaled by every cyclist, as Dan Baines found

“ If you start to feel sick let me know,” says my guide Marco Rossini about a third of the way into the ride, referencing the high altitude I am about to experience. I’m here in the Dolomites to sample the pleasure of this hard-to-get-to region. Tagging along with him, I am riding the four passes of the Sella Ronda route, which is the shorter 55km loop of the Maratona dles Dolomites Gran Fondo. The distance may be short but 1,780 metres of elevation is not to be sniffed at.

Heading out this morning, it’s clear I am in for a good day of riding — the sky is blue and the air has a cool mountain crispness to it. With bottles full, we head out of the pretty village of San Cassiano which is our base for a few days and head north to join the circular route we’ll be tackling. It doesn’t take long to get to the sleepy village of La Villa which every year hosts the start of the Maratona and is just a short ride from the first climb of the day, the Passo Campolongo. Rossini reassures me that after the initial steeper switchbacks, the climb will settle into the perfect warm-up — at just 5.8km long, gaining 353m in altitude at an average grade of 6.1 per cent, it’s not just the legs that feel prepped for the day’s exertions, but the mind has been primed too. The metres tick by and by the top I’ve found my climbing legs after a summer of riding in the UK had rendered them redundant. 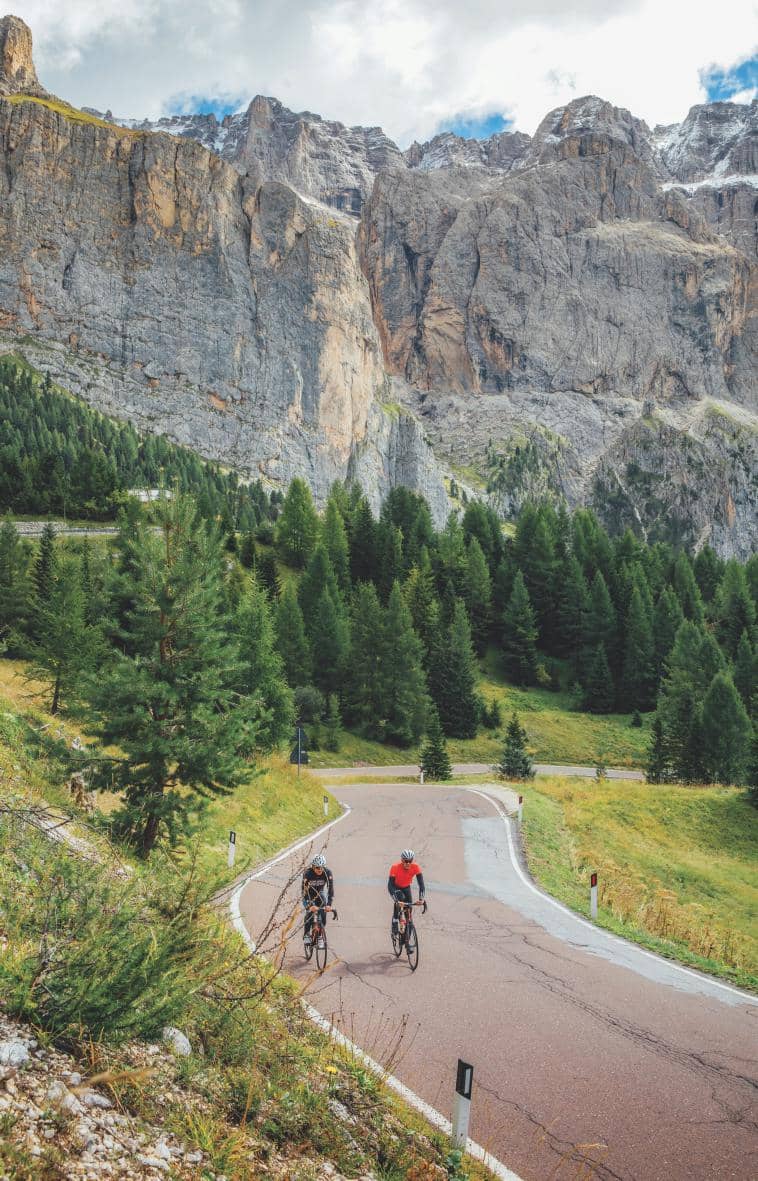 After the first few kilometres I start to notice that some signposts are trilingual, reflecting the traditional Ladin language and culture and how the region has been ruled by the Austro-Hungarians, and latterly, the Italians.

After a brief respite in Arraba to lose our top layer of clothing, we turn right onto the Passo Pordoi, which is the longest of the four Sella Ronda climbs and has an average of 6.9 per cent for the 9.2km to the top. Heading out of the village, we’re thrown into the wide open expanse of the valley. Although we are only just north of 1,600 metres in altitude, on this side of the pass trees are scarce and the road can be viewed running all the way westwards to the summit.