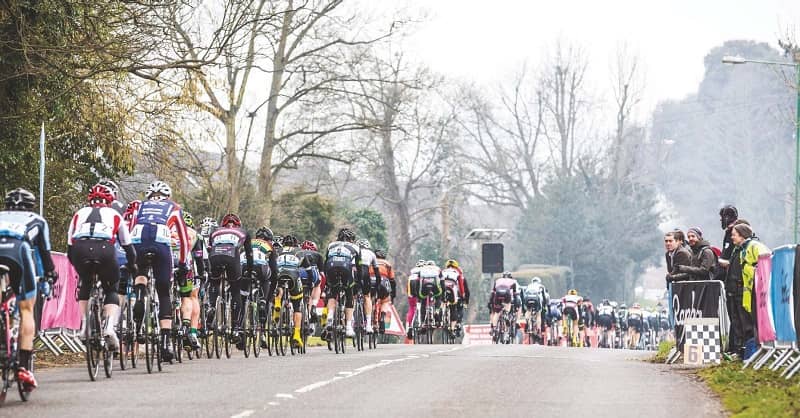 Events both competitive and social have been cancelled, but creativity can still bring cyclists together to ride and race, writes James Shrubsall.

Ladies and gentlemen, cycle sport has left the building. Rest assured that one day it’ll be back, centre stage, thrilling and entertaining us with what is likely to be the renewed vigour of one reborn. But for now, there are no races in Britain, not even group rides, while the UCI has cancelled all racing under its remit.

For Britain, the turning point was last Monday (16 March) when the government stated that it wanted everyone to cease non-essential socialising and travel. By the next morning both British Cycling and Cycling Time Trials had called off all affiliated racing – BC until 30 April and CTT until the end of May.

That left hundreds of cyclists who have spent their winters fastidiously following [and paying for] coaching plans in order to reach race fitness come the start of the season now wondering what on earth all it was for. While race organisers who have dedicated their free time to the careful planning of early-season events now stand to see hard work – and a certain amount of money – go to waste.

Despite all this, nobody at club level that Cycling Weekly spoke to had any problem with the cancellations and neither, they reported, did the riders who found themselves without an event. The cycling community, it seems, has adopted a slightly embellished take on that famous Second World War slogan: “Keep calm, carry on, and don’t moan.”

One of the key early-season road race dates each year is the Wally Gimber Trophy, promoted by Dulwich CC and due to have been held last Sunday in Kent, 22 March. It lays claim to being the UK’s longest running road race, having run every year since 1960. Last Sunday would have been its 61st edition.

“I took over five years ago, and I was thinking ‘I hope I’m not the first organiser to miss a year!’,” said organiser Patrick Hawkins. And while that may have come to pass, Hawkins said everyone involved had been very accepting of the need to cancel. “Everyone’s saying ‘look, this is the situation’. Saddened but accepting,” he said.