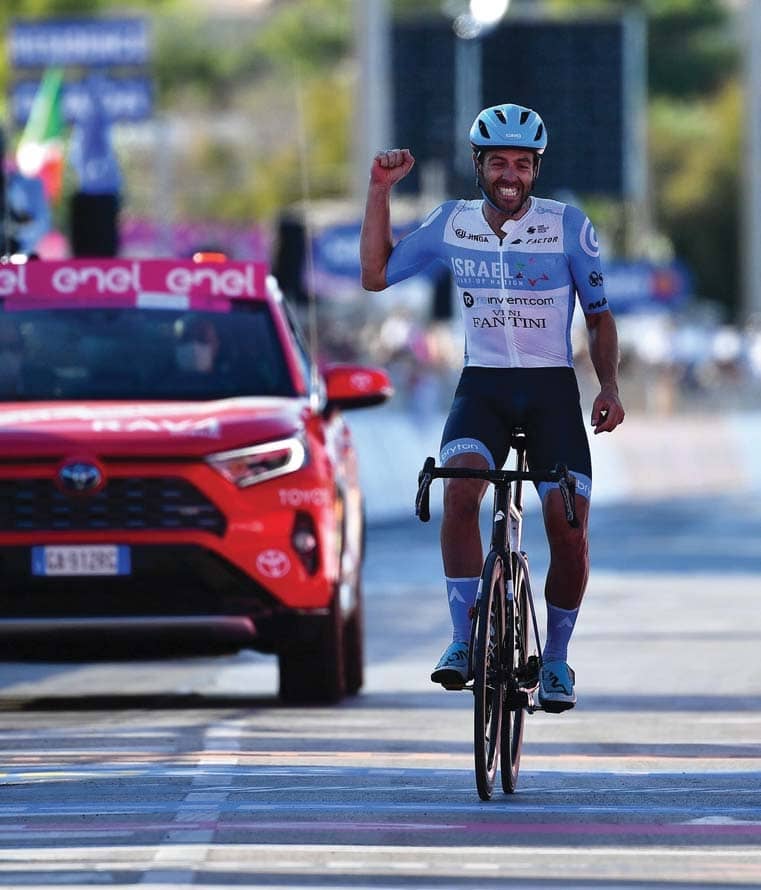 Alex Dowsett had barely given a second thought to winning stage eight of the Giro d’Italia until that morning when he would go on to claim an emotional solo win in Vieste.

Dowsett said he hadn’t considered the stage a prospect for a win when looking at the route before the Giro started.

“I go into these races as a lead-out man and for the time trials where I can go for myself,” he said. “I see this kind of days as more days to recover and get through, just to fill the gaps between mountains and time trials. Even in the morning, I saw it like that.”

However, he said the team identified in the morning meeting that there would be few teams with a strong reason to chase so everyone in the squad tried to make sure they had someone in the break. Dowsett had by now pulled on his skinsuit and aero socks, should it be him, taking the team’s first Grand Tour win.