How well do you know…Cycling in the 1990s 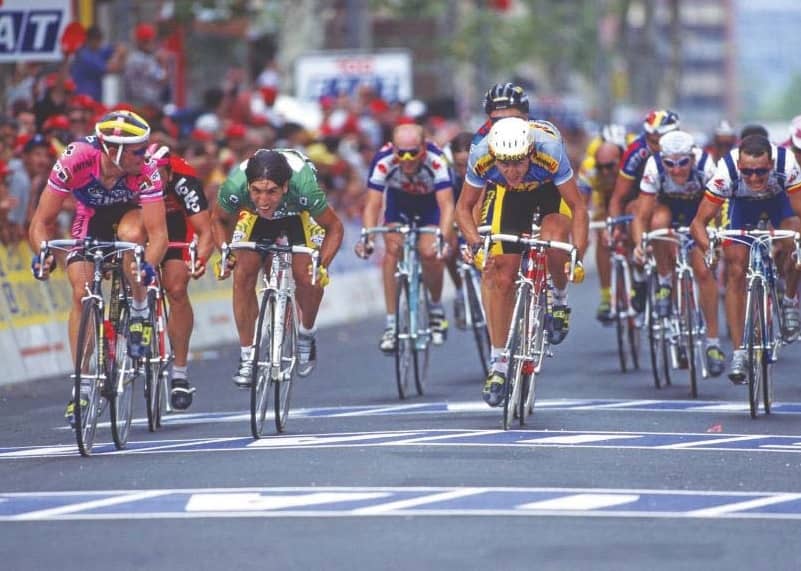 The British cycling resurgence began and the sport became mired in scandal – what hit you the hardest?

1 The Spring Classics in 1990 saw the first – and so far, last – Canadian podium placing in Paris-Roubaix when which rider came second to Eddy Planckaert in a two-up photo-finish sprint?

2 Spain’s Miguel Indurain won the Tour de France five times in the first half of the Nineties — how many times did he win the Giro d’Italia?

3 A certain Texan won a very wet World Championship road race in 1993. In which European city was it based?

4 In 1992 Chris Boardman won Britain’s first cycling Olympic gold in a very long time; what year had the previous one been won?

5 The modern Jumbo-Visma team can trace its origins back to 1990, when it began under which the main sponsor?

6 The Hour record enjoyed a resurgence in popularity in the Nineties in which Chris Boardman and Graeme Obree played a significant part. How many times did they break the record between them from 1990 to 1999?

7 Chris Boardman’s final record of the Nineties, set in 1996, was set in a stretched out position that was banned shortly afterward — what name was it given?