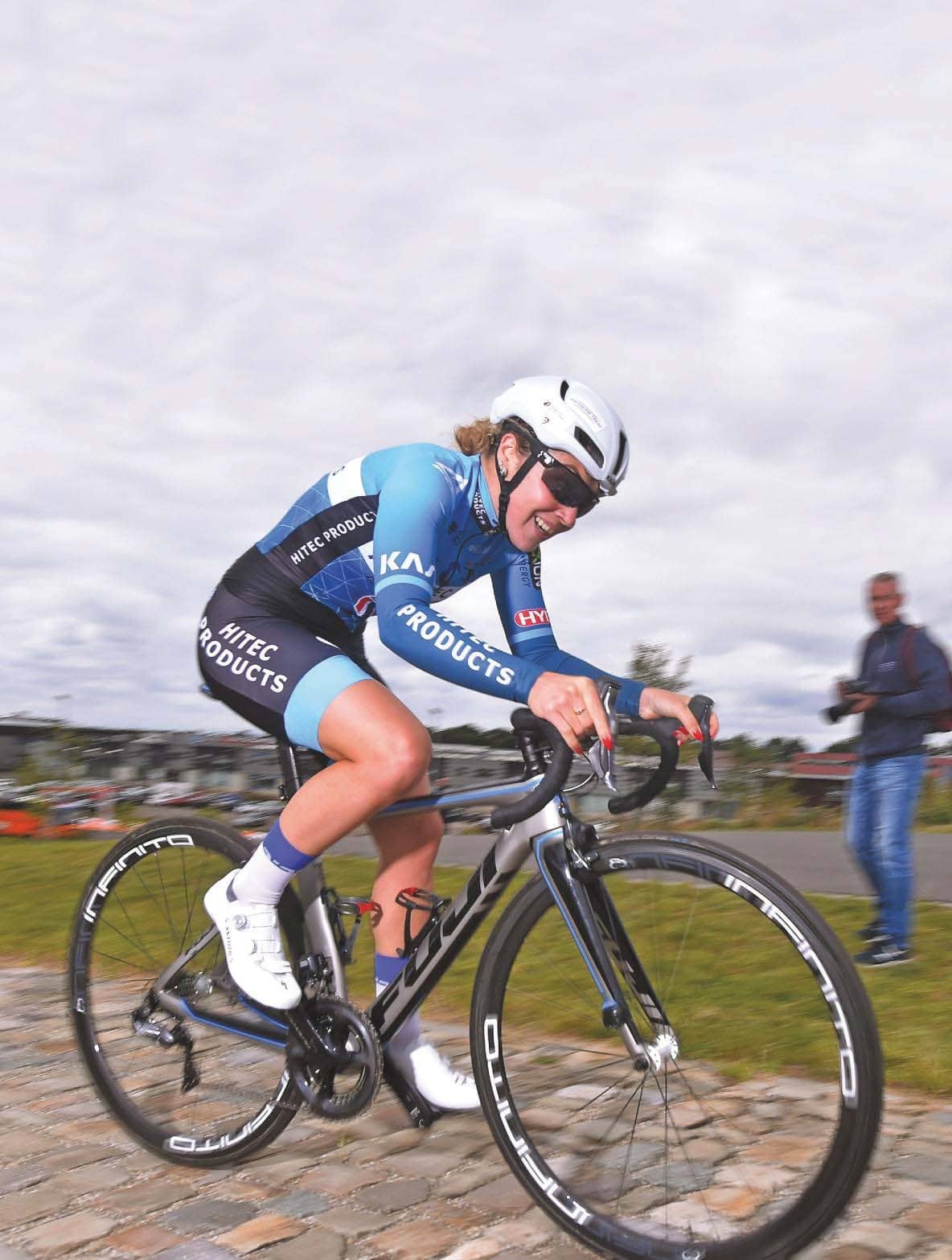 Shouts of triumph, shock, even tears; emotion is not an unusual thing when a rider wins a race. But when Lucy van der Haar took the overall at February’s inaugural Dubai Women’s Tour, the British rider had every reason to sob.

A sprinter’s raison d’être is to win for the team, but van der Haar’s stage and general classification victory came nearly five years after her last. Now riding with Norwegian squad Hitec Products, the success could mark a new dawn for the 25-year-old, who attracted a good deal of hype as Lucy Garner (her maiden name), winning consecutive junior rainbow jerseys in 2011 and 12.

“Coming from the juniors there was so much expectation to come out and be this amazing rider, people expected more from me,” explains van der Haar, now married to Dutch cyclo-cross star, Lars. “I enjoyed every single moment of being a junior and being successful was really amazing, but afterwards that’s the point where the serious work happens, stepping up then made me realise.

“It feels like a completely different life. Obviously it was amazing and it was so super special to be able to wear the rainbow jersey, but life happens.

“I struggled a lot for quite a few years and it’s only since I moved to Hitec that I’ve started thinking this is where I am, this is the level I am at, so let’s work from here and see what I can do.