FIRST LIGHT OF A NEW DAWN 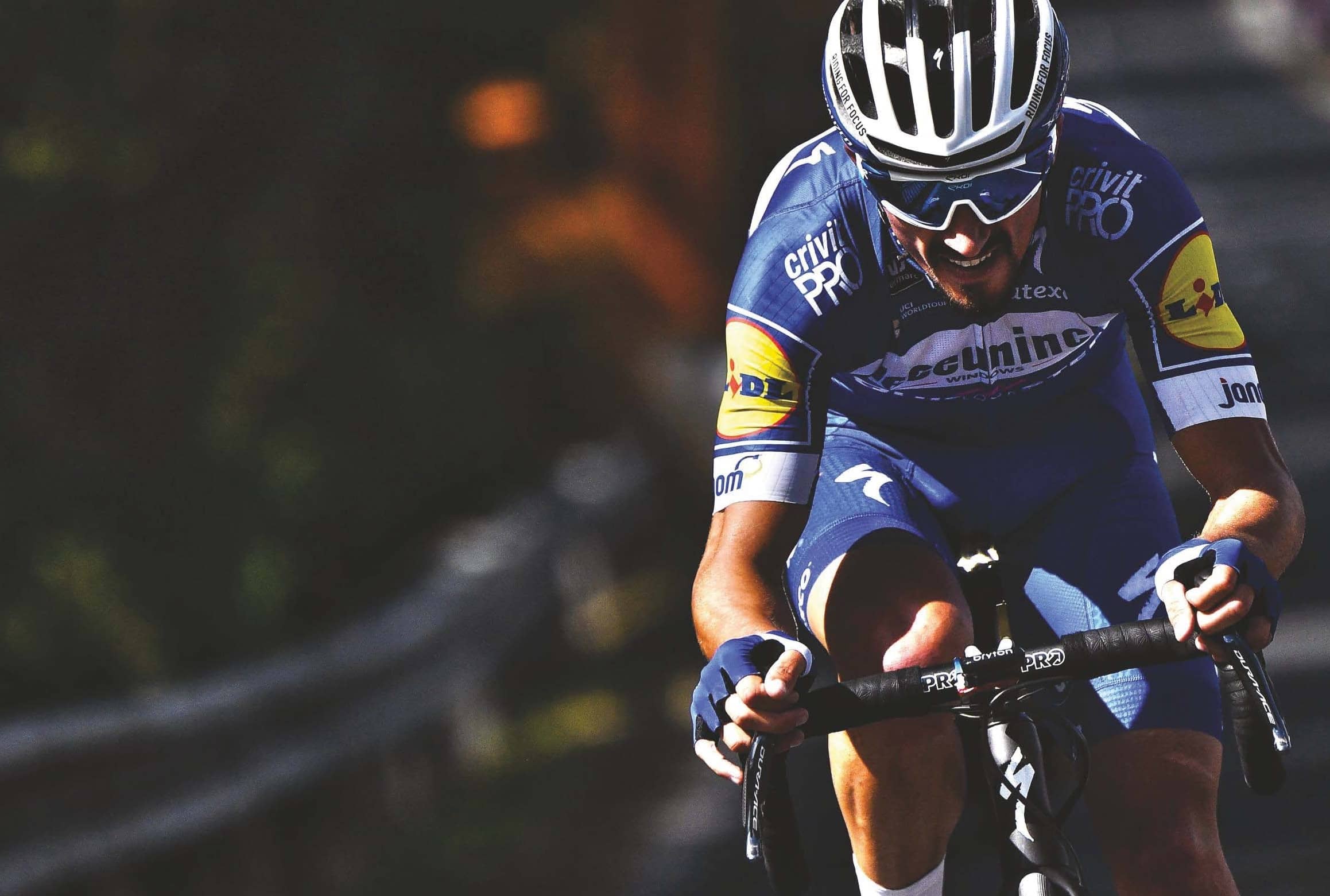 French riders caught the popular imagination at the Tour de France last year, highlighting how the likes of Julian Alaphilippe and Thibaut Pinot are breathing new life into a sport that has long wallowed in the French doldrums

To a large extent, these numbers explain why cycling has lost its luster in one of racing’s traditional powers over the past three decades. Combined with innumerable doping scandals, cycling has steadily slid down the sporting hierarchy, mirroring declines in both Italy and Spain. Once able to put football in the shade, during the summer at least, bike racing has been anchored in the doldrums for so long that a host of other sports have caught and sailed past it, notably Formula 1, basketball and rugby.

Finally, though, there is a sense of renaissance. In 2016, Arnaud Démare ended a long winning drought at Milan-San Remo, his success emulated last year by Julian Alaphilippe. In 2018, Thibaut Pinot delivered the first French success at Il Lombardia for more than two decades. During that same period, Romain Bardet twice finished on the Tour de France podium, while Alaphilippe and Pinot both lit up last year’s edition, the former almost pulling off the most unlikely of overall victories, the latter looking set to inherit his compatriot’s yellow jersey until an unusual thigh injury forced him to abandon. “I was sure that Pinot was going to win,” eventual champion Egan Bernal admitted during the off-season break.

What’s more, this resurgence in French fortunes looks likely to be sustained. Coming up behind these renowned names is a swathe of younger talent, including Benoît Cosnefroy and Pierre Latour at Ag2r La Mondiale, David Gaudu and Valentin Madouas at GroupamaFDJ, Guillaume Martin at Cofidis, Elie Gesbert at Arkéa-Samsic, and Rémi Cavagna and Florian Sénéchal at Deceuninck-Quick Step. French cycling is on the up, its biggest names not only rivaling the best for major titles but also attracting new fans to the sport.