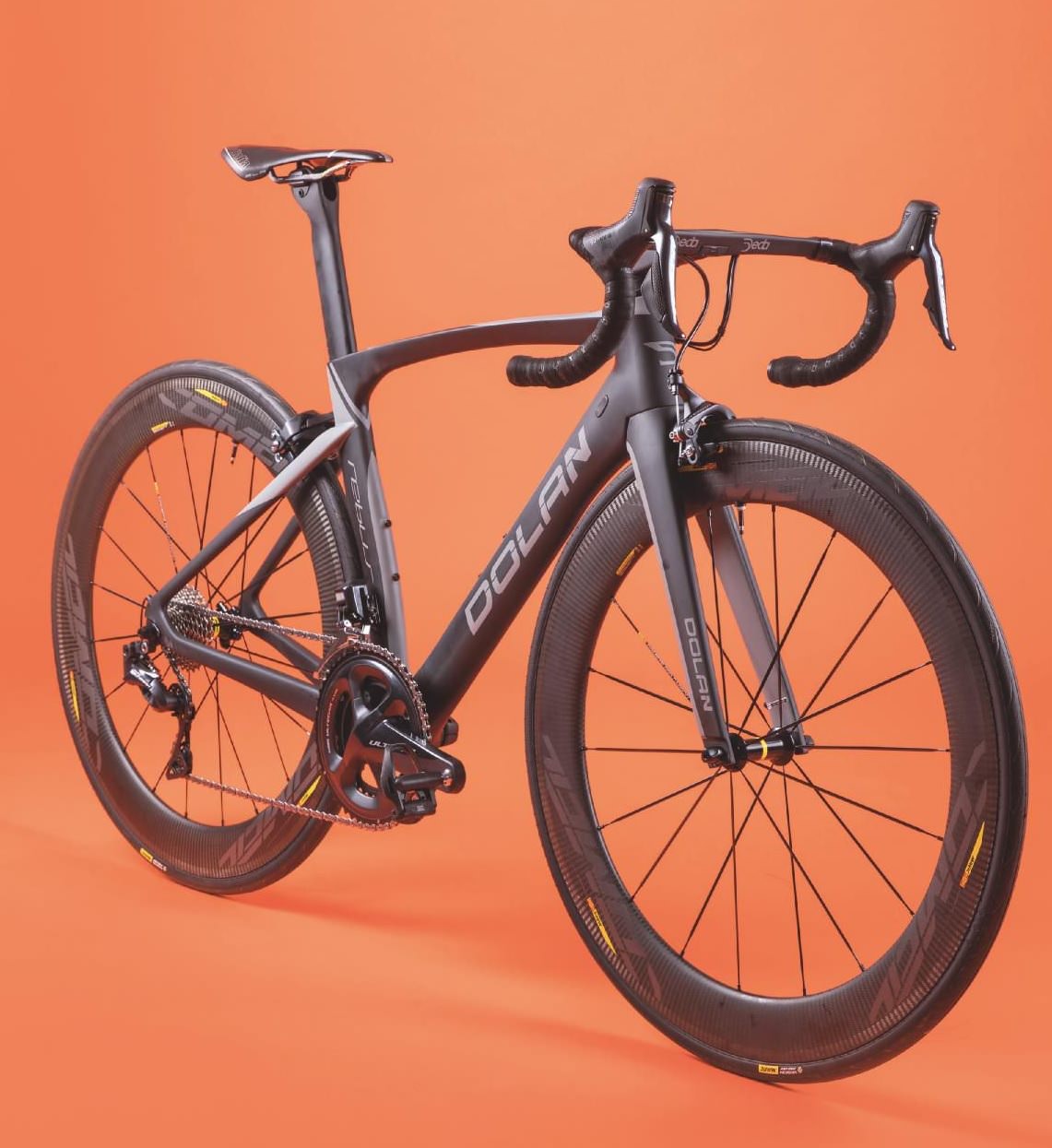 Dolan has put bikes under some of the best riders in the world over the years — Chris Boardman and Bradley Wiggins to name two.

The new Dolan Rebus is made from high-end Torayca T1000. That carbon is used in the Pinarello F10, to put it into perspective.

The Rebus is an aero frame, with dropped rear stays for improved aerodynamic efficiency as well as compliance, while the frame hugs the front and rear wheels to promote stable airflow over the frame itself.

According to the website you can fit a maximum of 25c tyres in the frame, which uses dual-pivot rather than direct mount calipers, which would supply clearance for up to 30c tyres. However, I reckon at the rear you could get a 28c tyre in easily, though the front is a little more restrictive.