BACK ON THE TT BEAT 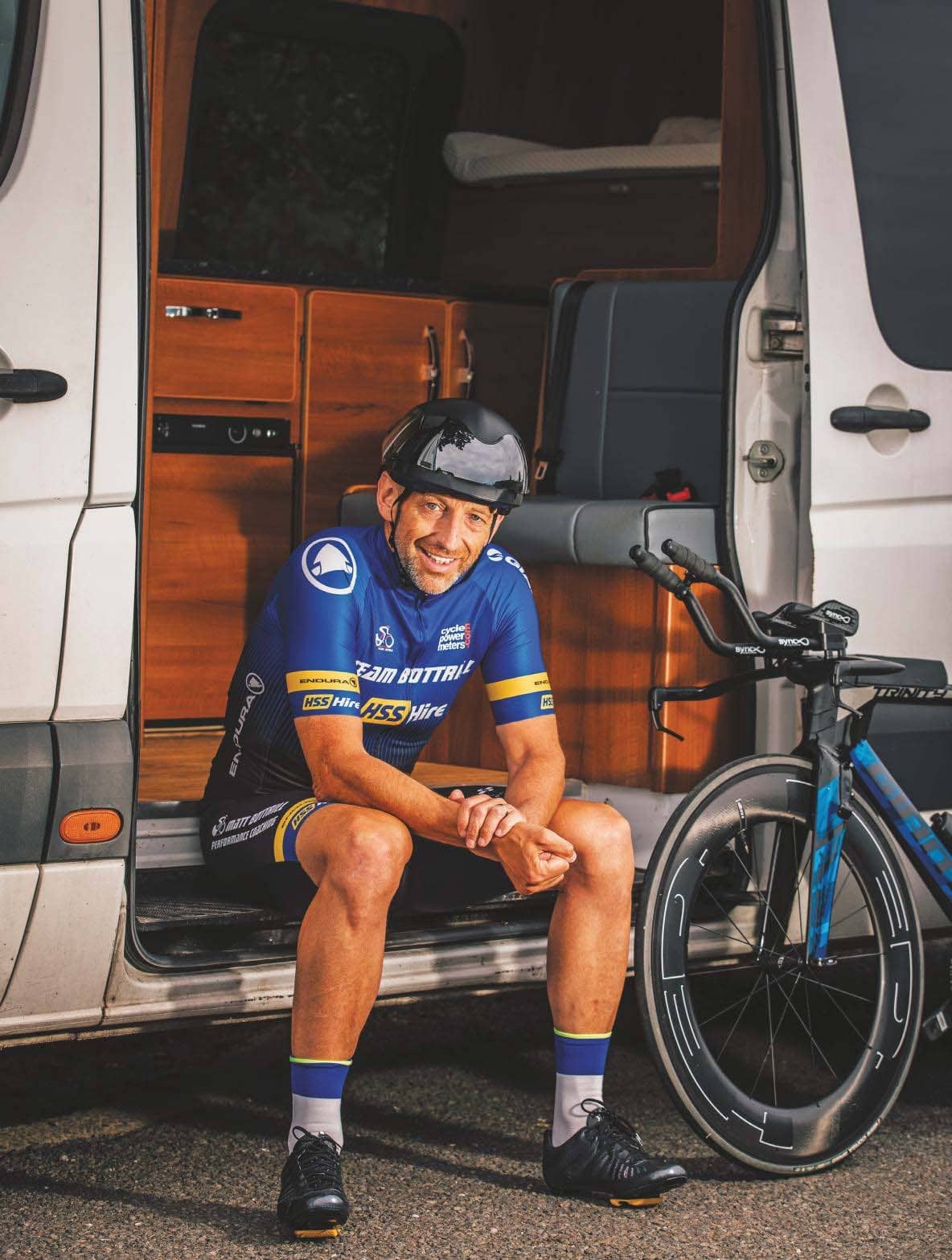 “Thirty-two years is a long time as a police officer,” states Simon Beldon’s profile on the Matt Bottrill Performance Coaching website, “especially in the world of murder investigation and organized crime, where the stakes are high when it comes to risk to the public.”

That long service had come to an end in 2018 when, aged 48, Beldon retired from West Yorkshire Police, where he had worked his way up to the high-stakes rank of detective superintendent. Freed from chasing murderers to instead help cyclists chase PBs, he could have been forgiven for expecting a commensurate decrease in the risk to his personal safety. No such luck.

“I was out on a bog-standard training ride. It was a clear, sunny day and I was riding along a straight road,” Beldon matter-of-factly relives the fateful day from January 2019. “The lady driving in the opposite direction – there were no other cars on the road – was moving house that day. She got to me as I was passing the house she was moving from; she wasn’t concentrating and turned right across me.”

It was a direct impact and a brutally hard landing. “I went straight over the bars. There were some concrete blocks on the ground, and I hit them face-first.”

The force of the impact knocked out all but six of Beldon’s teeth, shattered his jaw, broke his arm, and, most seriously of all, broke his back in three places. “If I hadn’t been wearing my helmet, I wouldn’t be here today,” he states firmly. Not only was he protected from brain injury, but remarkably remained conscious and at first assumed he was OK.

“After hitting the ground, initially I stood up, thinking I was fine. I realized I had a few teeth missing, then saw on the floor a TT champ turned coach Matt Bottrill (mattbottrillperformancecoaching.com) pays tribute to his colleague’s tenacity.

“I’ve been working with Simon since 2014, and we’ve always had a great relationship – so good that when we started to expand our coaching company, we brought him in.