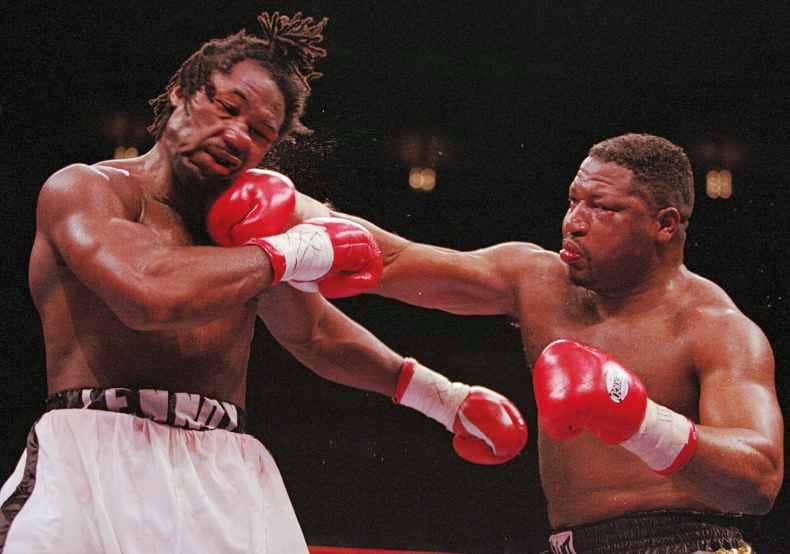 ANTHONY JOSHUA’S debut at Madison Square Garden bring back memories of a British invasion that took place 23 years ago.

The current Madison Square Garden is the fourth incarnation of the fabled arena. It opened its doors in 1968 and has hosted some of boxing’s most storied ring encounters including the 1971 “Fight of the Century” between Muhammad Ali and Joe Frazier. Once referred to as “The Mecca of Boxing,” MSG is no longer at the centre of the boxing universe. But fighting there is a pilgrimage that every great fighter wants to make at least once in their ring lifetime.

When Lennox Lewis fought at Madison Square Garden for the first time, he was widely regarded as damaged goods. After winning a gold medal at the 1988 Olympics, he’d advanced through the heavyweight ranks and annexed the WBC heavyweight crown by decision over Tony Tucker. Next, he’d defeated Frank Bruno and Phil Jackson. Then, shockingly, Lewis was knocked out by Oliver McCall in London.

The road back ran through Ray Mercer at Madison Square Garden on May 10, 1996. Mercer was a heavy-fisted brawler with an iron chin. And Lennox considered himself a “pugilistic specialist.” The plan that night was for Lewis to outbox Mercer. Except the plan wasn’t working. By the late rounds, Lennox’s face looked as though someone had inserted a golf ball beneath his right eye. Sensing that the fight was slipping away, trainer Emanuel Stewart told his charge, “Just f**king fight him.” Lewis did as instructed and eked out a 96-94, 96-95, 95-95 decision win.