WILDER – NOBODY GIVES ME THE CREDIT I DESERVE 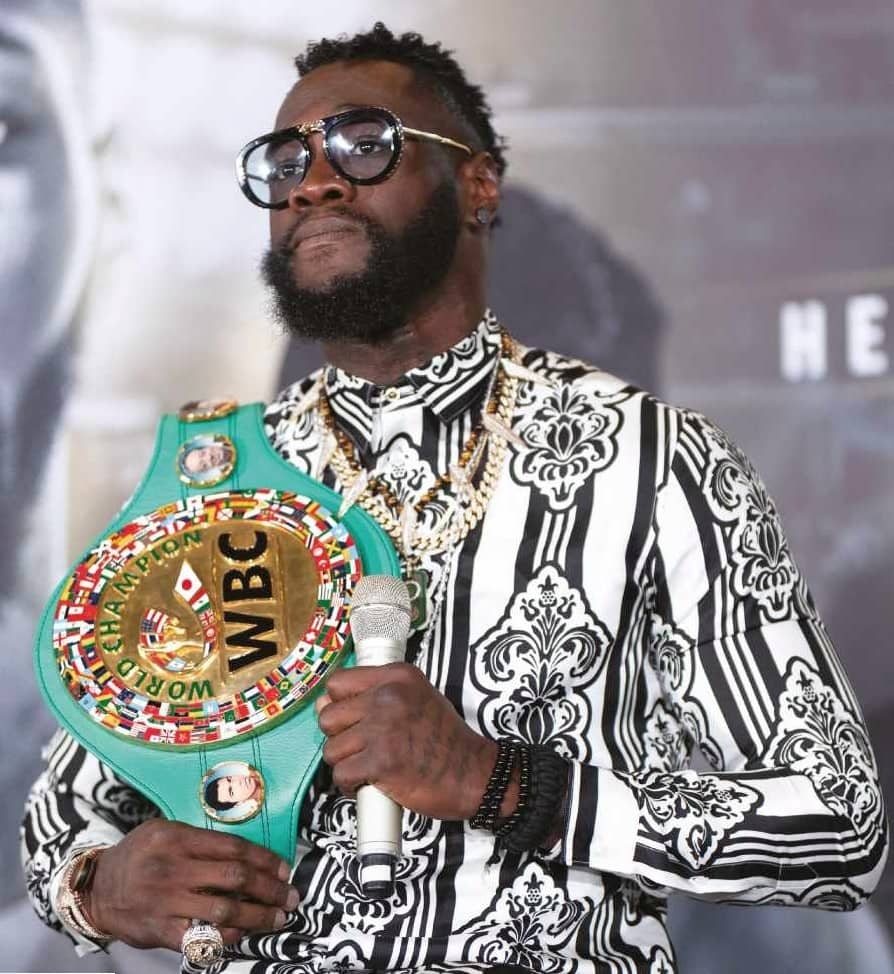 The WBC heavyweight champion tells Declan Taylor that he didn’t get a fair shake for his efforts against Fury, reveals why he’s fighting Ortiz again and talks Ruiz Jnr-Joshua II

THEY say time is the greatest healer but it seems as though nobody told Deontay Wilder. Now 10 months on from his unforgettable draw with Tyson Fury, the frustration of leaving the Los Angeles Staples Center without another victory on his record is still as palpable as ever for the WBC heavyweight champion.

“The world know it was slow,” Wilder tells BN of Jack Reiss’ 12th-round count, which kept Fury in the fight after a hellacious knockdown had left him temporarily unconscious.

“The commentary team knew the situation but they were gifting Fury because of his mental illness case and everything, people were feeling sorry for the guy. Just look at how the commentary were scoring the fight. But I know I never get any praise, ever.

“I wasn’t expecting anything different in this fight but we all know that was a slow-ass count. Everyone knows that.”

The Showtime commentary team, as it happens, draws almost as much ire as Reiss from the Tuscaloosan.

“One guy on the commentary team stated that wherever he goes people say that Fury won the fight but that’s a damned lie because when I leave the country it’s obvious people know I won,” Wilder continues, his voice by now approaching something like a bark.

“Every time I go out the country people say ‘you knocked him out, they gifted Fury, it was a slow count’. Everywhere I go, people tell me that.

“One guy, that Paulie [Malignaggi] guy on Showtime, said when he leaves the country that people say ‘Fury won’. Well no, mother**ker, when I go out the country they say ‘Fury got his ass knocked out’. I don’t know what country you been to.”

It is then put to Wilder that Fury believes, having got up from the knockdown in time to beat the referee’s count, he had done enough to win on the cards. Indeed, the very next morning at a downtown LA hotel, Fury had described the result as one of the biggest robberies in boxing history.

“Look, next time, I’m going to beat him,” Wilder adds by way of a full stop. “I’m going to knock him out again like I did the first time but this time we won’t have a referee who wants to count slow because he’s caught up in the emotional moment of the situation. But it will be a great fight and I can’t wait.”

February 22 is the date when the pair are pencilled in to collide again but the serious cut sustained by Fury in his bloody battle with Otto Wallin last month, which required 47 stitches to close, may push the fight later into 2020.

Meanwhile Fury is filling some of his time in the WWE, a move his promoter Frank Warren described as ‘risky’ given the nature of his wound. “I think it’s hilarious,” Wilder said. “I liked how the other wrestler told him he was going to be left on his back looking up at the lights just like Deontay Wilder did him. It’s exciting times in the heavyweight division and you can tell the WWE understand what’s going on.”