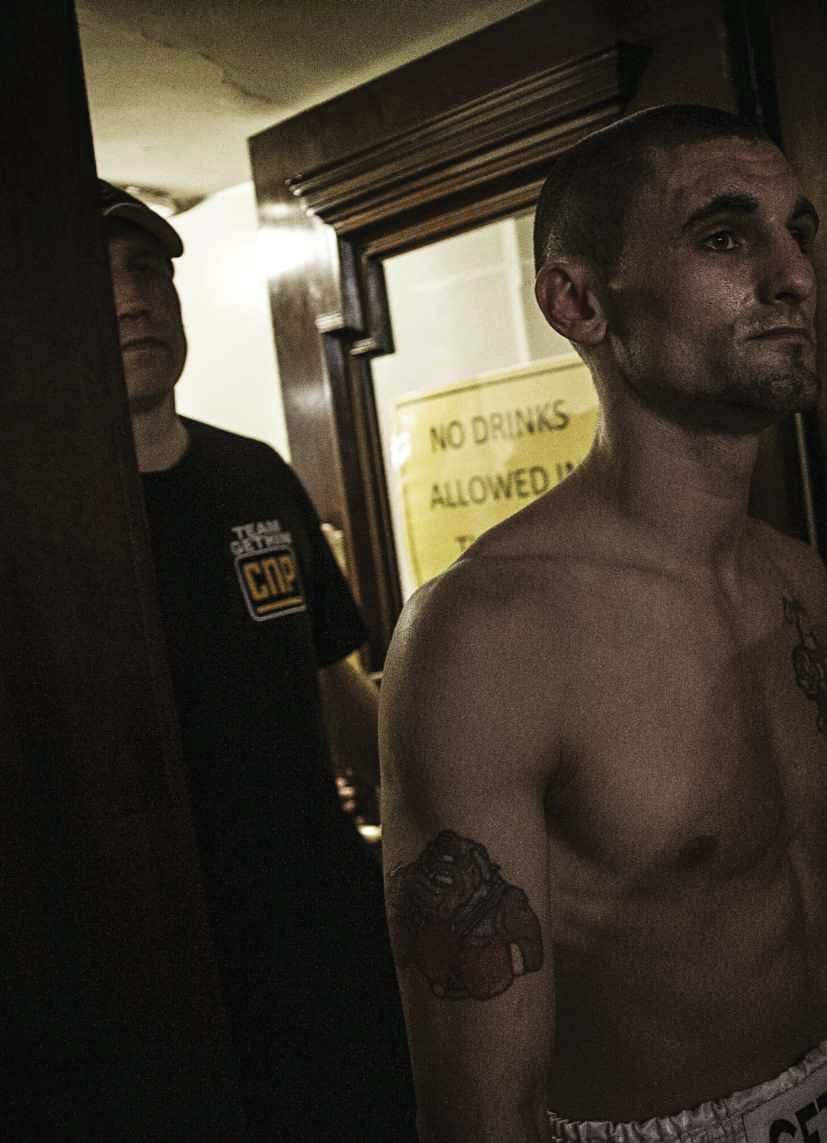 Elliot Worsell catches up with Error Johnson, one of the most experienced and reliable figures operating in the engine room of British boxing

I KNOCKED on a white front door, the kind more commonly associated with a terrace house than a boxing gym, and it opened to reveal four men by a ring debating the likelihood of me turning up. “Nobody ever asks to come to the gym,” I was informed the day before.

Perhaps this explained why the four faces that greeted me were not so much welcoming as full of surprise. “We knew it was you because nobody ever knocks on that door,” said Errol Johnson, Head of Boxing at Black Country Boxing [BCB]. “They usually just walk straight in.”

Earlier, when training began at 10 o’clock on a snowy Wednesday morning, there had been many more inside that ramshackle Wednesbury gym, but these were the remaining few. One of them was warming down; the others were blowing into cupped hands to warm up.

Johnson, the chief observer, has been hanging out in boxing gyms for most of his life and is wellversed in every area of the sport. He has boxed, coached, managed and promoted. He has cleaned cuts and floors. He has created game plans and business plans. You might not have heard of him, but you’ll have seen him, despite his best efforts to go unseen.

Full disclosure: Errol Johnson didn’t really want to do this. The interview, that is. As pleased as he was to have a visitor, he had to be persuaded to do the interview and needed the reassurance that it would be as much about his gym and his boxers than Errol Johnson.

When presented like that, he came around to the idea, but did so, I suspect, because Johnson realises the landscape of his sport has changed and self-promotion – or at least the promotion of his business – is crucial to survival. Not only that, as reluctant as he is to volunteer himself, someone like Johnson, attached to boxing since he was 10 years of age and able to boast expertise in multiple areas, has stories to tell and wisdom to expound.

“I played football, me,” he said, hoping that would suffice. Pressed for more, he explained, “Well, when I was 10, my dad took me down Wednesbury (boxing gym) because he said boxing would do my football good.

“I went and sparred in the first half an hour and boxed this kid’s head off. How I did, I don’t know. It must have come natural to me, so I just went with it.

“Because I played football, though, I never used to take the boxing super serious. I got to a Midlands final and then West Bromwich Albion wanted to have a look at me for their youth team. My old man told them I was more interested in boxing but what he meant was, he was. He didn’t tell me about the interest. I got fed up with football and packed it up for a year or so.”

In his final amateur fight, Johnson boxed Rob McCracken, a fellow Midlander who, as a professional, would go on to win British and Commonwealth titles and later, in retirement, become head coach of the Great Britain amateur squad, as well as guide Carl Froch and Anthony Joshua to world titles. “My old man knew I wasn’t taking things seriously enough, so he taught me a lesson,” Errol recalled. “He knew I was going to get beat and I did – by the better man.”