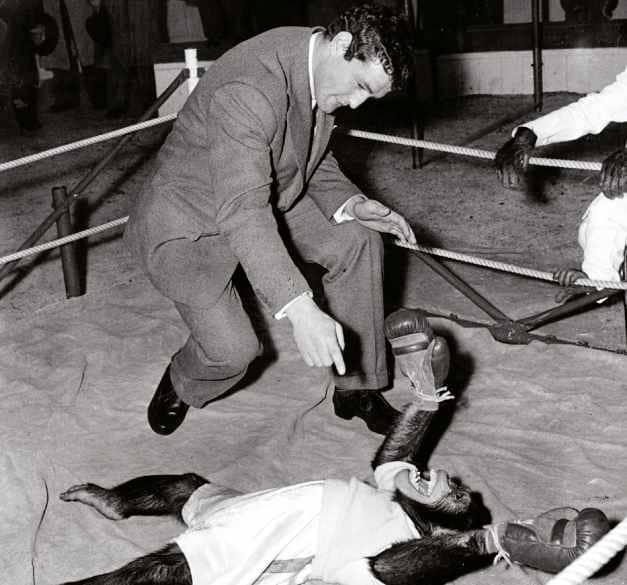 WHAT happened to Ron Barton?” It’s a question I’ve been asked more than once since I started writing for BN, and despite some enquiries I’ve been unable to find out for certain. Neither Wikipedia nor BoxRec has a record of this 1950s light-heavy’s passing, though several ex-boxers assure me that he died long ago. However, no one I spoke to could recall when or how.

It seems strange that the passing of a former British champion – one who held a title at a time when British titlists were household names – should go seemingly without mention in the press. Perhaps someone reading this article will contact Boxing News and supply the details. Meanwhile, let’s look back on the career of this talented West Ham boxer who was once ranked in the world top 10.

Born in February 1933, Ron attended St Michael’s Catholic School in West Ham until the statutory age of 14. He joined the RAF a year later, and whilst serving won the 1953 ABA middleweight title.