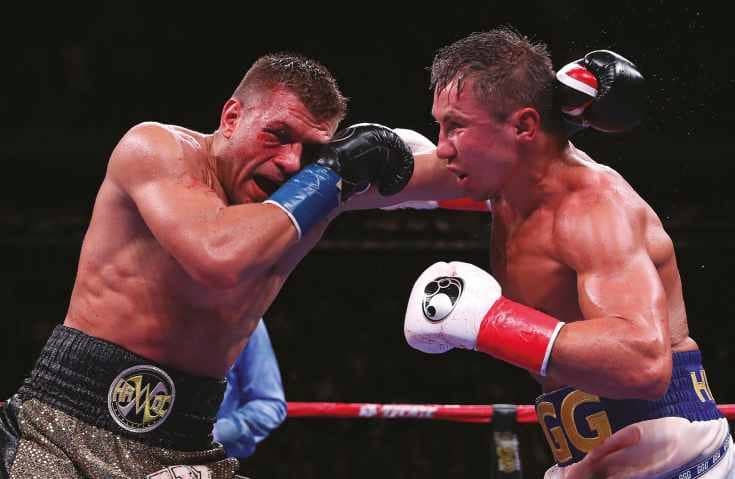 OPINION was sharply divided at ringside as to whether Gennady Golovkin had done enough to merit the unanimous decision he was given over Sergiy Derevyanchenko in their highly entertaining fight at Madison Square Garden, but what was obvious in the aftermath is that the man from Kazakhstan has seen better days.

Sooner or later all fighters start to decline. At 37, that day has arrived for Golovkin. He is still an elite fighter, just no longer the head of the pack.

Once one of the most avoided men in the sport, Golovkin will now have no shortage of opponents lining up to face him. First and foremost will be Derevyanchenko, who certainly deserves a rematch. But the bottom line is that in winning the vacant IBF middleweight title, while showing signs of ageing, Golovkin will have his pick of opponents and Derevyanchenko will not be at the top of his list.

Technically, Derevyanchenko, a Ukrainian based in Brooklyn, was fighting in his hometown, but you wouldn’t know it from the reaction of the over 12,000 in attendance as “GGG” entered the ring. And in the first two rounds it was vintage Golovkin, dropping his opponent with a chopping right to the head in the opener,then severely cutting his right eye with a left hook in the second.

As soon as the round ended Derevyanchenko’s trainer Andre Rozier did a brilliant job of convincing referee Harvey Dock to rule that the cut resulted from a butt. As a result, had it been terminated due to the injury, they would have gone to the scorecards after the fourth round instead of it automatically being declared a Golovkin victory. Not that it seemed to matter much at that point with Golovkin having raced off to a big lead. But then it turned.