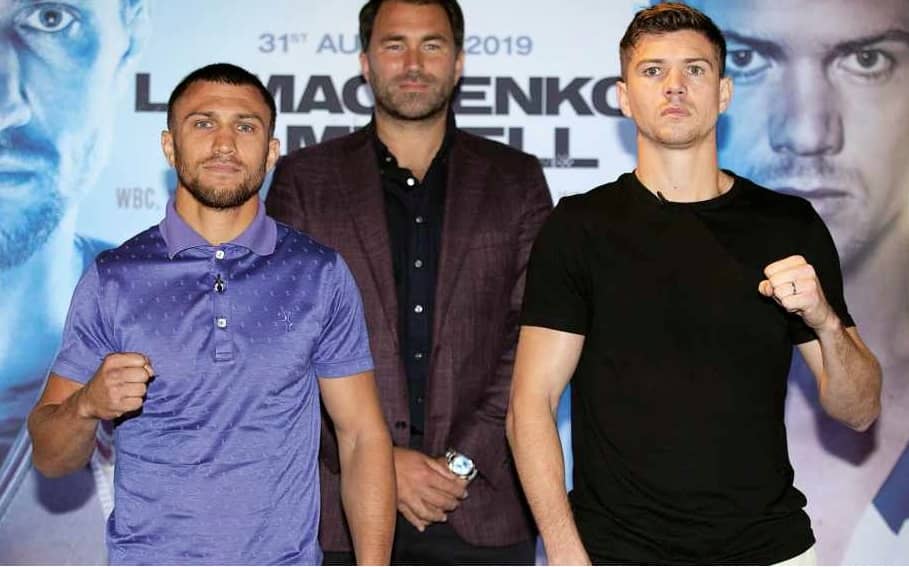 Campbell must refuse to be Lomachenko’s latest plaything.

WE know reality and fantasy are very different things, but Luke Campbell will be forgiven for ignoring the difference as he celebrates securing home advantage for his second world title shot.

The fantasy: On August 31, at London’s O2 Arena, Campbell will get a shot at the WBA, WBO and vacant WBC world lightweight titles, having strung together three straight wins, including a revenge victory over Yvan Mendy, since losing to Jorge Linares in 2017.

It is a shot he probably deserves; one he has patiently waited for. Not only that, at 31 years of age, he is seasoned and mature now, prepared for it in a way he perhaps wasn’t when boxing Linares for the WBA version two years ago. He has learned from setbacks. He has been buoyed by successes.

In fact, six years into his pro career, Campbell has never been better and the timing of his world title shot could not be any better. Best of all, the shot arrives in England, at home, meaning he won’t have to travel the way he did in 2017. More than one reason to celebrate, then.

But now for the reality: Campbell, if he is to become world lightweight champion on August 31, must somehow defeat Vasyl Lomachenko, arguably the finest boxer in the sport and someone opponents fight while aware of the probable outcome and therefore find themselves more concerned with nailing the right time to ask the Ukrainian wizard for a post-fight selfie.

Superior to his peers in every way, Lomachenko ruins dreams before they even get going and has challengers feeling as if a title shot is not so much a reward as punishment. Campbell knows this. He has eyes. Not eyes like Lomachenko but eyes all the same.

Yet, despite all this, the Hull man will tell himself he can do it. He will convince himself he is different to the rest and that the stars have aligned, and he will read from the same well-thumbed script as all the others.