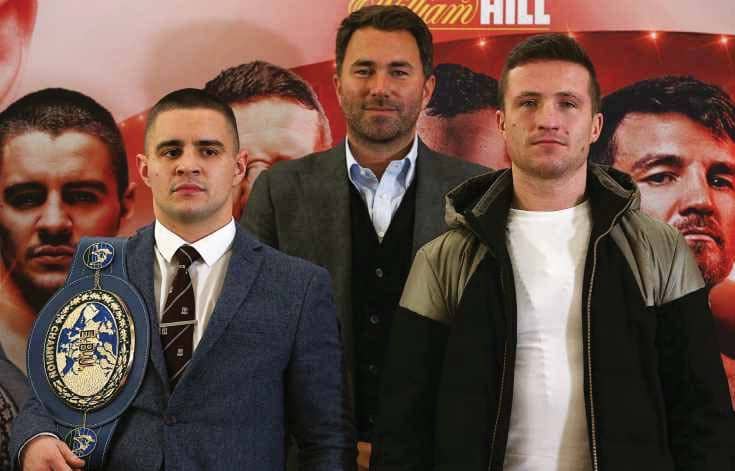 JOE HUGHES deserved more praise than he received for heading out to Florence in November last year, beating Italian Andrea Scarpa over 12 rounds and returning home with the European superlightweight title. Should he upset Robbie Davies Jnr inside Liverpool’s Echo Arena this weekend, where Davies’ British belt will also be on the line, the praise will grow in number and volume.

The Malmesbury 28-year-old has defied all logic by crafting a championship-winning career in fist fighting after being born with Erb’s Palsy, a condition responsible for his right arm being significantly smaller than his left. Hughes has been boxing for over 20 years and is, in essence, a one-armed fighter who has won 17 of his 21 professional outings from an orthodox stance, boxing clever yet carrying enough spite to have notched seven victories inside schedule.

The Hughes jab is obviously a favoured weapon, yet his left hook, which he hurls in close, is perhaps his most effective. His excellent footwork and timing add to his overall game and his right hand, often clamped to his jaw, provides sturdy cover as he bustles into position.

He dreams of challenging for a world title and, in an era of multiple belts to aim at and rankings to climb, a victory over 29-year-old Davies Jnr should be enough to make those wishes a reality. Indeed, it’s the kind of against-the-odds story that boxing tells so well.

But Kirkby’s Davies Jnr will start as favourite. The son of a Liverpool legend of the same name, Davies has attracted attention since he turned over yet it was the manner in which he dealt with a surprise defeat – to Michal Syrowatka in 2017 –that has shown his mettle. He rebounded to win the return in his next outing, reversing the 12th round stoppage after a dominant display. He followed that in October last year with a gruelling 12-round decision win over the rough and robust Glenn Foot in Newcastle.