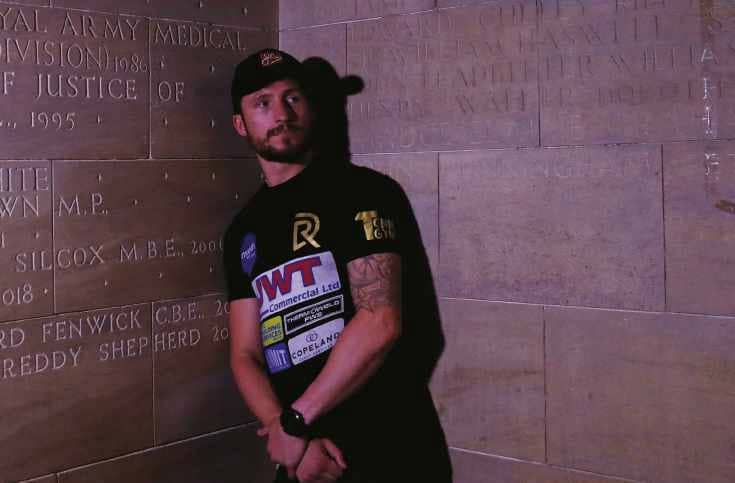 THOUGH he won’t need reminding, the last time Newcastle’s Lewis Ritson boxed in front of his home fans he suffered his first professional defeat and discovered pro boxing is about more than just punch power.

His opponent that night in October 2018 was Spain’s Francesco Patera, who left the North East with the vacant European lightweight title, and left Ritson with the job of having to start again.

It was, for Ritson and his promotional team, as painful as it was unexpected. Nobody saw it coming and nobody knew quite how to react. The hype train skidded to a halt, then it rerouted. Ritson, meanwhile, had to rebuild.

On Saturday (October 19), almost a year to the day since his first pro loss, he embarks on the next step in this process when he returns to Newcastle to exorcise demons in a 12-rounder against Liverpool’s Robbie Davies Jnr. It’s Ritson’s first proper test since the Patera defeat and will tell us as much about his character as his recent improvements.

The opponent is different and so too is the weight, with Ritson now campaigning as a super-lightweight. But the aim remains the same. Ritson, 19-1 (12), must show he has more to his game than just punch power and needs to recapture the form that saw him win a British lightweight title and defend it three times within an eight-month period.

If he can do that, Patera and the horrors of last time will be forgiven, if not forgotten. The loss will be described as a learning experience rather than a sign of his limitations and Ritson will claim it has only improved and finessed him in the long run. Wounds will heal. He will be free to move on.

For now, though, the fearsome reputation he built, at least domestically, as well as the “Geordie Golovkin” label with which he was briefly saddled, has gone. That went the moment Patera found his range and began the taming process and its absence will, for Ritson, probably be beneficial.