MAN OF THE PEOPLE 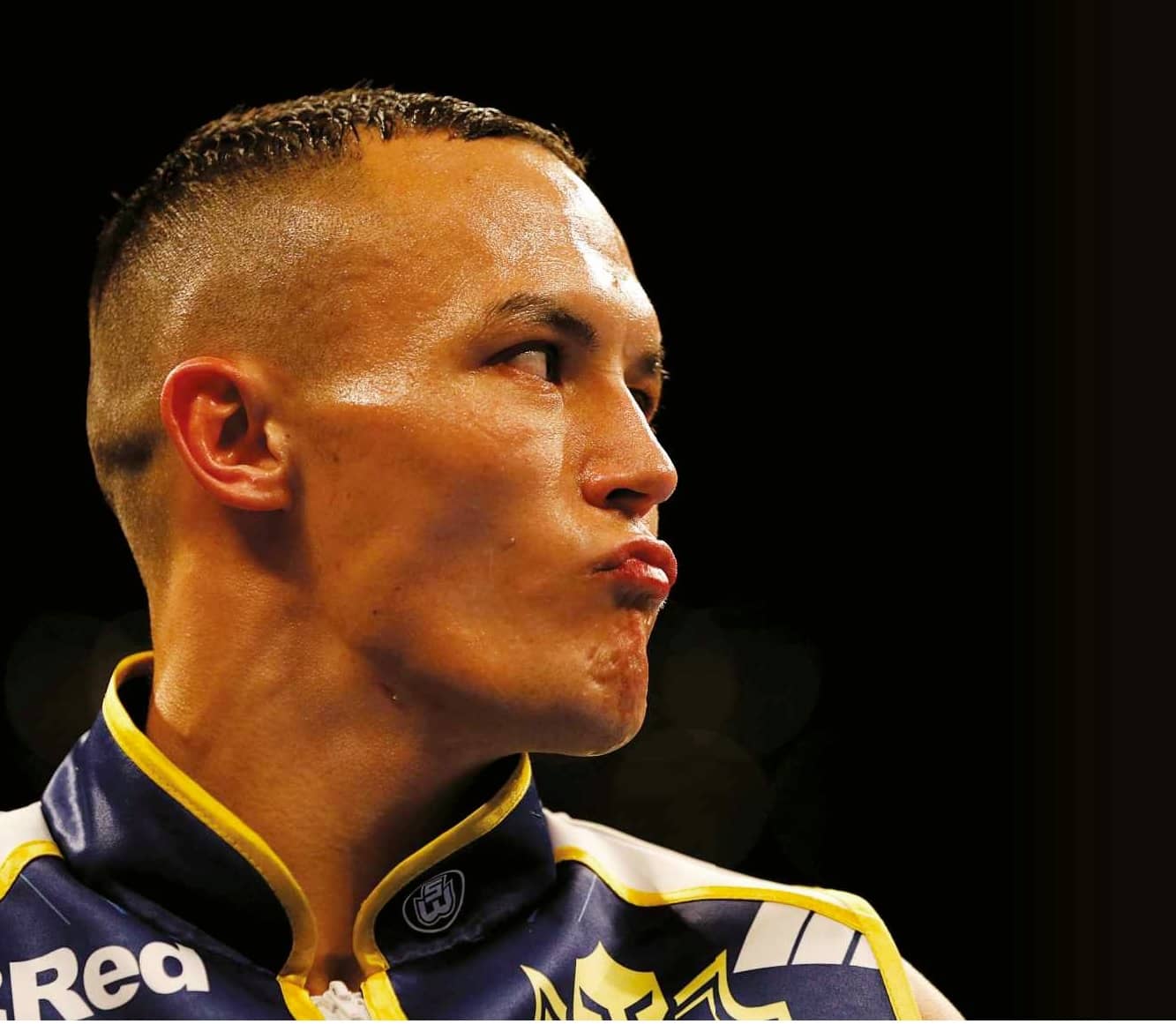 I CAN play I Predict a Riot too, you know,” Josh Warrington says as he picks away at his guitar. “I just struggle a bit with the chorus.” And with that, the IBF featherweight champion launches into an instantly recognisable version of the song that has become his trademark.

The Kaiser Chiefs’ anthem brings an end to an impromptu living room concert featuring a perfectly passable tour through the Oasis back catalogue.

“For my debut I walked out to a Benny Benassi Remix of that Red Hot Chilli Peppers track Otherside but I think the CD was scratched so it started part way through,” Warrington told Boxing News. “My second fight was on one of Steve Wood’s ‘Jolly Boys’ Christmas shows and my Dad [and trainer, Sean O’Hagan] said I needed to come out to Ebeneezer Goode by The Shamen because they all used to rave to it back in the day. If I’m honest, it didn’t really get much of an ovation.

“My dad were right against me coming out to [the Leeds United football song] Marching on Together but I’d fought in Manchester the time before and used I Wanna Be Adored by the Stone Roses. That worked well and with the next fight being at the arena in Leeds, I thought Marching on Together going into I Predict a Riot would be good.

I didn’t tell my Dad what I was gonna come out to. I remember looking at him when it started and saying, ‘Sorry, Dad.’

“It makes for a bit of an atmosphere doesn’t it? I don’t think I can change it now.”

As Warrington waits for Sofiane Takoucht to enter the furnace of the First Direct Arena in Leeds on Saturday night (October 12), he may allow himself a quick glance away from the ring at the backdrop he has created. A few seconds later, the opening bars of his music will hit and for the 10th time he will enter the bedlam himself.

For most young fighters, selling tickets is a series of peaks and troughs. Seats will always be much easier to fill for their debut or a local derby but for the nonboxing fans in their circle, the jarring experience of spending a Saturday night in a leisure centre watching their friend being shown the ropes by a grizzled journeyman might not quite live up to the mysterious, glitz and glamour-filled fantasy they had of the sport. In truth, even the most ardent fan might have to steel themselves before handing over their hard earned money for another six-rounder against ‘TBA’.

Warrington has perfected an inexact science by remaining connected to his fanbase. Football fans who stood with him at Leeds United games before he found fame can still celebrate alongside him. Families who first bought a ticket to watch a teenage dental technician throw punches in the local town hall now get them hand delivered by a reigning world champion.

A music fan who once shouted out requests to an unknown band in a local pub has their voice drowned out once the act moves to a bigger venue but Warrington has managed to keep his supporters feeling involved as his profile has grown.