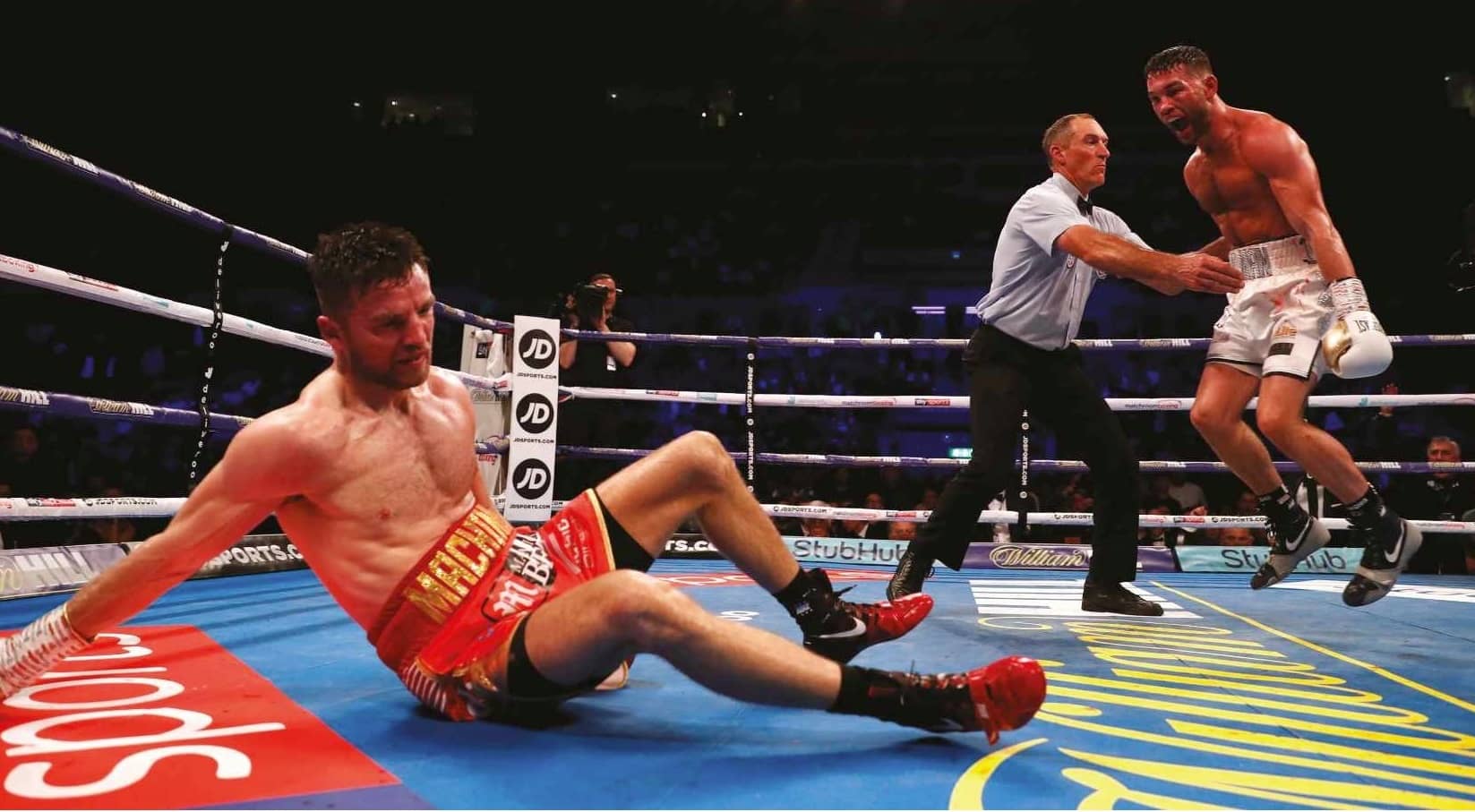 CAN we do that thing where you ask me about my favourite film?” was Scott Fitzgerald’s response when I contacted him in March after his 10-round decision win over Liverpool’s Anthony Fowler [pictured]. I told him that our intention was to earmark four pages in Boxing News so that people could get to know him after handing Fowler his first professional loss. “But I’ve always fancied doing one of those Sixty Second Interviews, am I a big enough name now?” he replied.

That first conversation turned out to be a 60-second noninterview as he asked me to call him back and then disappeared for a few months. Some post-Fowler partying played its part yet prior to the fight he had discovered that his girlfriend, Rhiannon, was pregnant and got caught up on the path towards parenthood.

When we talked again his two-day old son, Archie-William, was cradled next to him and “The Mad Man” was in a reflective mood. Life has certainly changed for the 27-year-old. “This is a big thing in my life, so I had to take some time to concentrate on this,” he said. “I found out about the baby on Valentine’s Day. You immediately realise that it isn’t about you anymore. You need to generate that money, not make mistakes, and realise that your future is all about the baby.”

The fact that the baby was not in birth position during labour meant that the medical team had to wheel Rhiannon away for an emergency caesarean, leaving everyone on tenterhooks for 20 minutes. “We were just waiting on any news, then they came out and told me our baby had been born,” he said. “I just held him in my arms. I couldn’t stop giggling because I was so happy and buzzing off the whole experience.

“It had been hard waiting, just trying to stay calm. You have to trust in the doctors to look after them both. Then it was over and I’m there doing the skin to skin thing with him on my chest. I still can’t believe it all happened yesterday. It is all brand new to us.”

I mentioned that I went out for a pale ale and a curry after my daughter was born... sometimes you forget that the person on the other end of the line is following a strict diet. “Aw, mate, don’t say that — I would love to have gone out for a curry and a beer!” he laughed.

“I know that these coming weeks and months will be challenging,” he added. “I’m looking forward to all that, the excitement of it all. That is why I need to go out there again and make that money for him. Once I’ve done that I can set up an account for his future. It is a good thing for me, I can think a lot better and do a lot better now.”

Fitzgerald also now has more of an understanding of why his father, former fighter Dave, had consistently tried to usher the hyperactive teenager into the sport. A lot of boxers seem to have ADHD. I have absolutely no statistical proof of this outside of my experiences with them yet “Fitzy” believes there is some truth to it.