Inside The Engine Room 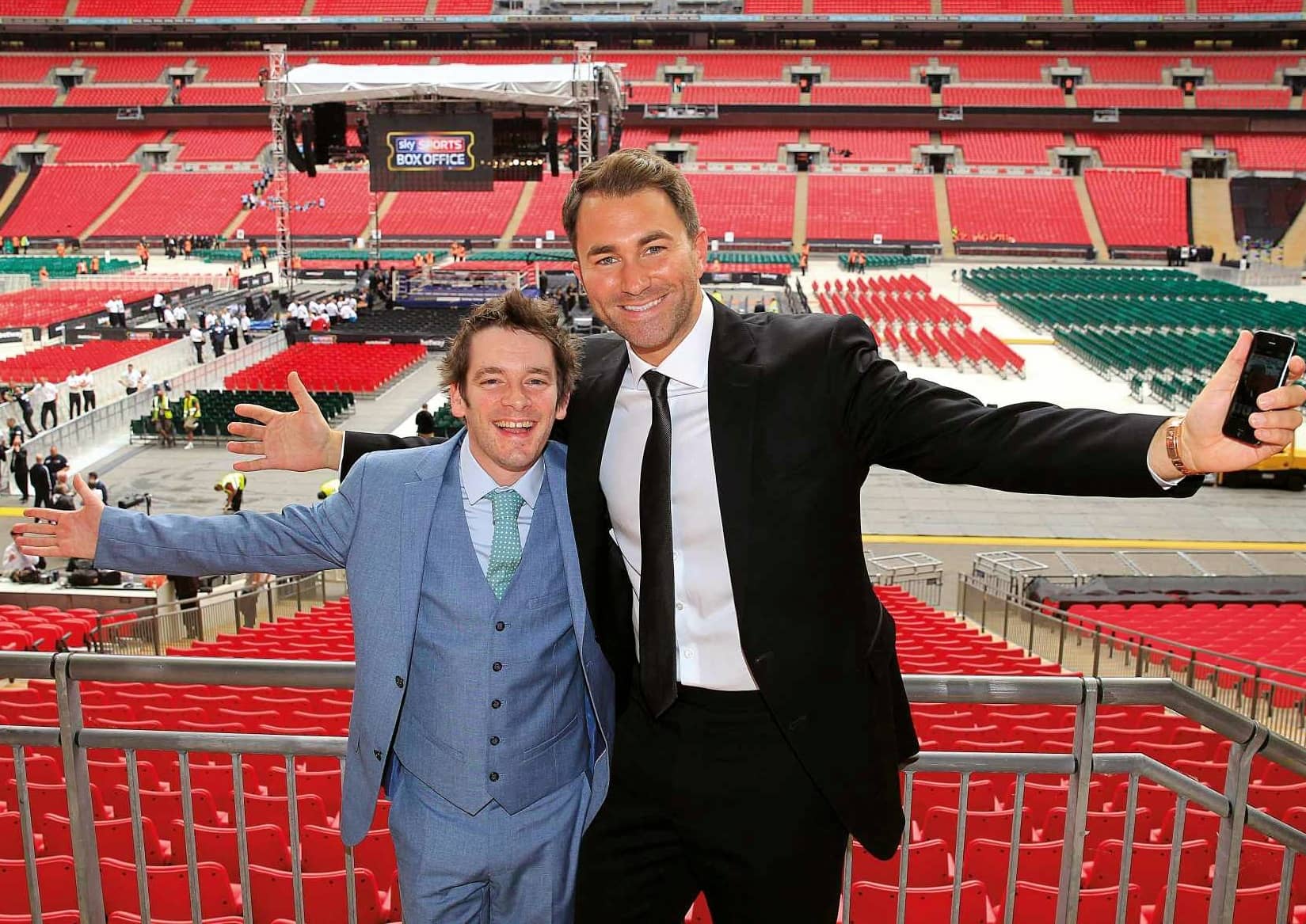 Anthony Leaver tells Matt Christie how he became Matchroom Boxing’s Head of Media and outlines the highs and lows of working for one of the biggest promoters in the world.

THREE days before Anthony Leaver bites my head off for asking him how many people have crammed into Madison Square Garden for the Anthony Joshua-Andy Ruiz Jnr weighin, he insists on buying me a pint at one of his favourite New York watering holes. Anyone who has had any dealings with Matchroom Boxing’s Head of Media will know that’s the kind of guy Leaver is: A loveable little bundle of fun with a fuse even shorter than he is.

Affectionately known as “Winkle” by his Matchroom colleagues, the diminutive Leaver became a familiar face at British rings over the last decade, building relationships with the fighters and the media, before his “dream move” to New York in 2018 where he now plays a key role in the promotional outfit’s US invasion.

Residing in the Big Apple, with an office that overlooks the Manhattan skyline, Leaver is not quite kicking back and enjoying the view – there’s too much work to be done for that – but he’s certainly feeling at home in a country he’s always admired. After sacrificing a one-year relationship with his girlfriend to make the move, Anthony is now suitably excited about the task ahead.

“At the moment we’re just a small fish in a very big pond,” Leaver explains. “But I love it out here and we’re already making huge progress. We know we can do here what we did in the UK.

“Some people seem to want us to fail but I’ve never understood that. We’re giving this everything we’ve got so why would someone wish for that?

“The desire to see another promotional outfit fail is not a desire that Matchroom shares or has ever had; when I hear of a rival promoter having to cancel a show, I feel genuine sympathy because I know how much hard work will have gone into it. In the end, though, we just have to focus on what we’re doing.”

The 37-year-old has come a long way since he joined the company 11 years ago. Late in 2007, after studying to be a journalist, he spotted a job advert in The Guardian for a Matchroom Sport Press Officer, specifically to work in golf and poker. Leaver remembers the interview well, when he walked into a room at Matchroom HQ in Brentwood to be greeted by a young Eddie Hearn and Matt Porter, their chief executive.

“One of the main points of concern during the interview was the fact I didn’t know how to drive,” Leaver recalls. “The interview went well, but on the way back I got a message from Eddie. ‘You are definitely going to learn how to drive?’ ‘Of course I’ll learn to drive! Of course I will!’ Well, I still can’t drive. I had lessons, but I was terrible at driving.”

Hearn would later admit that he had been terribly hungover on the day he interviewed Leaver and couldn’t really recall any of the other candidates. So, without a driving licence but with the good fortune to be last in the interview chair on that particular day, Leaver was granted a three-month trial. It seemed to go okay; he has been working for Hearn ever since.

“Eddie hasn’t changed,” Leaver insists. “You can’t say the success has gone to his head because he grew up surrounded by success. He’s still the same, still the same Jack the Lad sense of humour, still very much the same character I met all those years ago. He’s always been driven, perhaps from the pressure of his dad’s reputation, but he works frighteningly hard to deliver that success.