DISGRACEFUL SCENES AT THE WEIGH-IN 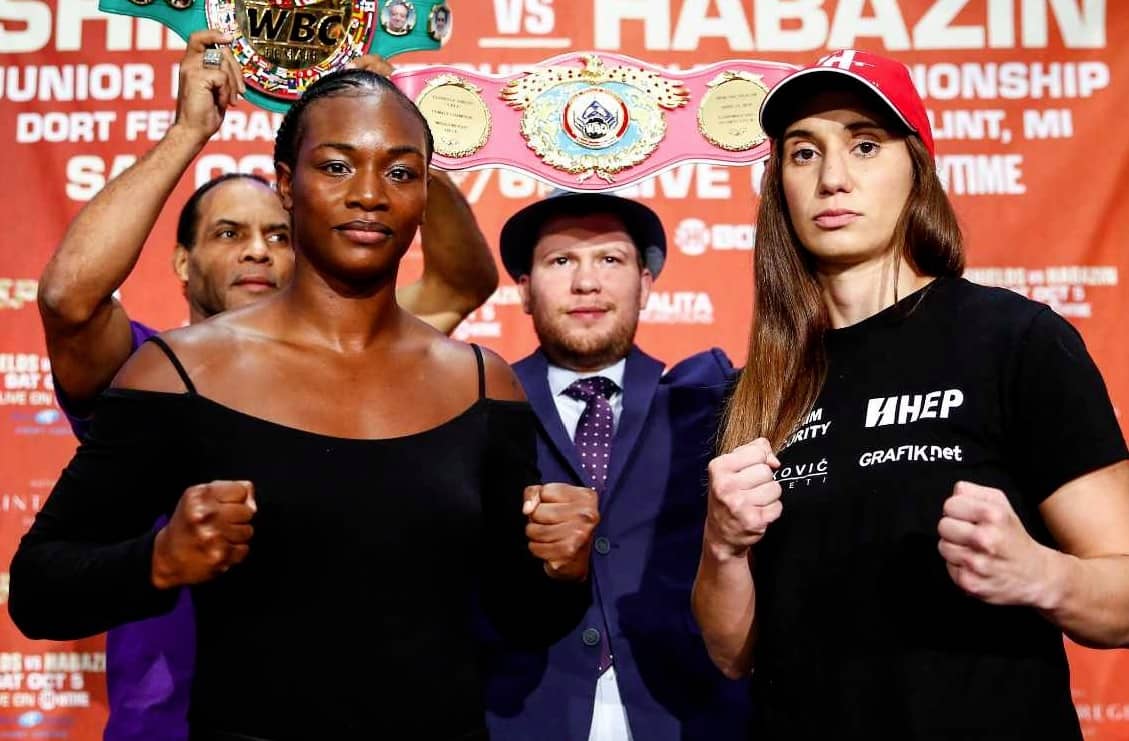 THIS is why we don’t do any events in Flint,” said a police officer shortly after boxing coach James Ali Bashir had been punched and left unconscious by a member of Claressa Shields’ family inside Flint’s Dort Federal Event Center. “Because this is what happens.”

Shields, a world champion born and raised in Flint, Michigan, had been looking forward to her first professional fight in her hometown on Saturday (October 5) against Croatia’s Ivana Habazin. The WBO and WBC light-middleweight titles were on the line, giving her the chance to conquer a third weight class, and everything was set up for the two-time Olympic champion to impress her supporters, friends and family.

But then, at the weigh-in on the Friday (October 4), this same support network let her down and the fight was cancelled.

“Claressa got on the scales to check her weight and Bashir Ali [Habazin’s trainer] came over to have a look,” recalled Richard Farnan who was there as a member of Hannah Rankin’s team, a former Shields opponent who was in Flint to compete on her undercard.

“Now, every time I’ve been with an opponent for Claressa, her sister has got involved and got aggressive, threatening and nasty. She was racially abusive to us when we were in Kansas and she nearly started a fight with someone who was with us as we were doing the ring walk. I literally had to pull them apart. She’s just trouble.

“This time, she has come over to look at the scales. I don’t know what she said but it was obviously abusive, and she obviously didn’t want Bashir anywhere near the scales. He then reacted to her and put his hand out. It wasn’t to hit her. It wasn’t even close to her face. But he was just telling her to go away.