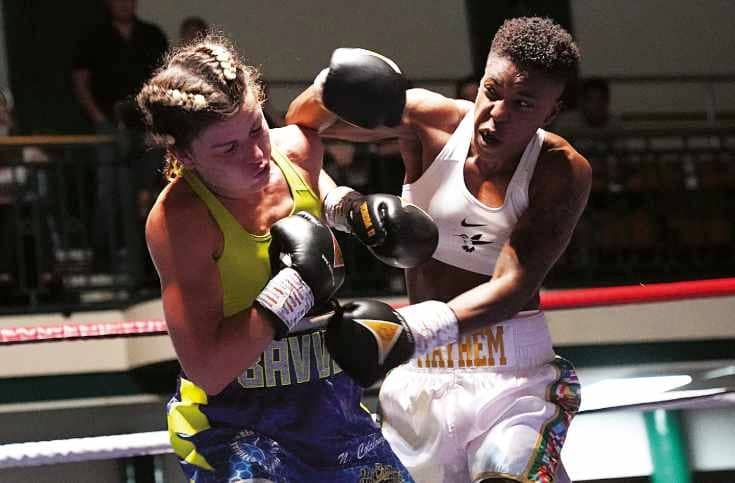 Too strong for brave Bavington

The scores took into account a point deduction for Bavington in the sixth, for persistently failing to obey referee Lee Cook’s instructions – but did not reflect the loser’s spirited showing. Bavington came forward throughout, looking to get close and land, and Brown – who has now won six straight – frequently held, to the fury of Bavington’s corner.

Brown (Islington) countered well and hit harder. She tried to keep it long, but was often thwarted by Bavington’s swarming tactics. A right to the head had Bavington holding on in the fifth, and Bavington finished with a swelling on the right cheek.

Going in, Ananavi was 3-0 while Camero had lost five of his last six (including the last three). But southpaw Camero, a former Southern Area lightweight champion, took control from the outset, continually forcing Ananivi onto the defensive. A right to the head had Ananivi looking unsteady in the second.