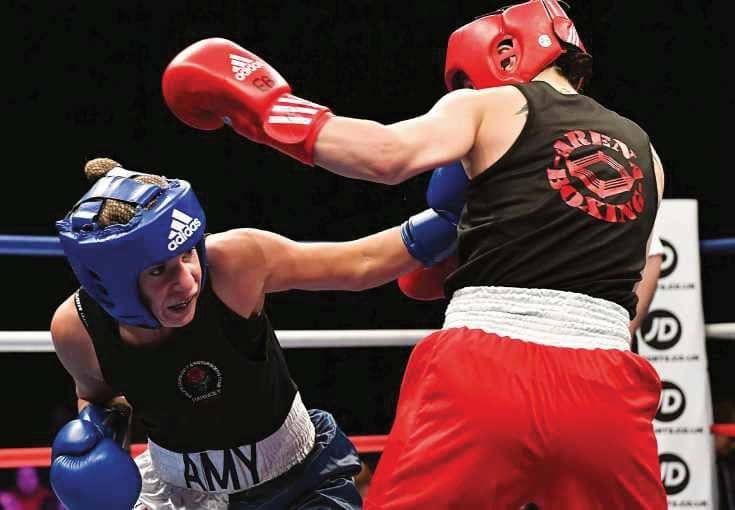 IT’S that time once again. The Haringey Box Cup, one of the unmissable events in the domestic calendar, takes place at Alexandra Palace in London. Five rings will be in operation simultaneously at the Great Hall with 500 boxers, at all levels, expected to take part. The quarterfinals start on Friday ( June 14), at 4pm, the semi-finals take place Saturday ( June 15), at 12pm, with the finals on Sunday ( June 16), boxing also starts at 12pm.

Tickets available on the door.

Champions to look out for are Islington’s Masood Abdullah and Jem Campbell who won national titles this year, impressive Triumph light heavyweight Aaron Bowen and Repton’s Adnan Mohammed who has won multiple Youth titles. There will also be boxers from Ireland and teams from Canada and the USA.

Haringey boxing club runs the mammoth event itself and also this year has a sizeable squad going in, featuring new national champions Oriance Lungu and Amy Andrew among others. “I’m really excited. It’s my favourite tournament so I can’t wait and Haringey have got a really big team this year. It’s going to be good. Lots of people are coming from different countries, lots of people to box I haven’t boxed before,” Andrew told Boxing News. “This is my fourth and I’ve won all the other times. I really enjoy it.

“It’s tough but there are all these different rings going, there’s lots of different people there.”