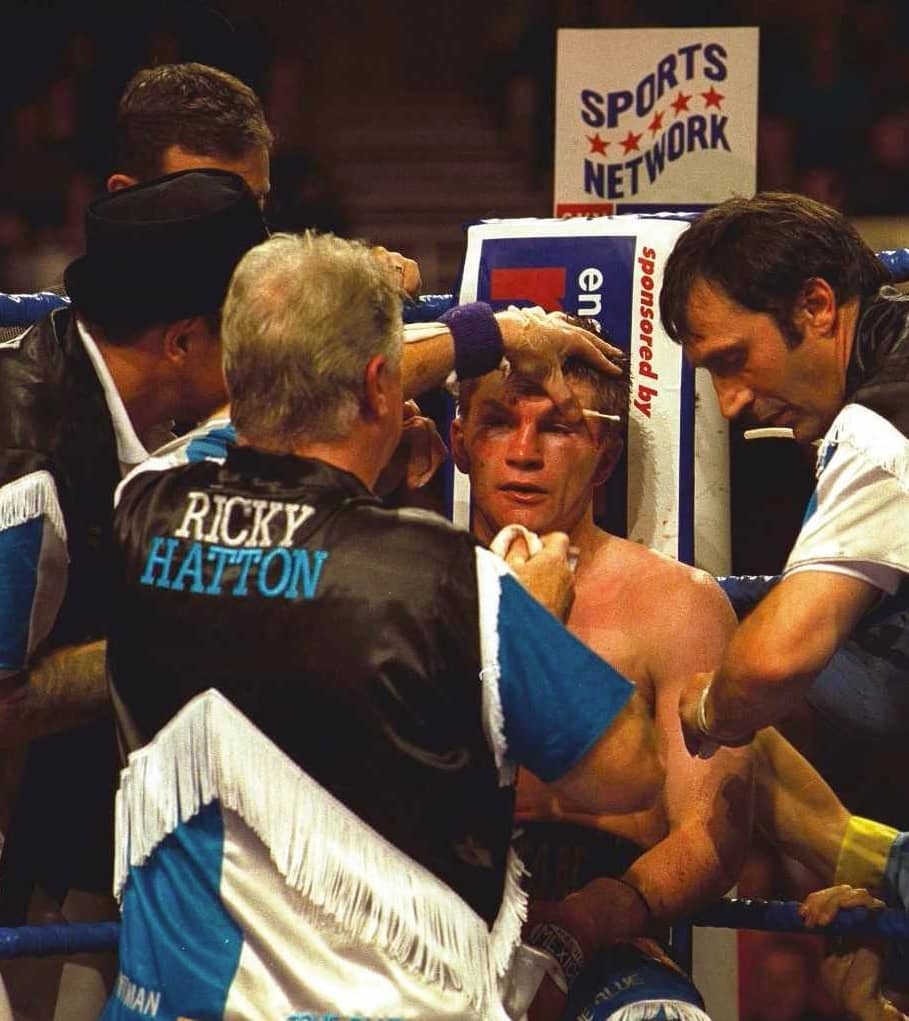 You’re blinded by claret and the referee is about to stop the fight. Elliot Worsell talks to the man who can help you...

BLOOD. It’s being coughed up and he doesn’t know why. All he knows is it’s somewhere in his chest, then in his throat, then on his tongue, and that he hasn’t yet learnt how to stop or control it. All he knows is this is not supposed to be happening. Not now, at 18 years of age. Not when training. Not when fit and healthy. Not before a fight has even broken out.

“I was lucky to have found out I had TB [tuberculosis] through boxing,” said Mick Williamson. “I was training and having chest pains and coughing up blood.

“In those days they would put you up in Switzerland and wait for you to die. I went to the doctors and they said it was a strain. I stayed in Grove Park [hospital] for six weeks and after that I was allowed home for weekends. I was the oldest of seven [children], so I was a bit worried about the rest of the family.”

Williamson would never have been a good boxer, or so he says. But he shone in the school championships and even when tuberculosis tried wrecking his dream was determined to get back in the ring and pick up where he left off.

“All of a sudden I was 20 and booze, birds and God knows what else entered the equation. I forgot to ask when I could start boxing again.”

More blood. He’s 23 now, blindsided by booze and birds, and somewhere inside the Stork Club in Streatham. His days of fighting in a ring are over but that doesn’t mean Mick Williamson’s fists have necessarily retired. Ungloved, they are currently clenched in the middle of a melee, all broken glass and faces, as that unwelcome taste returns to his tongue.

“I never got cut from boxing, but I suffered one from a bottle that had to have 36 stitches,” he said. “There was a big scuffle, and somebody must have whacked me with a bottle.

“My friend called an ambulance and next thing I know I’m back in the hospital I was born in, St James’ in Balham. They then went to work on my eyelids. Thirty-six stitches all told. I didn’t count them. I just asked.”Even more blood.

This time it pours down the face of Ricky Hatton as he sits on a corner stool. The boxer asks no questions for he knows time is of the essence and that this is not the time to be inquisitive. But still his concerns are written on his face. One of them: How bad is it? Another: Will it hold up? One more: How many rounds do I have left?

Now it’s the job of Mick Williamson, the cut man standing over him, to possess the answers and do the reassuring. It’s October 2000 and blood is his business. If “The Rub” can’t cope with the cut, Jon Thaxton, Hatton’s opponent, wins the fight. If The Rub can’t stem the blood flow, nobody can.

“What’s strange with Ricky is that the biggest fight he ever had was against Kostya Tszyu and he never got cut. It makes no sense,” Williamson said. “And the worst cuts he ever suffered were against a British title level opponent.

“Thaxton was a bit clever with his gloves. But they weren’t there to dance, were they? I remember Jon coming up to me afterwards and saying, ‘F**k me, Mick, when I saw that cut, I thought I had my mortgage paid’.”

Back then, around the time he was simultaneously saving Hatton’s career and ruining Thaxton’s plans, Williamson tended to smoke a lot. He smoked to relax, he smoked to calm his nerves, and often, in changing rooms before fights, the cigarette breaks of Mick Williamson were as common a sight as the nervous yawns of the boxer. He would be there one moment, gone the next. And when he was there, he was quiet, preferring to go unseen.