Take Your Dojo To A Higher Rank In 3 Easy Steps! 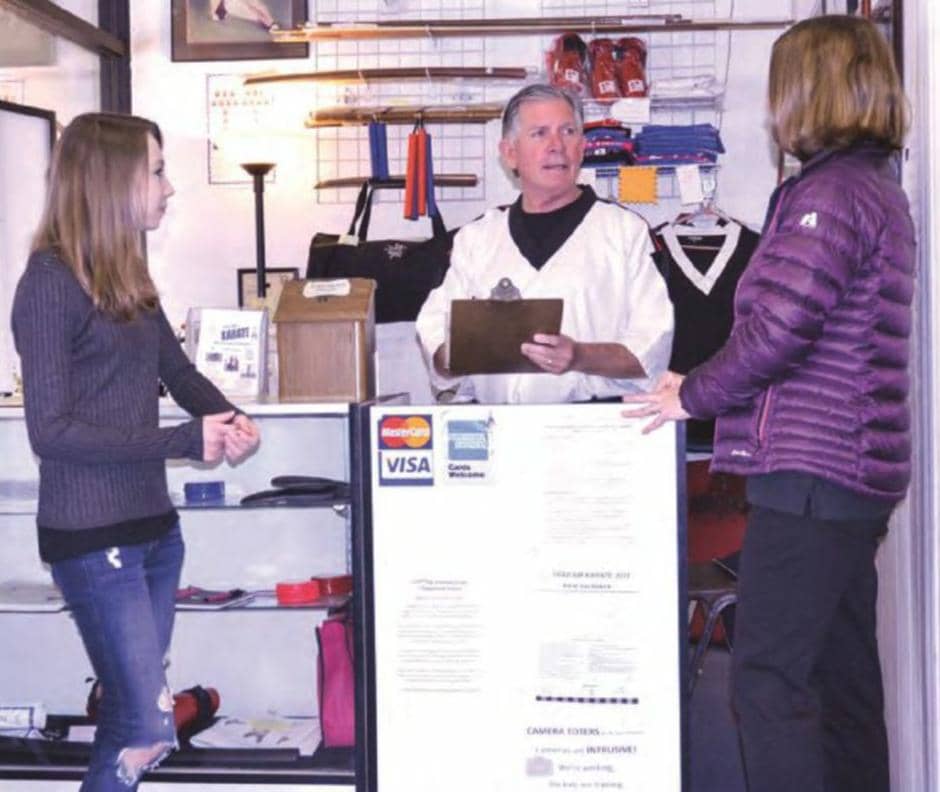 I’ve run martial arts schools for many years. Like most school owners during the days before Google and Bing, I depended on listings in the White Pages, which I augmented with paid ads in the Yellow Pages. To stay near the top, I used the alphabet, making sure my dojo names started with “Burk” or “American.” When coupled with the occasional display ad in a local publication, this strategy worked well for decades. The phone would ring regularly with calls from interested parties, and those leads often turned into new enrollments.

THEN CAME THE INTERNET. At first, people interested in learning martial arts would use search engines to find local schools and proceed to check them out — which was fine because everyone was on a level playing field. That didn’t last long, however.

One day, I woke up and found that, according to the search engines, my academy’s ranking in our city had dropped from the top of the first page to a position with virtually no visibility. That left us completely out of the running. It shouldn’t have been a surprise, but it was. I’d been asleep at the wheel, oblivious to the low ranking that had been secretly hampering us. Over time, the phone calls slowed even more, and fewer walk-ins were showing up. I had no choice but to go on the offensive.

STEP 1: I took a hard look at our website, which a former student had built years before. Although it seemed fine to me, I quickly learned that it had become outdated and was decidedly not user-friendly. In my defense, not one student or parent ever walked into my office and said, “Sensei, our website sucks.” If anyone had, I would have listened. Nonetheless, I should have identified the deficiency before it became a serious problem.

I asked the original web developer for help. She moved my site from its private hosting platform to a commercial hosting service. As soon as the migration was finished, I knew I liked it because it was very modern and user-friendly, which meant I could post content without needing to ask someone else to squeeze it into their busy schedule. I also liked the fact that the hosting was still free. (Even so, I plan to upgrade to a paid account soon because more options are available and the annoying popups will end.)

A third benefit of the switch is that people can view my site on their smartphone or tablet. No longer is a laptop or desktop needed to use all the site’s features. A fourth benefit is that the new platform is designed for search engine optimization, or SEO.

That surely will bring in more traffic, I figured.