Power Of The Punch 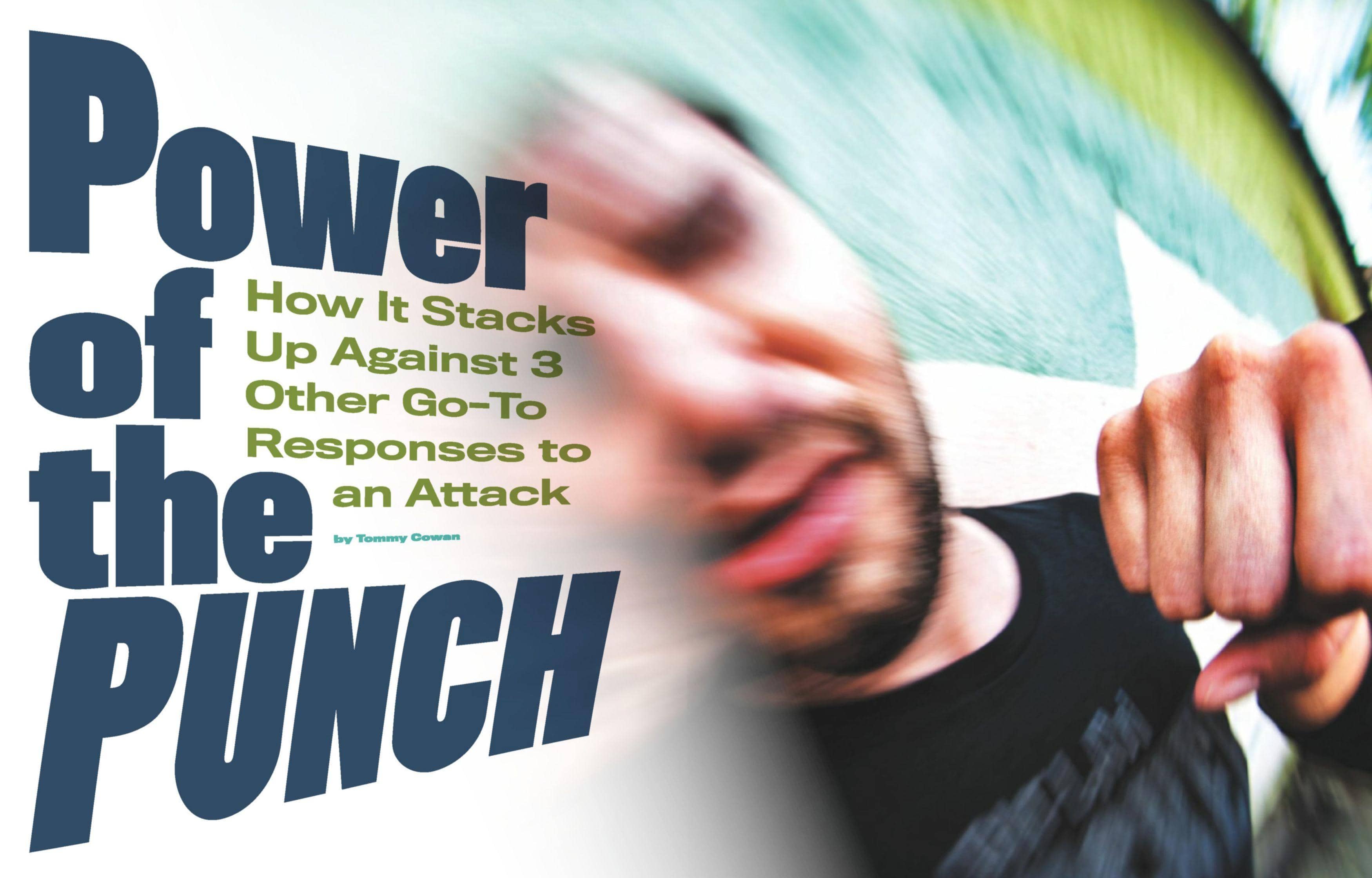 In hand-to-hand combat, you face a constant and undeniable danger. Among other injuries, you can sustain broken bones, torn cartilage and ruptured organs. You also can be knocked unconscious or killed.

Over the millennia, various cultures have developed their own techniques and strategies for dealing with such threats. One of the most pervasive is punching. That’s the case because in most unarmed encounters, a properly thrown punch is the most efficient and effective tool a martial artist can use.

While engaged in battle, your objective is to remove the threat as quickly as possible. No responsible martial artist would suggest that killing an attacker is the optimal solution, but people do get killed in street fights, and if your life is on the line, dispatching a violent criminal may be the best option for threat elimination.

The second best option is rendering the assailant unconscious. The third best is immobilization (broken leg, shattered kneecap, etc.). The fourth best is dishing out so much hurt that the person retreats. The fifth best is temporary immobilization, which affords you sufficient time to escape.

Before you select any of these options for use in a self-defense situation, however, you must consider the three criteria of efficiency: the time it will take to administer the technique to full effect, the energy you will expend doing so and the situation you’ll be left in should the technique fail.

I call that third criterion the defaulting scenario because it’s the position you end up in if your technique doesn’t function as intended. This is very important, but it’s often overlooked because people tend to focus on how well their move will work in a fight. This fails to take into account three possible outcomes: Your opponent dodges your strike, he blocks your strike, or he weathers the technique and the two of you become entangled.

I mention all these possibilities because I’m about to argue that a punch is often the best way to effect any of the five options for threat removal. Furthermore, if your punch fails, you’ll be left in better hands, pun intended, than you would if you had tried one of the other techniques discussed here. Those other techniques, which were chosen for the sake of comparison, are quite common in the martial arts: kicking, choking and eye-gouging.

Before I begin, it must be acknowledged that proper punching is not as natural as some martial artists think. Developing a good fist strike requires a fair amount of technical instruction and physical training. But once you invest the time needed to ingrain the correct mechanics and condition your fists and shoulders, you’ll have a punch that flies fast, hits hard and leaves you relatively safe in the event of a shortfall. Such a blow, delivered to the jaw, the temple or the occipital region of an opponent’s skull, can do serious damage, including a knockout that instantly eliminates the threat.