‘What was unique is becoming normal' 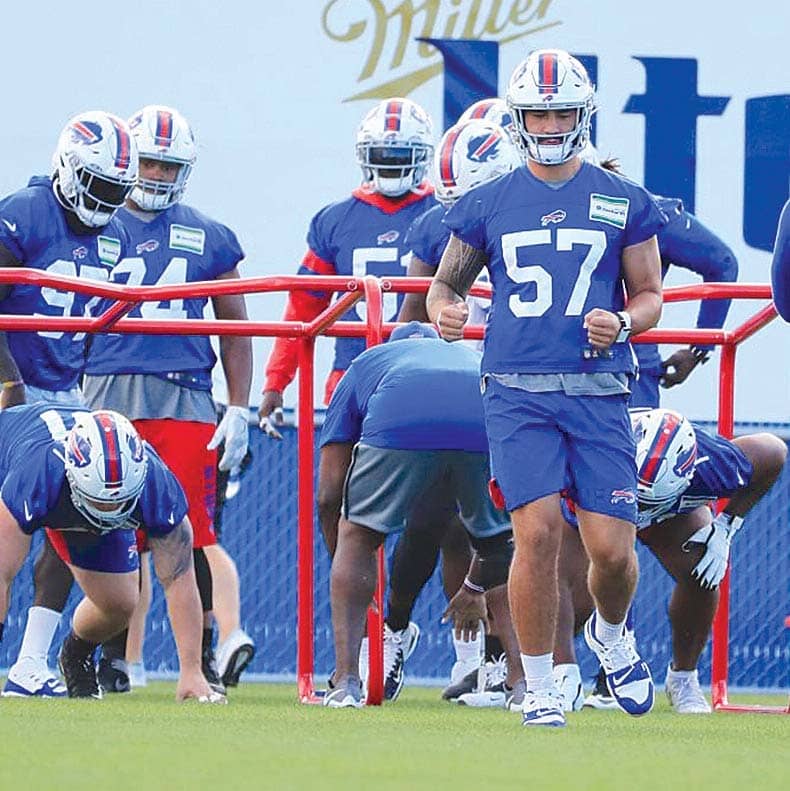 Q: Of all the things that keep you up at night related to football, whether it’s defense, injuries, COVID, all the hoops that you’ve had to jump through, where does Josh Allen’s progress and development rank on that list?

SM: I’d say it’s at the top of the list. It’s been fun to watch Josh put in the work in the offseason to grow his game, develop his game, polish his game. It’s also been fun to watch him grow as a leader on our football team. And also I would say getting to know Josh even more, I felt like we unearthed a lot of who he was going through the draft process. But until you’re around people multiple years, you really don’t know them as well as you want to. So now in Year 3, just seeing him grow as a young man on and off the field has been fun to watch. He’s highly competitive, as I’ve mentioned with some of our defensive players. Josh is very similar. He has that mindset, as we’ve all seen on the football field. He’s competitive to the point that he wants to continue to grow his game just as much as anyone.

Q: Because the one narrative outside of Buffalo that I see is that the only question mark on this team really is Josh Allen’s development. What do you make of that narrative?

SM: Well, I think that that’s understandable for a quarterback who most people know who Josh is. Until you’re able to silence that, it’s going to continue to come up. I think at the end of the day, Josh wants to prove himself inside the building first and I think he continues to do that and show his teammates who he is and what he’s capable of and I’ve been around some quarterbacks who started off very much like Josh has and have developed and played at a high level like Donovan McNabb and Cam Newton and that takes time and in particular at the quarterback position there’s a lot to balance. But we’re encouraged by Josh’s development and the time he put in when he was away from us every offseason, including this offseason, he’s worked on his game and he continues to polish his game and get on the same page with his receivers over the last couple of weeks now.

Q: What have you seen in A.J. Epenesa’s growth? Defensive coordinator Leslie Frazier said that Epenesa has been really taking the playbook in and he understands things better than maybe the average rookie.

SM: I thought he got off to a nice start in terms of playing a couple different positions and so really what he’s challenged with right now is being able to digest all that information as the volume has added up so that he can play fast and really pin his ears back and that’s what we’re working on right now.

SM: Yeah, the competitive nature he brings to the team I think is apparent to your point. Watching him go against the likes of Tre White, Levi Wallace, Josh Norman, just to name a few, has been fun. I know Josh from our time together in Carolina and certainly I know Levi and Tre both and their competitive spirits as well. So that competition is a big part of our football team and not just at that position but all position. And that’s where guys that have that “dog” mentality, if you will, and are able to flip the switch on when they come on the field and flip it off when they go off the field, that’s important as well. So that’s a big part of building a competitive football team.

Q: What are your impressions of rookie receivers Gabe Davis and Isaiah Hodgins so far? We heard John Brown say that they’ve helping the vets with the playbook. Are they any more advance than most rookie receivers that you’ve seen?