‘We take it week to week' 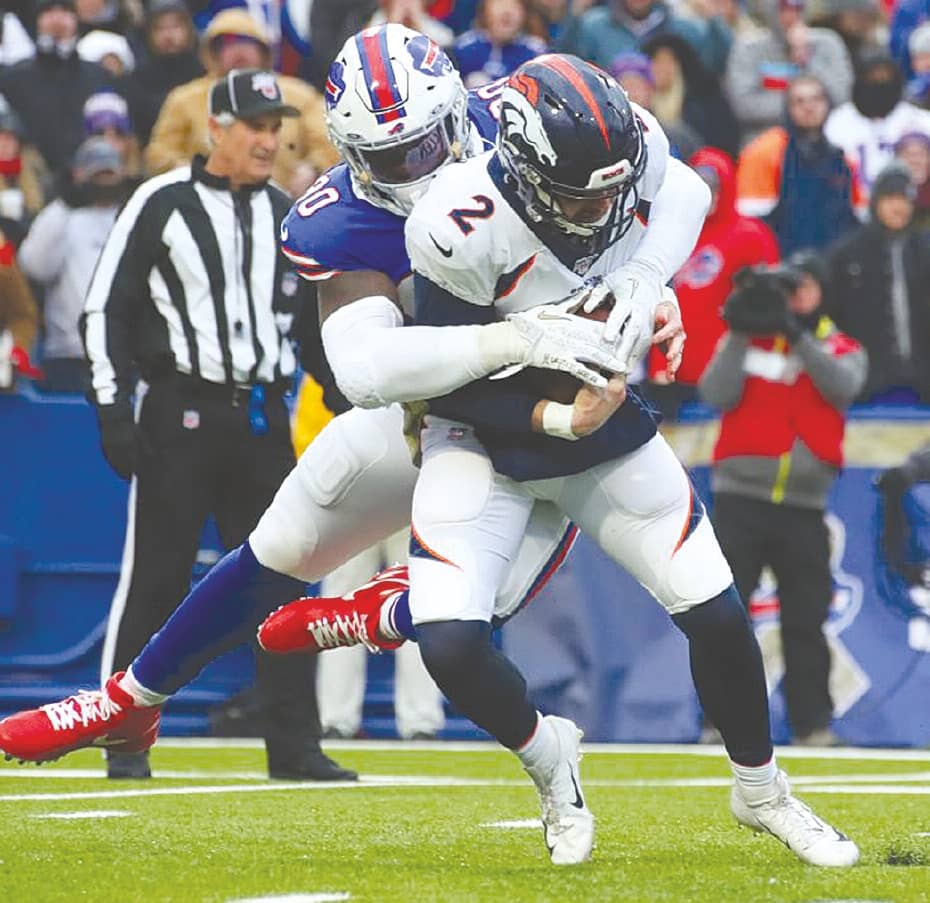 SM: Overall, we take it week to week. We took it week to week back then, we take a week to week now. A lot of my message I would say, it’s probably a better question for some of the players that were here with me then, here with us then. A lot of it has remained the same because I believe in it. And then I’m hoping that I’ve gotten better with age, as well and experience.

Q: What do you think the addition of Cole Beasley this year? What has that meant for Josh Allen? You didn’t have him last year. How much of a difference has he made for Josh’s development this season?

SM: It’s been big for our overall offense and really for the personality of our football team. You guys have been around Cole; he’s a likable guy. He’s come from a good upbringing and a football family and he understands the game. He’s got football instincts. Not the biggest, not the tallest obviously or the fastest, but he knows how to play the game and he loves to compete. I think he’s one of our dogs and I love that. You watch him on the field, you watch him in the training room and get a little shooting hoop in there. He loves to compete and that’s an ingredient, a big ingredient of who we are.

Q: Where Shaq Lawson was a couple of years ago, you guys were a little bit critical of him publically, to where he is now ... he’s playing a lot of snaps and coming up with a two-sack game against Denver. What do you think of what he’s done?

SM: Just a phenomenal effort. He brings a lot of energy to our football team during the week. (Against Denver) you saw, as well, on the field. He’s one of those dogs in a good way. He likes to hunt and I love having him on our football team. I think he’s one of our catalysts for us, whether it’s offensively, defensively, he's a guy that’s well respected on both sides of the ball for how he brings it every, every day.

Q: I know you gave Frank Gore the game ball after the Denver game ... was that one of the more special game balls you’ve given out?

SM: Yeah, absolutely. I was just the one distributing the game ball. It’s an honor to watch Frank everyday. It’s an honor just to have witnessed what we’ve all witnessed out here, and we should all be grateful for being able to witness that. He went to third all-time and those names that are up there, those are legendary names and Frank is now right with those guys. And not that he wasn’t before, but to be number three is an incredible. Incredible testament to his character, to his work ethic, to his just mental toughness and proving people wrong I would say also.

Q: How has Corey Liguet been fitting into the defense?

SM: He’s done a good job. I think the more he’s around our system, the more comfortable he gets and the faster he plays. That was good to see. He really does some good things that the other guys in the room could stand to learn from as well. That veteran experience from a fundamental and technique standpoint is real for us.

Q: Dawson Knox’s snap count is continuing to grow. Where have you seen in his kind of evolution as the season has gone on?