Very proud of Josh and his approach' 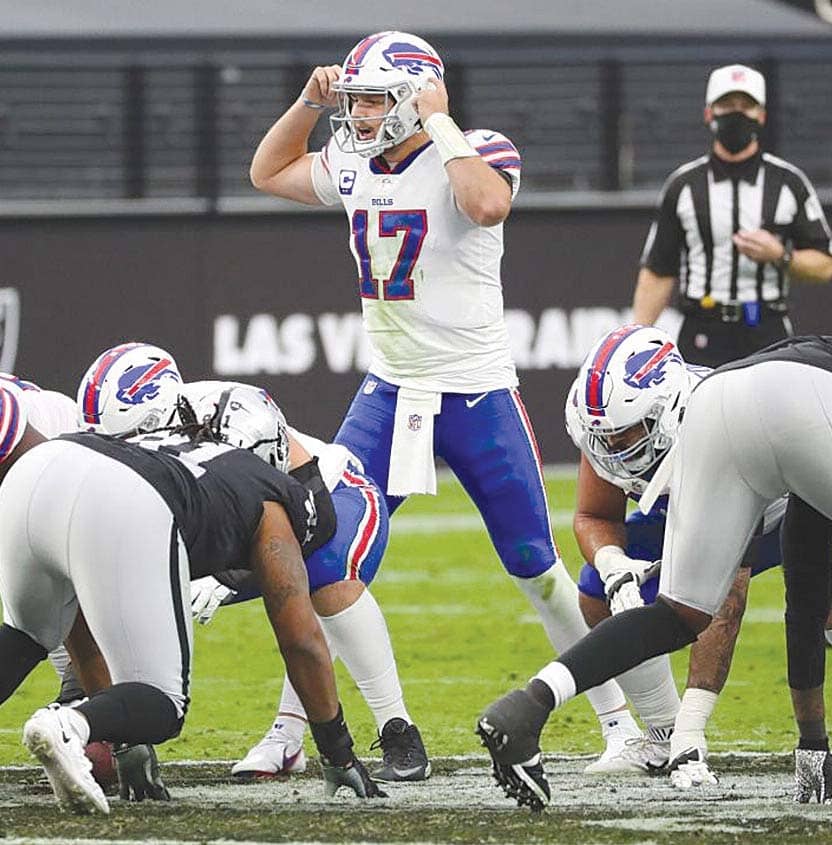 Q: How much do you appreciate the job that your staff has done so far this year?

Q: It’s still very early in the season, but when you hear Josh being mentioned in statistics with guys like Peyton Manning and Patrick Mahomes, what’s your reaction to that?

Q: Have you ever been involved in a game as wild as the Week 3 win over the Rams? Micah Hyde said it was at the top of his list for his career.

SM: Well, you know I’ve been in a number of games when you get old like I am. We were just talking here recently and saying how cool it must have been at the houses in Buffalo where the fans must have been going crazy and cool it would have been to have them at the stadium, right? The place would have been shaking. Just an exciting game. Really a special game to be a part of.

Q: I thought it was interesting to hear Josh talk after the Rams game about what he learned from the Houston game about bouncing back and trying to regain his composure, etc. He felt like he applied some of that. What’s your perspective on his growth curve relative to what we’ve seen so far?

SM: I think you’re seeing what we’ve seen in practice, and really going back to training camp, with the way he’s approached his offseason even before training camp to now. A tremendous amount of growth. And you learn through experiences, and we as a team have learned through shared experiences. We’ve got 20 seconds or so on the clock against the Rams, we’re inside the 10-yard line there, and there was absolutely no panic on the headset, from our players, the sideline, from our players on the field. Just a lot of calm and whether it’s Josh in this case or any other player or staff member, just (acting) like we’ve been there a number of times before and that’s awesome.

Q: What needs to better as far as the run defense goes?

Q: Some of your defensive linemen in the week leading up to the Rams game said if you don’t stay in your gap, they will expose you. Is that some of what happened when you look at the run defense and the difficulties you had there?

Q: It’s still very early into his pro career, but how impressed have you been by wide receiver Gabriel Davis so far?