‘Turn that pain into growth' 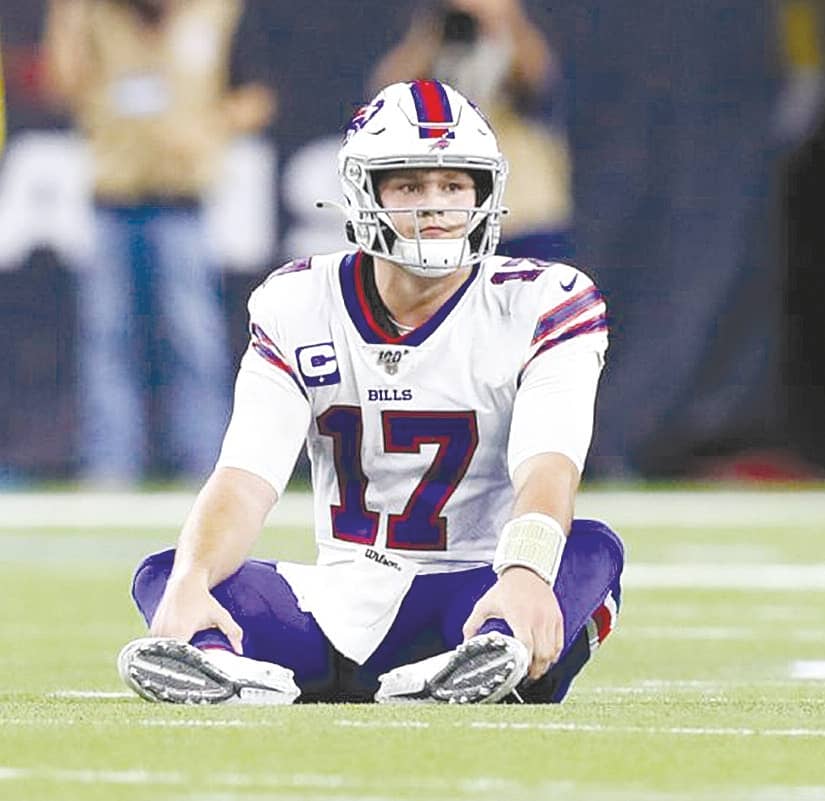 Sean McDermott’s opening statement: Before I get started, I just want to take a minute to express my appreciation publicly for a couple people starting with Terry and Kim Pegula. The support that they give us is second to none, their commitment to winning is second to none in this league and to that I’m extremely appreciative. To Brandon (Beane) and our staffs that daily stand behind both of us and support us ... to our players, there’s no group of players to me that have stood and worked day in and day out as hard as these players have worked this past season and for that I’m extremely appreciative. To our fans, just being here three years now, this fan base is as loyal and as passionate as I’ve ever been around. To meet us at the airport at two o’clock in the morning in January to show their appreciation the way that they do week in and week out, year in and year out, it’s unique and special and for that I’m extremely appreciative. ...

I do want to take a moment before we get into the football part of it to also express my appreciation and respect for Lorenzo Alexander and his family and the job that he’s done as a leader on and off the field and in our community here in Western New York. That goes a long way and he’s been a tremendous asset to me as the head coach and connecting our message to the locker room. I just want to take a minute to wish him well and thank him for everything he’s done in the past couple of years.

Transitioning to the game and football, the (postseason) game certainly did not end the way we wanted it to end. It did not go the way we wanted it to go, in particularly in the second half. Because of that, it’s been a painful couple of days for all of us and I recognize that. My hope is in time if it’s handled the right way, the pain will turn into strength and that strength will turn into growth. I think that’s what really separates the winning organizations to the winners in our lives and in our world. There’s painful moments, but those turn into that strength and then the growth that comes from that is what continues to move us forward as an organization, as a fan base and as a team overall, quite frankly. There’s a lot we can learn from that game. We have to keep our team together, as many pieces as we can, and then approach this offseason with a tremendous amount of urgency, as we continue to grow and continue to build this football team and organization into what we want it to become.

Q: What do you feel are the biggest elements or steps that you have to take as a team and as an organization to reach that next level going towards this offseason?

SM: I would start off by telling you that we have a lot of work to do. We have to, number one, start in house. Start internally in terms of our roster and we’ve got some decisions to make. I won’t go into all of those decisions, you guys know some of what those are but making sure that we keep as much as this team intact as possible.

Q: As well as Josh Allen played for much of the season, what concerns do you raise over how he essentially unraveled in the end of the game and with the turnover that happened that led to the field goal?

SM: Overall let’s start from the start with Josh. He’s made a tremendous amount of progress, let’s start there. Let’s recognize the work this young man has put in and the growth that he has shown. Is there still work to do? Yes, and he’d be the first to tell you that is, in fact, the case. The (Houston) game did not end the way we wanted it to end and the reason is because we didn’t play well enough in the second half in particular. We scored field goals, we needed touchdowns. You look back and say, hey, we were up 13 after the half there, we have a takeaway and we had the chance to go up 20-0 at that point. Maybe the game changes at that point or maybe it doesn’t.