This offense can compete with the best 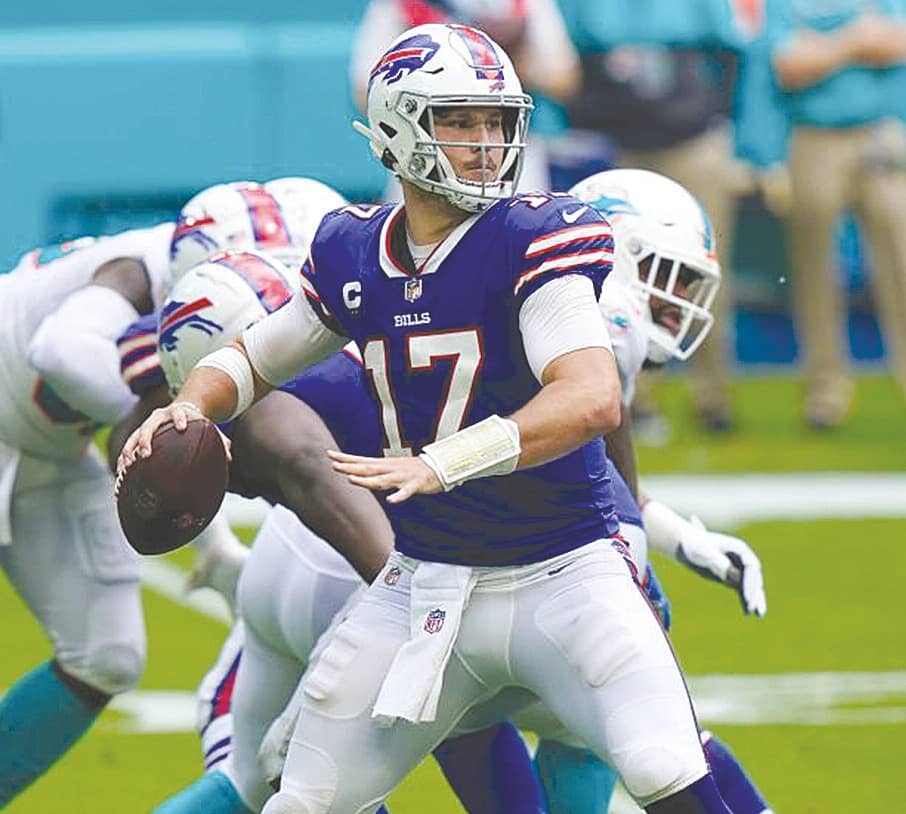 Late in the first quarter of Buffalo’s Week 2 game against the Miami Dolphins, the CBS TV feed vanished for 20 minutes thanks to a power outage. Stefon Diggs’ first touchdown as a Bill was shrouded in mystery — did it really, actually happen? — and Bills fans (and reporters) were forced to find old radios in their basements.

Then, to open the second half, both teams headed back to their respective locker rooms for 30 minutes due to a lightning delay.

Thankfully the game resumed, and the feed was fixed. Because this was not a game that any Bills fan could afford to miss.

We’ve seen statement games before from this franchise. Jim Kelly’s unlikely scramble for a last-second touchdown in this very same stadium instantly comes to mind. Josh Allen had one last year in front of a national TV audience against the Dallas Cowboys on Thanksgiving.

But this one felt like another step up from that Thanksgiving performance. This looked like the Bills team that we’ve been waiting to see for decades. It was a dynamic, explosive and aggressive performance that ended with Allen throwing for 417 yards and four touchdowns in a 31-28 victory.

The Bills didn’t just put their foot on the gas. They took the Ferrari out of the garage, warmed it up and went drag racing for four straight hours.

“I think some defensive head coaches take the approach of continuing to pad their side of the ball and then they like winning a 11-9 game,” said Bills head coach Sean McDermott, reflecting what appears to be a bit of a change in philosophy. “Whereas, I guess for me I don’t like winning 11-9. I like winning, but I just feel like to have a good football team that can sustain success you need to have a balanced football team. So Brandon Beane and his staff did a great job of continuing to look offensively what we could add to what we had, and so I think you’re seeing the result of some of that.”