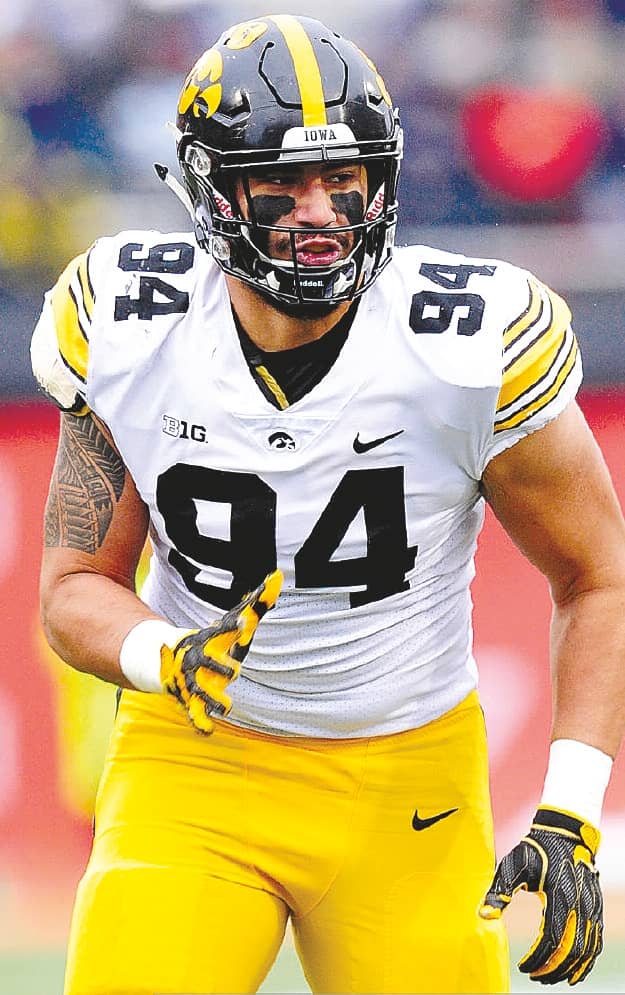 A.J. Epenesa’s first sack as a member of the Iowa Hawkeyes was beautifully violent.

Showcasing his size, strength and natural power, Epenesa burst off the right edge, not falling for a fake handoff on a read-option. In an instant, a loud smack is heard and the quarterback is driven to the ground.

“Probably should’ve handed that off,” guard Jon Feliciano tweeted after Epenesa was selected 54th overall by the Bills and that play went viral.

“I was playing the long game, wanted him to be a Bill,” Allen swiftly replied.

Allen got his wish, as did general manager Brandon Beane — who, like many others, had Epenesa rated much higher than where he ultimately fell. Pro Football Focus ranked Epenesa 20th overall, which would have put him in contention to be Buffalo’s first-round pick had the Bills not used it to acquire Stefon Diggs. ESPN ranked Epenesa 32nd overall. Sports Illustrated had him at No. 24.

“You’ve seen his production. Without asking the question, I don’t know exactly why he fell,” Beane said. “I assume he fell because his 40 time. Some people knocked him a little bit on that, but you know how I care about that stuff. I’m looking for football players and he’s a damn good football player.”