Not time to panic, but there is concern 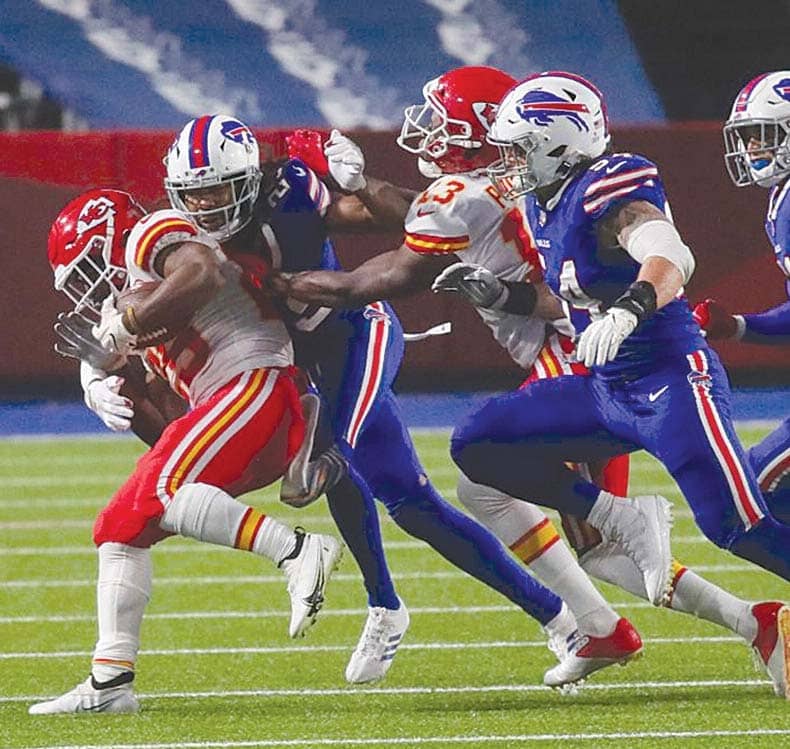 The sky isn’t falling — the Bills are still 4-2 and sit at the top of the AFC East.

There’s never been a better time to see the struggling New York Jets coming up on the schedule.

After so much went right for the Bills throughout the season’s first month, just as many things have gone wrong for Buffalo the past two weeks. It started with a 42-16 thumping in Tennessee in Week 5 and continued into Week 6 with a 26-17 loss to the Kansas City Chiefs.

The sky isn’t falling — the Bills are still 4-2 and sit at the top of the AFC East. But there’s absolutely cause for concern.

The key now for Buffalo is to regroup and rebuild before it’s too late. Similar stretches await as the season goes on — the four-game stretch from November to December featuring Seattle, Arizona, the Los Angeles Chargers and San Francisco looks to be quite the gauntlet — which makes the next two weeks as critical as ever.

Even with the faults that have risen to the surface, the Bills remain a much better team than the Jets and the New England Patriots. Both are division games. Win those two, regain some confidence, and get the train back on track.

“That’s good perspective,” Bills head coach Sean McDermott said after the loss to the Chiefs. “The minute losing gets easy, that’s not a good deal. We take it hard, there’s no moral victories, and we’ve got to really look at our football and be truthful with ourselves and say what do we have to get corrected and have those conversations. If we do that, our team will move forward as we continue to grow through the season and we'll peak at the right time. At this point, that remains to be seen.”