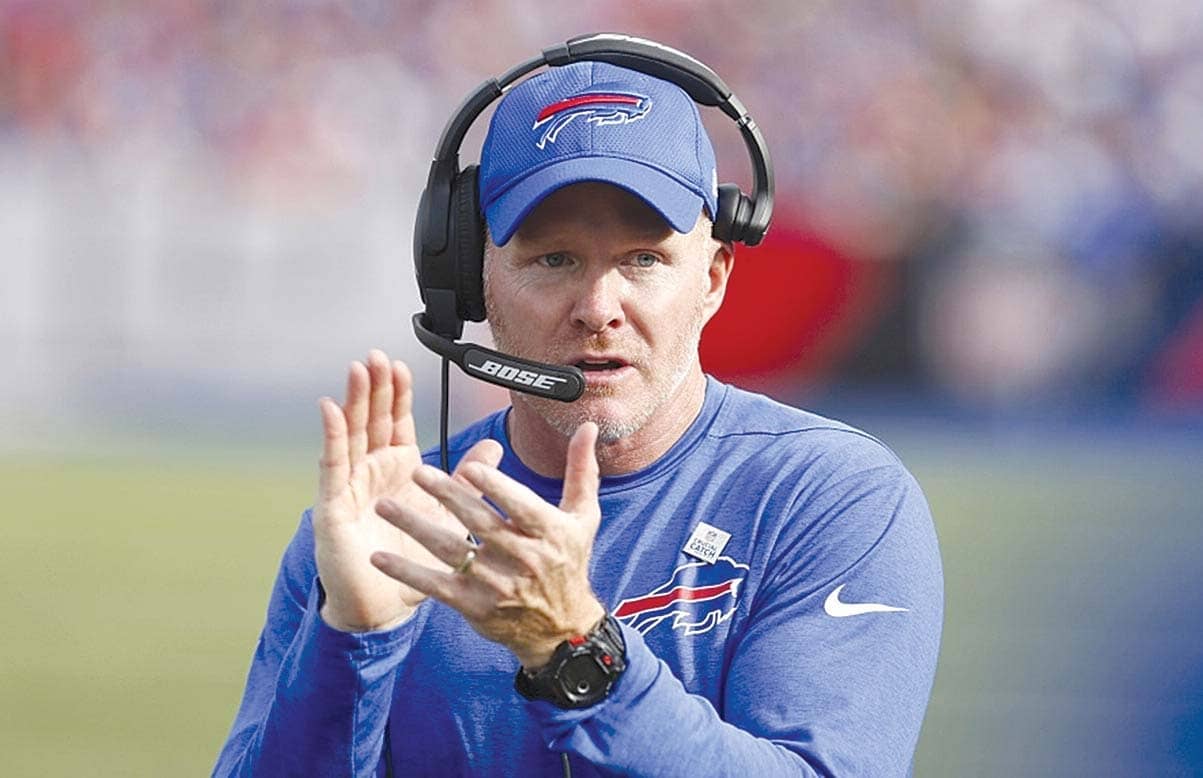 Bills keep coach through 2025 with extension

“The Process” isn’t ending anytime soon for the Buffalo Bills.

The Bills signed head coach Sean McDermott to a four-year contract extension on Aug. 12. With two years remaining on his original deal, the extension locks McDermott up through the year 2025.

“Sean’s leadership on and off the field has been nothing but genuine and transparent, qualities we appreciate as owners,” owners Terry and Kim Pegula said. “He is the same great person to us, the players and everyone across all our organizations. We will never forget how impressed we were during his first interview. Sean’s attention to detail was apparent back then and his process-driven approach has brought great stability to our organization. We are happy to extend his contract and keep him in Western New York for many years to come.”

The extension is well deserved considering how McDermott has changed the Bills’ fortunes for the better since his arrival in 2017. Buffalo has made the playoffs in two of McDermott’s three seasons in charge, and the Bills recorded double-digit wins last season for the first time since 1999.

In just three years, McDermott is fifth on the Bills’ all-time coaching wins list with 25.