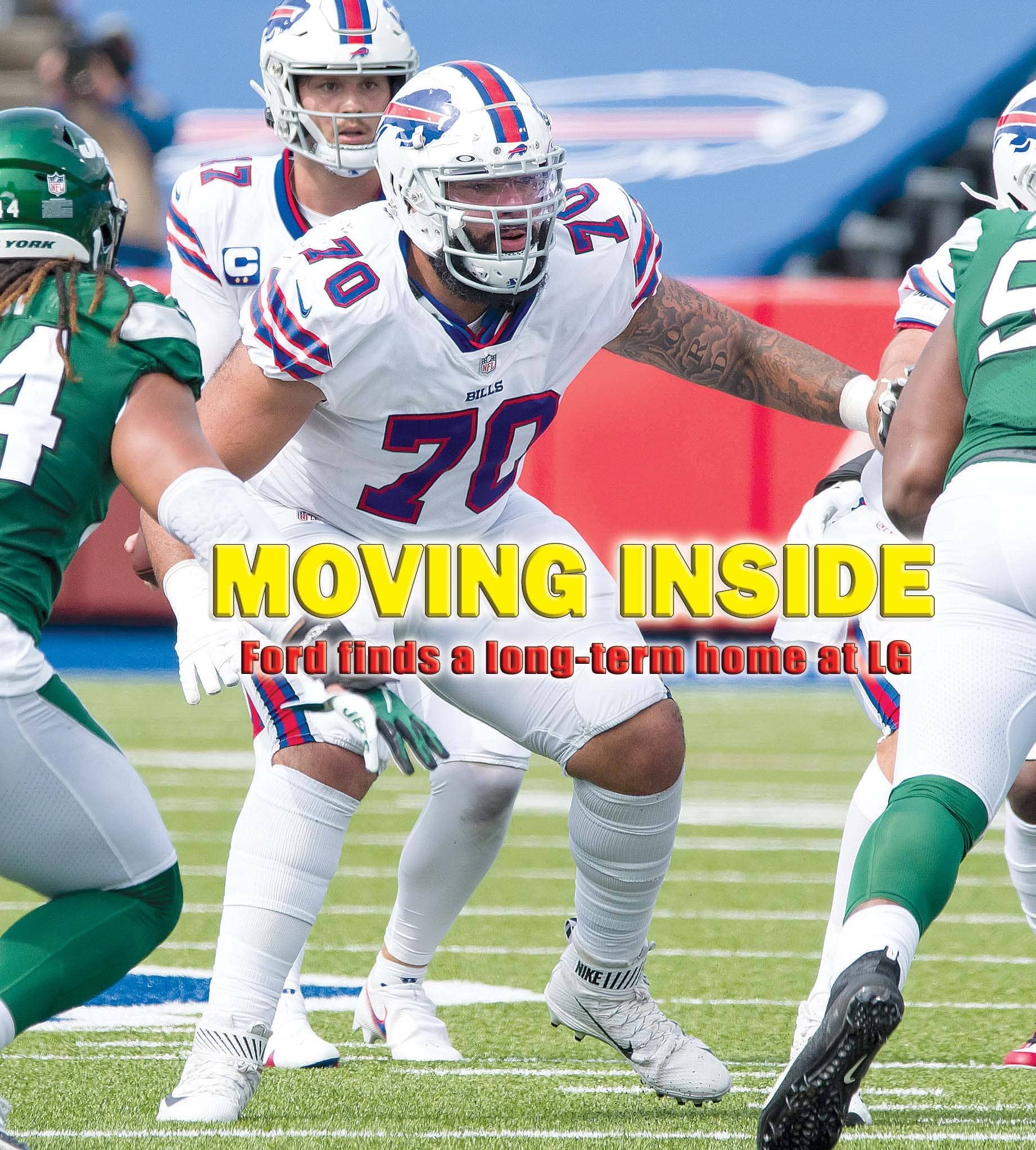 Cody Ford has always maintained that he has no preference when it comes to where he lines up on the offensive line.

Fortunately enough, both of those have come true for Ford. The Bills are off to one of their hottest starts in franchise history, with the offense producing at a record-setting pace. And Ford appears to have finally found a permanent home at left guard.

The decision has been a long time coming. At Oklahoma, Ford excelled at both left guard and right tackle. That prompted the Bills to select Ford 38th overall last year. With questions surrounding his ideal position at the NFL level, the Bills made the unusual move to use both Ford and veteran Ty Nsekhe at right tackle, often rotating by the series.

Ford expected to stay at right tackle upon returning to Buffalo for his second season, but instead found himself at left guard to open training camp. After starting right guard Jon Feliciano suffered a serious pectoral injury, the Bills used the remainder of the preseason and the first few weeks of the season to tinker with their lineup in an effort to find their best five. Ford was always expected to be in the mix — it was just a matter of where. Ford started Week 1 at right guard, before switching to left guard in Week 3.

After Brian Winters, now at right guard, suffered an injury in Buffalo’s Week 4 win over the Las Vegas Raiders, the Bills decided to keep Ford at left guard instead of moving him back to the right side. It now looks like that’s where he’s going to stay for good.

“I don’t like moving guys around all that much,” Bills head coach Sean McDermott said. “It’s nice to have position flexibility, but at the end of the day you can hurt yourself if you move a guy around too much. He’s playing guard and that’s where we plan on keeping him at this point. I’ll tell you, he’s a tough sucker, man. He played through some things (against the Raiders) and (I have) a lot of respect for how he plays and how he’s able to push through things mentally.”