‘It's A Week To Week Battle' 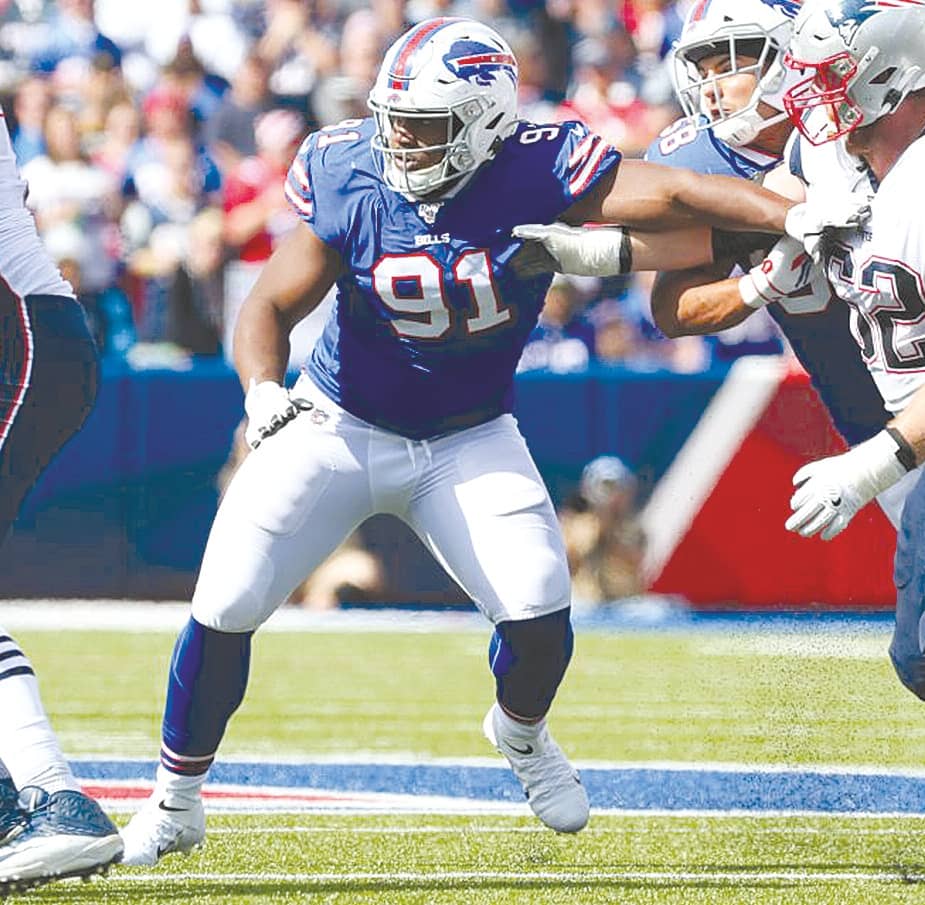 Q: Would you say it’s safe to say that Tre’Davious White was the spark your team needed against Miami?

SM: He played a heck of a game. Absolutely a heck of a game. Looked like he covered well, for the most part, took the ball away in the red zone down there. And then he got the take away, the punch out as well. So big time, big time energy boost to us and played at a high level.

Q: How important was that 98-yard drive touchdown drive by the offense, both for the offense for confidence and to give the defense a rest?

SM: Yeah, complementary football that we talk about, that type of drive. That's not an easy drive to play, to do, and continue to play clean football all the way down and then the defense gets a chance to get a rest as well. Look, a lot to learn from this game, I thought on both sides and really all three phases. So, but good to get a win, good to get a win at home in front of our fans and appreciate them hanging with us like they did and that’s a tough group right there. And our guys stayed tough throughout the game.

Q: Recently we asked you about your philosophy of what you want this team to be, to expect a win every time it takes the field. What’s the fine balance though when it comes to not be being overconfident against a team you know a lot of people think could be a pushover?

SM: Yeah, well you know, listen, we focus internally quite a bit because of that, number one. Number two is having a chance (during the bye week) to watch some games I don’t normally get a chance to watch, you’re reminded and we talked about this as a team, you’re reminded of a couple things. The very first one is it’s a week to week battle, and you can throw records out the window. Records really don’t matter in this league, they don’t matter. With all due respect to the just the Football Gods, right, this is the best of the best in the world and you’ve got to be on your A game every week, whether it’s major college football, or in this case the NFL.

Q: Do you feel like you build and maybe internally in that locker room now, is there a culture where you don’t have to worry about this team letting down?

SM: Well listen, I’m confident in our player-driven leadership. And we have a process in place that we focus on and take them one week at a time. That said, again we respect every opponent. And so, we have to continue and I’ve stressed this since day one, continue to improve. If you stay where you are, you’re going to get beat in this league, and you’ve got to continue to grow every week. So that’s what we’re focused on.

Q: With that in mind, after getting a week to kind of take a look at yourselves a little bit, on the offensive side of the ball I know you’re always focused on the areas where you want to improve, but where have you seen areas of noticeable growth?

SM: Yeah you know we’ve been able to move the ball. So that’s been a positive. I think we’re executing at a higher level than what we have in the past with still a lot of room to improve with extending drives, remaining penalty free, executing at a high level with everybody on the same page. So, that’s a consistent and from an effort standpoint, and focus and a point of emphasis for us, we’ve got to continue to do that in order to put up points. At the end of the day moving the ball is one thing, we’ve got to score points and score touchdowns.

Q: On that note coach, going into Week 7, your team is number one in league, or tied for, red zone efficiency for scoring touchdowns, last year you were middle of the pack. What’s been the biggest difference you think in how you guys have improved on that?

SM: Yeah, everyone on the same page, execution, putting a good plan together that we can execute at a high level. It’s not necessarily always what, but how we do things. And so that goes to the red zone and also really everything we do.