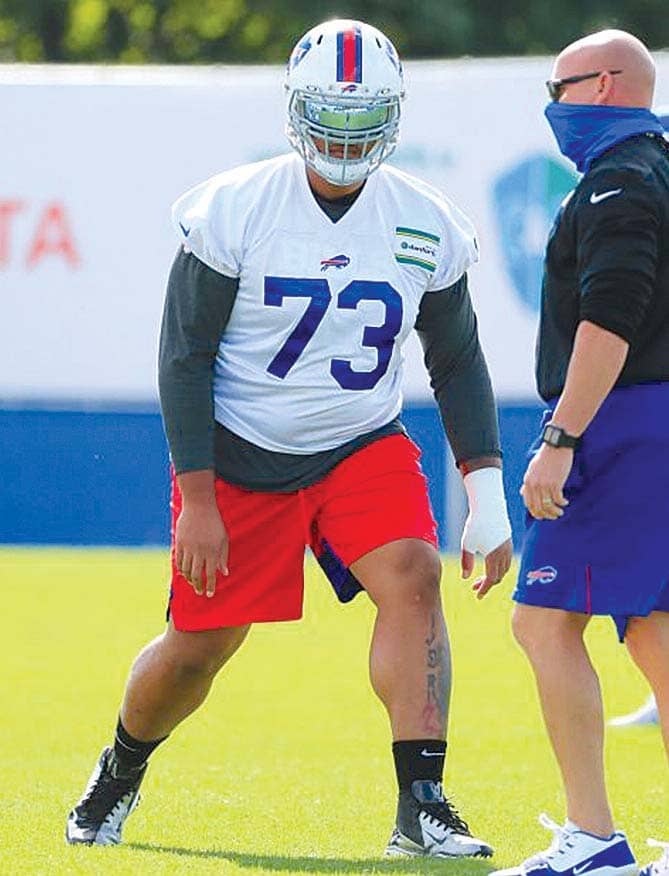 One day after securing their head coach’s future, the Bills did the same exact thing with their franchise left tackle.

The Bills signed Dion Dawkins to a four-year, $60 million extension (with a reported $34 million in guaranteed money) on Aug. 13 that is set to keep the left tackle under contract through the 2024 season. For a player who many projected to be a guard at the NFL level, this was a watershed moment in his career.

“It’s definitely time to go out there and earn every penny of it and just to believe in yourself and to continue to take it one day at a time,” Dawkins said. “It just gives me that much more respect and it just shows that the respect that they had for myself that, listen, this is our franchise tackle and Dion Dawkins is a piece that we can build around and we can continue to win games with. It means a lot to myself, it means a lot to being a pro. I have a billionaire organization that believes in the kid from Rahway, from Temple, the second-round draft pick, the kid that nobody thought could be a left tackle. And here I am.”

Dawkins, 26, has established himself as one of the best young tackles in the league in recent seasons. He did an outstanding job of protecting Josh Allen’s blind side in 2019 and was a big part of the team’s impressive turnaround on the offensive line.

The offensive lineman is thrilled that he’ll continue to call Buffalo home, because this is where he wanted to remain. He was entering the final year of his rookie deal.