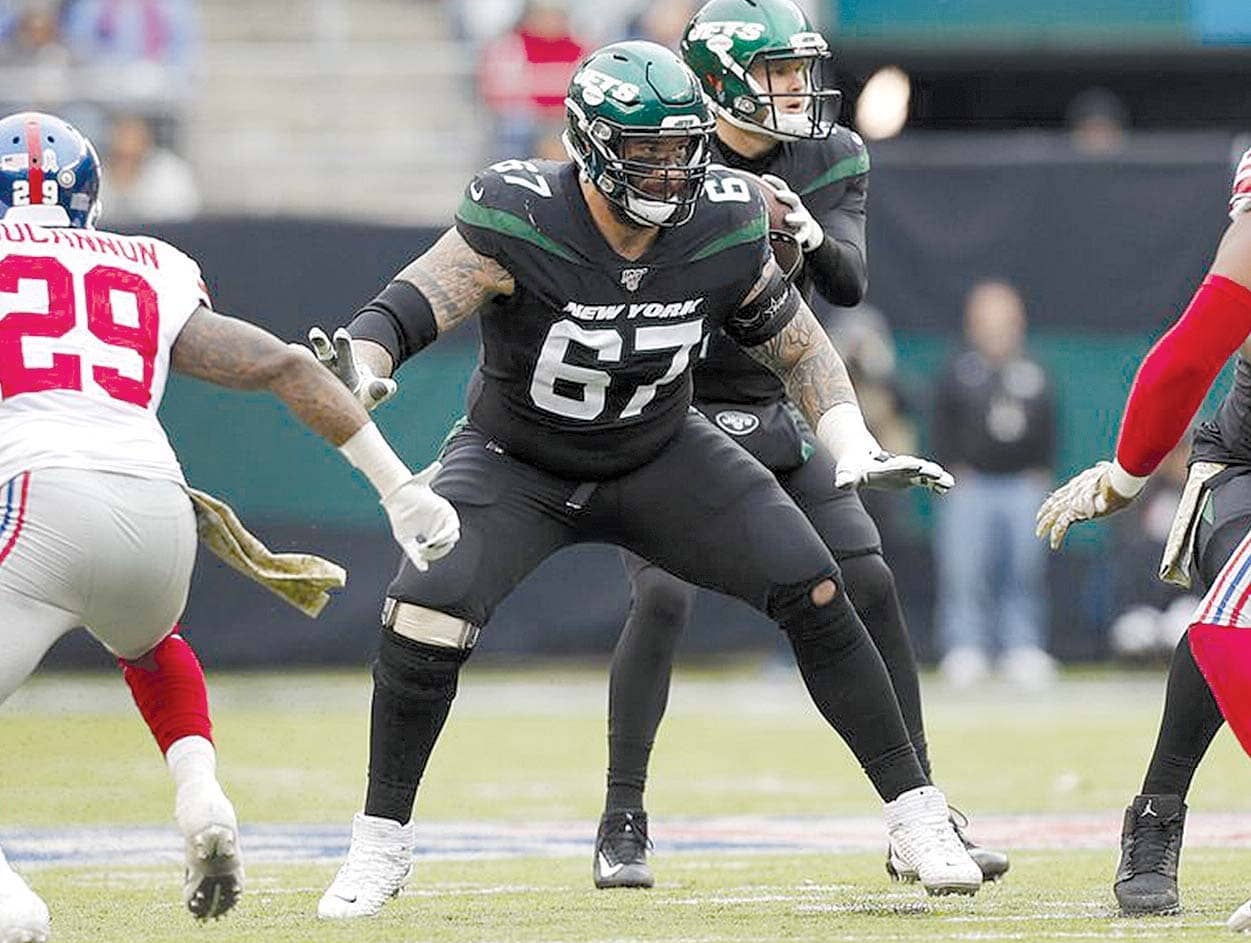 Brian Winters didn’t need any extra help in getting directions to the Bills’ facilities.

“My mom and my dad actually lived right here in Orchard Park for eight years or so,” Winters said. “Right down the road from the facility, they used to walk to games. So I’ve got some history here.”

He’s got a present and a future in Buffalo, too. After right guard Jon Feliciano underwent surgery for a pectoral injury — which will likely leave him on the shelf for months — the Bills signed Winters to a one-year, $3 million deal. Winters’ arrival came after he was surprisingly released by the New York Jets one week earlier.

“Obviously I’m proud to be here, I’m excited to be here,” Winters said. “I’m excited for a new start. Right now I’m just trying to do everything I can to concentrate on learning this playbook and being the best teammates I can be. I’m going to do whatever I can to help this team. I’ve got to start with the play book, learn all my teammates’ names and I’m going to work my way up.”

Given the restrictions surrounding free agents visit amid the coronavirus, Winters had to go through an unconventional route to Buffalo. But he ultimately felt like it was the right fit in the end.