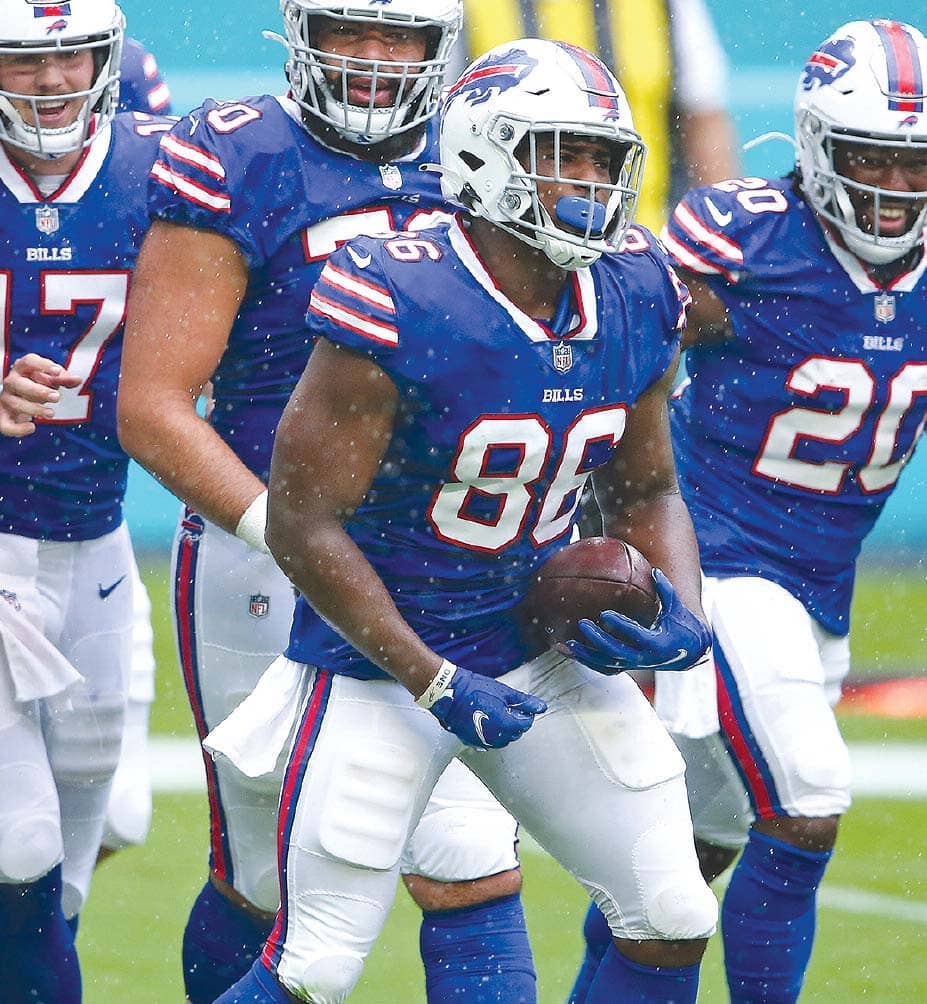 Reggie Gilliam has turned into one of the best underdog stories on the Bills roster this year. The Toledo product entered training camp as a fullback with a long-shot to make the team; he finished training camp as a tight end who, in fact, had made the opening day roster. Gilliam’s lined up in a lot of different roles throughout his playing career — running back, fullback, tight end, standout special teamer — and he’s looking to continue developing as a swiss-army of sorts with the Bills. Bills Digest recently caught up with Gilliam for his thoughts on transitioning to the NFL and his big touchdown catch against the Miami Dolphins in Week 2.

1 How’s life for you right now? Is it just a whirlwind? How can you describe how these last couple weeks have been for you?

A: It’s great. It’s like a dream. It’s like everything I ever imagined and more. As a kid growing up wanting to play in the NFL, you want to score a touchdown and get on the field and play the game. I finally did that. It’s just a dream come true. I still can’t even believe it. I’m trying not to make that first touchdown the highlight of the season, hoping for even bigger things.

2 It was such an abrupt offseason. Normally a player in your position would have had extra time to show what you can do, and it was awfully difficult for any undrafted free agent to make their mark and earn a spot on an NFL roster straight out of the preseason. You were able to do that. How quick did you have to get up to speed and what was that process like?

A: It was really quick because coming in, I came in like July and camp started two weeks after I got here. So it was like, you’ve got to know your stuff and get going now. There’s no time to wait or you’re going to get passed by. So I’ve just been trying to take as much in as I can, really, try and be a sponge really, soak it all up.

3 Did you click with your tight end room, the coaches, and the playbook right away?

A: Yeah, since we were doing the virtual online meetings in the spring I kind of knew everybody and then when I got here I met up with and was able to do side things, like going out to eat or whatever.

4 I know you’ve talked about it a lot, but your first career touchdown against the Miami Dolphins was a heckuva catch. Can you describe how that play went and how it maybe surprised some people because it wasn’t just some routine catch ... because you really had to extend your arms there and reel it in.