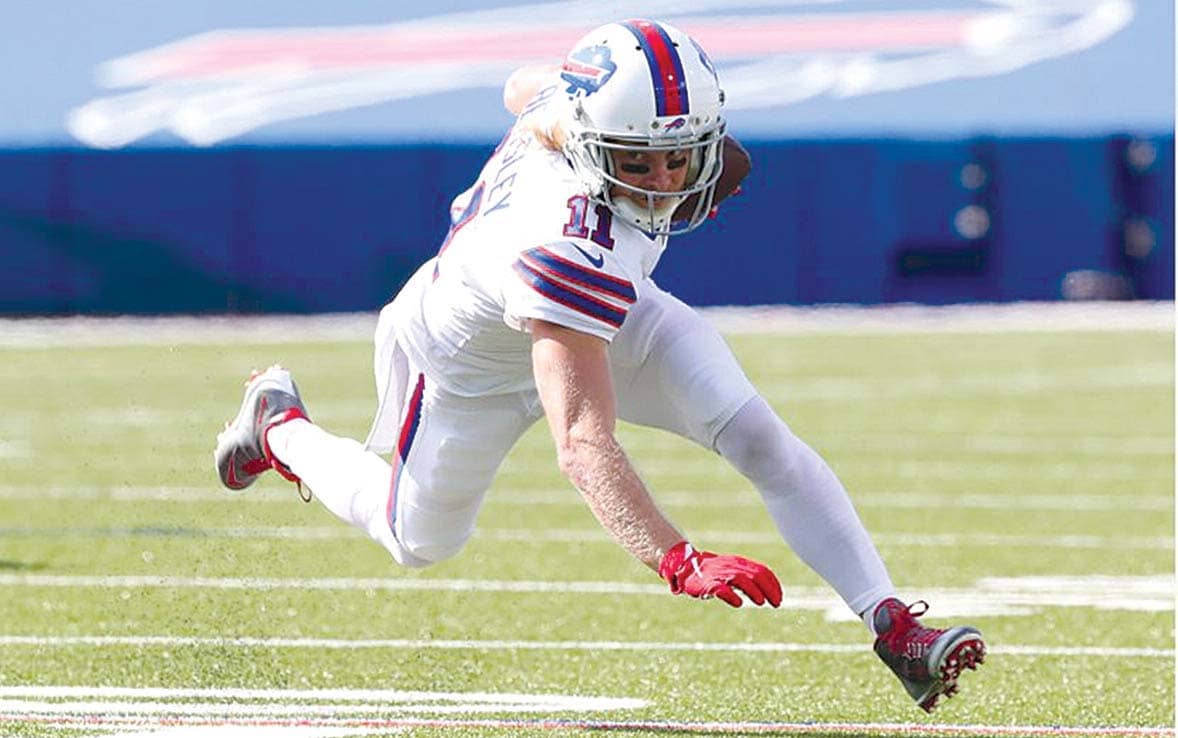 Buffalo’s offense has been rolling to open the season, and Beasley has been a big part of it as a key member of the team’s stacker receiving corps.

Cole Beasley is loving life with the Buffalo Bills right now. Buffalo’s offense has been rolling to open the season, and Beasley has been a big part of it as a key member of the team’s stacker receiving corps. Beasley made an immediate impact after joining the team last season and has become even more comfortable with Josh Allen and the rest of the Bills offense this year. Here’s a look at what Beasley has had to say about the development taking place both for Allen and the entire offense so far in 2020.

1 How has Sean McDermotthelped set the tone when it comes to dealing with all of the uncertainties this season?

A: He just does a good job of letting us know that we’re here for one reason and that’s to win a Super Bowl. So out of all the other stuff that we can’t control, that’s not for us to worry about. Our job is to come in here and just get better everyday. That’s pretty much it. We have a job to do and it’s our job to come in and do that job everyday.

2 We’ve talked a ton about howJosh Allen has made this incredible leap forward this year. Can you kind of specifically pinpoint what you’ve done the best to help him do what he’s been able to do? What have you provided him, in your opinion, that has maybe helped him in this very big leap he’s making?

A: The more reps that we get with each other, he’s definitely more comfortable. The catch I had (against the Raiders) kind of showed our growth between each other because I had an out route versus a guy that was so far outside and he still trusted it, he threw it on time, there was no delay. He just let that thing rip and trusted me to get open. Those are things that you wouldn’t have seen him do last year because there were too many unknowns, we didn’t have enough reps together. But now that we have, he’s starting to trust us a lot more and just let it fly. And really, so what I’ve done is I’ve done it in practice over and over again, that’s kind of how you build that trust. Just being where I’m supposed to be and being reliable for him and my job is, when he throws the ball my way, to catch it, or not let anything bad ever happen when he throws it my way, so he has that trust to just let it rip to me at any given moment.

3 On that touchdown catch youmade against the Raiders that you mentioned, the route that you ran and the way that he threw that ball, it was definitely a high ball, you had to go up and get it, but was that part of the design? Did he have to throw the ball where he did, or did you have to really help him out there a little bit?