The Only Place He Wants To Be 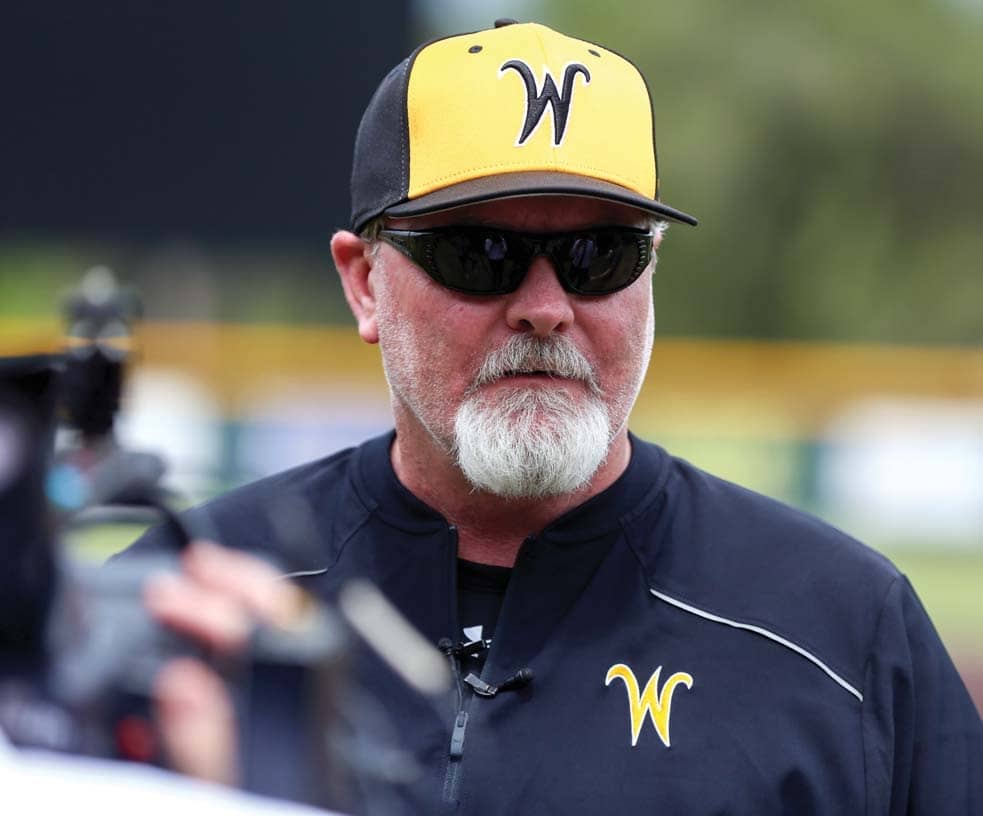 On May 29, Wichita State athletic director Darron Boatright took a big swing, hiring Eric Wedge to be his next head baseball coach.

The hire stands out on a couple of fronts. Wedge is a household name not often seen in college coaching.

Not only is he remembered fondly as a key piece of Wichita State’s 1989 national championship team, but casual observers likely remember him as the manager of the Indians and Mariners. He even won American League Manager of the Year with Cleveland in 2007.

In fact, Wedge is the first college coach to have managed in the major leagues since former White Sox player/manager Don Kessinger returned to his alma mater, Mississippi, to become the program’s head coach in 1991.

It also was an extraordinarily decisive act on the part of Boatright. The official announcement of Wedge’s hiring came just three days after the program parted ways with Todd Butler—and just two days before regionals got underway.

That timetable wasn’t happenstance. That was the search going as planned. Boatright made up his mind on Wedge when he heard the former catcher speak at his 2017 Missouri Valley Conference Hall of Fame induction.

“At that point, I knew if I were in the position and ever needed a baseball coach—regardless of what his role was, where he was, who he was managing—he was going to have to look me in the eye and turn me down,” Boatright said at Wedge’s introductory press conference.

The feeling was mutual, at least as far as college coaching jobs go. Wedge didn’t have eyes for any other program.

“This is the only place I want to be,” Wedge said. “This is like a second home to me. I’m originally from Fort Wayne, Indiana. The city of Wichita and Wichita State University is just part of my DNA. It’s just a big part of who I am.”

The Shockers are almost inarguably at a point where they need a big swing like the one Boatright took. A program that missed regionals just three times between 1980 and 2009 under Gene Stephenson has made one such trip since then, in 2013, Stephenson’s last year on the job, and that trip was later vacated by the NCAA.