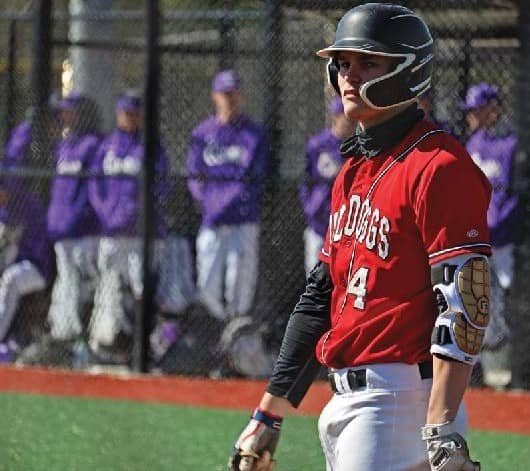 Brian Smith is no stranger to talent. As the head coach of WinderBarrow High in Winder, Ga., he’s seen his fair share of talented players and teams.

Smith has coached plenty of great players. From catcher Beau Hanna—a 12th-round pick of the Red Sox in 2017—to current Yankees prospect Pat Demarco to past first-round picks Travis Demeritte and Max Pentecost, the latter after three years at Kennesaw State.

Smith knows how to spot talent. He’s been around enough professional ballplayers to know what they look like. And he knows he has something just a little bit different than the average high school player with shortstop Brady House, his current star.

“It was just in crossing,” Smith said, thinking back to when he first put eyes on House as a 12-year-old. “I think there was an old camp. He was at a baseball camp that we hosted. You never can tell at that age what the growth is going to be like and the strength and the maturity, but you can see the skill set is there.

“You could tell something was there, but where things really got to be special is with how big and strong he took off.”

As a rising senior, House now stands around 6-foot-3 with about 215 pounds of muscular power. That isn’t what a typical high school player looks like. House was physical and tapered at age 15, and now some scouts say he looks like a young Kris Bryant. It’s no surprise that his physicality regularly shows up in games.

“This past spring we went to the Perfect Game showdown and faced good pitchers all the way through,” Smith said. “(Opposing pitchers were) trying to nibble to get him to chase something, and he completely went with a pitch to the gap when he needed to.

“They tried to waste one up and he was able to hang tough, and I think one of the pitches that stands out—it was a two-strike count, I think—just a little bit below the neck fastball that I felt like he was trying to protect. And he somehow got on top of that thing and hit about a 10-foot high line drive that went to the wall.