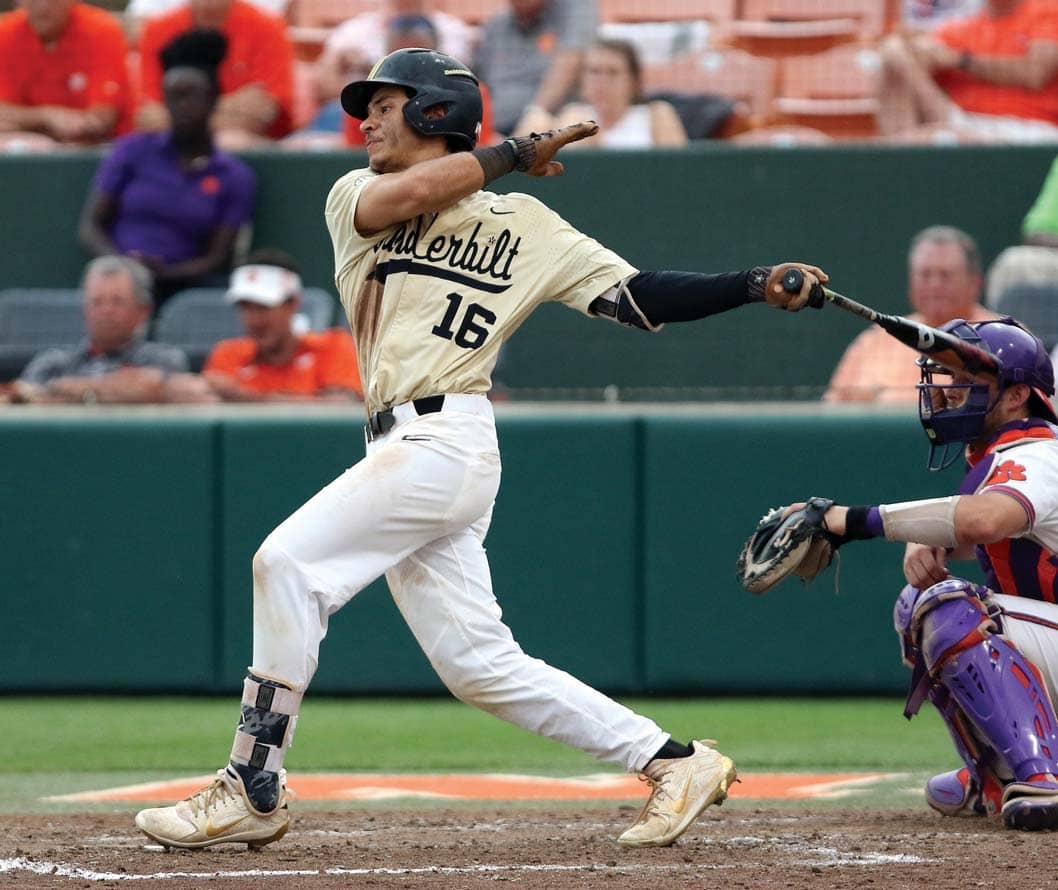 Austin Martin is always competing on the diamond. No matter what situation the Vanderbilt junior finds himself in, he attacks the game at full speed, always ready to make something happen.

Martin wants to win every play, every pitch, every situation, whether that happens to be the College World Series or in non-conference play.

“He just competes against the ball as well as any player I’ve seen.”

That mentality had Martin prepared for a whirlwind 2019. As a sophomore, he helped Vanderbilt win the national championship by hitting .392/.486/.604 with 10 home runs and 18 stolen bases. He moved to third base, a new position for him. He led the Southeastern Conference in batting. He was the only underclassmen to be named All-America.

Martin had just two days to celebrate following the national championship before he and closer Tyler Brown were on a plane to Cary, N.C., to join USA Baseball’s Collegiate National Team for its summer tour, which soon took them to Taiwan and Japan. Martin moved to center field for Team USA, helping to fill a hole left by injury, and continued to star.