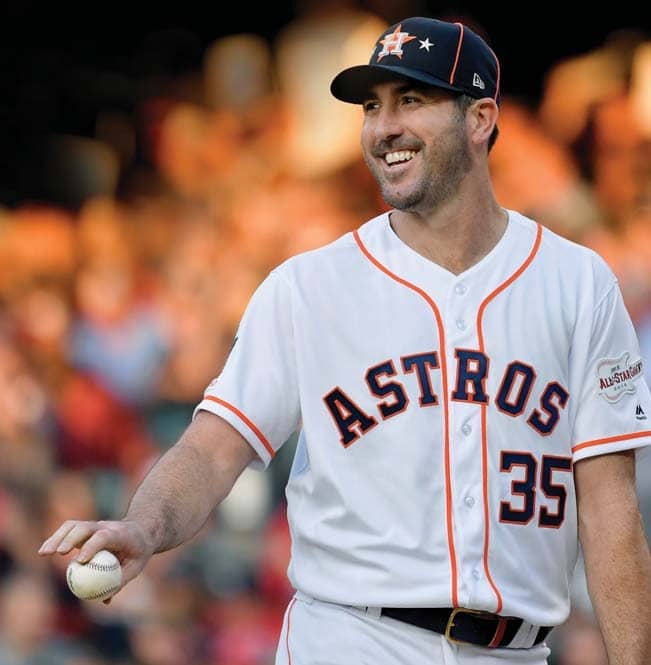 In a historic year for home runs, Justin Verlander made history of his own

John Smoltz knows a thing or two about limiting hard contact. He allowed a lower opponent average in the 1990s than any starter but Randy Johnson, Pedro Martinez, David Cone, Roger Clemens or Curt Schilling.

But even Smoltz couldn’t help gushing about the Astros’ Justin Verlander during the FS1 broadcast of Game 2 of the American League Championship Series pitting Houston against the Yankees.

“It’s hard to find an average that starts with a ‘2,’ ” said Smoltz on the telecast, referring to Verlander’s historic season in which he limited hits and baserunners like few starting pitchers in history.

Verlander in 2019 recorded the third-lowest WHIP and fifth-lowest opponent average in the modern era, which stretches back to 1901. The names surrounding him on the lists—Pedro Martinez, Walter Johnson, Nolan Ryan, Greg Maddux—signify everything.

Verlander also posted historically low batting averages with runners on base and against left-handed batters. (See the table at right for full details.)